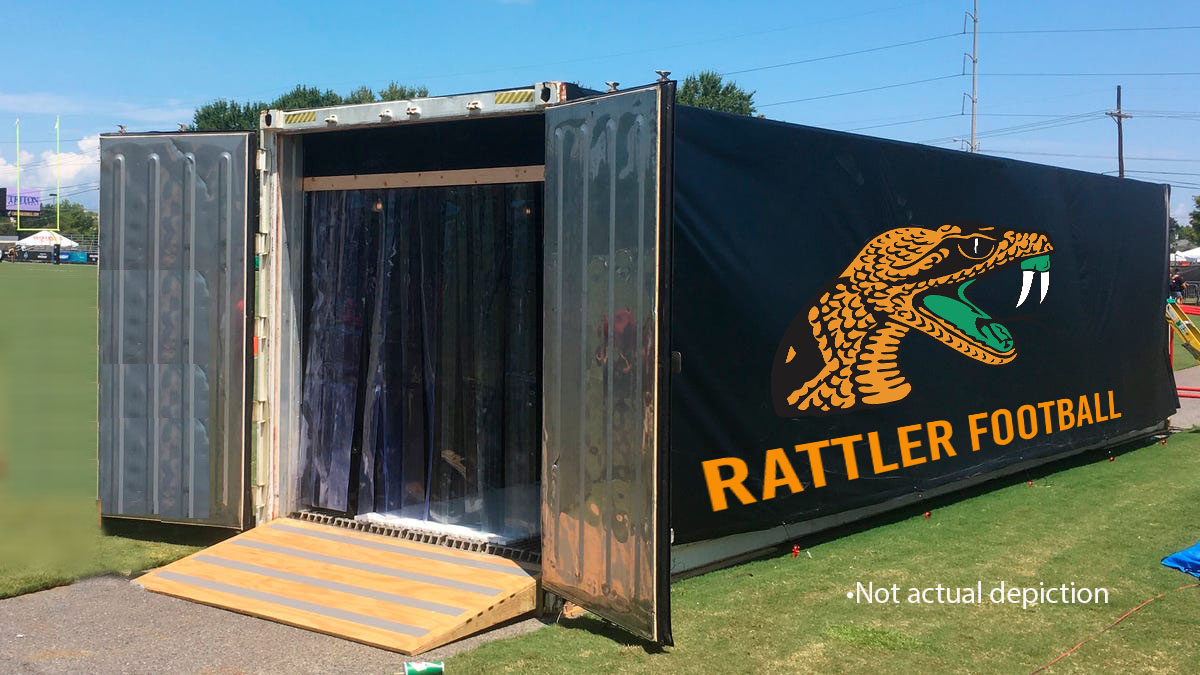 Florida A&M to be first HBCU with Player Recovery Cooler

FAMU joins schools like Alabama, LSU, Clemson and FSU who use the technology

Florida A&M will become the first HBCU to implement the cutting-edge Boudreaux Box apparatus to protect its football players from the intense summer heat that comes with preparing for the fall season.  Currently The University of Alabama, LSU, South Carolina, Clemson, and Florida State are among the “Power-5” schools using the system for its athletes.  Several NFL teams including the New Orleans Saints and Las Vegas Raiders also use the system to protect NFL players during training.  Boudreaux confirmed that no other HBCU is currently implementing the system.

In 2021, two FAMU football players collapsed from heat illness during practice. Both players were stabilized on-site then rushed to the hospital and both survived. Heat related issues have been a perennial problem for the Rattler football team practicing under the Florida sun, especially during the months of July and August. That’s about to change.

A preventive measure to heatstroke

According to the Center for Disease Control, heat illness during practice or competition is the leading cause of death and disability among athletes in the United States. Heatstroke is caused by your body overheating as a result of prolonged exposure to physical exertion in high temperature. The body becomes unable to control the temperature. The sweating mechanism fails, the body is unable to cool down and your temperature can rise to 104 degrees Fahrenheit or higher.

Paul Boudreaux, a retired equipment manager from Louisiana State University and now entrepreneur, may have solved the heat problems for football players at all levels of the game. The Boudreaux Box, a modified refrigerated shipping container designed to keep football players from becoming overheated, has received growing interest at the highest levels of competitive football.  The 9’x40’ container can house several players at a time and can maintain temperatures at 18 degrees Fahrenheit.  Players enter the box for times that range from 10-15 minutes.  Research from LSU shows that not only does it bring the body temperatures back to safe levels, but they have noticed the isolation returns a much more focused athlete.

The implementation of the system is a partnership between the FAMU Department of Athletics and the FAMU 220 Quarterback Club, a support organization of FAMU retirees, alums and friends.  President Eddie Jackson brought the initiative to the group and the funds for the Boudreaux Box was raised in under three months.

“This has been the easiest campaign I have ever been a part of.  When we learned that ‘Power 5’ teams used the Boudreux Box to protect its athletes, we decided we wanted that for our players.  When I told our group that FSU players across town benefitted from utilizing the box every year, they immediately reacted that they wanted the Rattlers to have the same opportunity for safety,” Jackson said.

FAMU VP/Director of Athletics Kortne Gosha is ecstatic that the 220 Quarterback Club initiated and raised the funds for this all too important effort.

“When it comes to the safety of our student-athletes, we make it a priority from all angles.  One of the most vulnerable positions we are put in is during the Summer when football players are preparing for the fall in 90-100+ degree heat.  We applaud the efforts of the 220 Quarterback Club for their support in the initiative to use the latest in technology and implementation of the Boudreaux Box to support student-athlete welfare,” said Gosha.

The unit will be installed before July

Boudreaux visited campus on Mar. 16 for a site visit of where the unit will be housed.  He was the guest speaker at the 220 Quarterback Club’s weekly luncheon and offered some wit to the seriousness of heat illness in college football players.  FAMU President Dr. Larry Robinson, who often stops through 220 Quarterback Club meetings was present at the luncheon and offered kudos to the group for engaging in the protection of its student-athletes.

Florida A&M to be first HBCU with Player Recovery Cooler