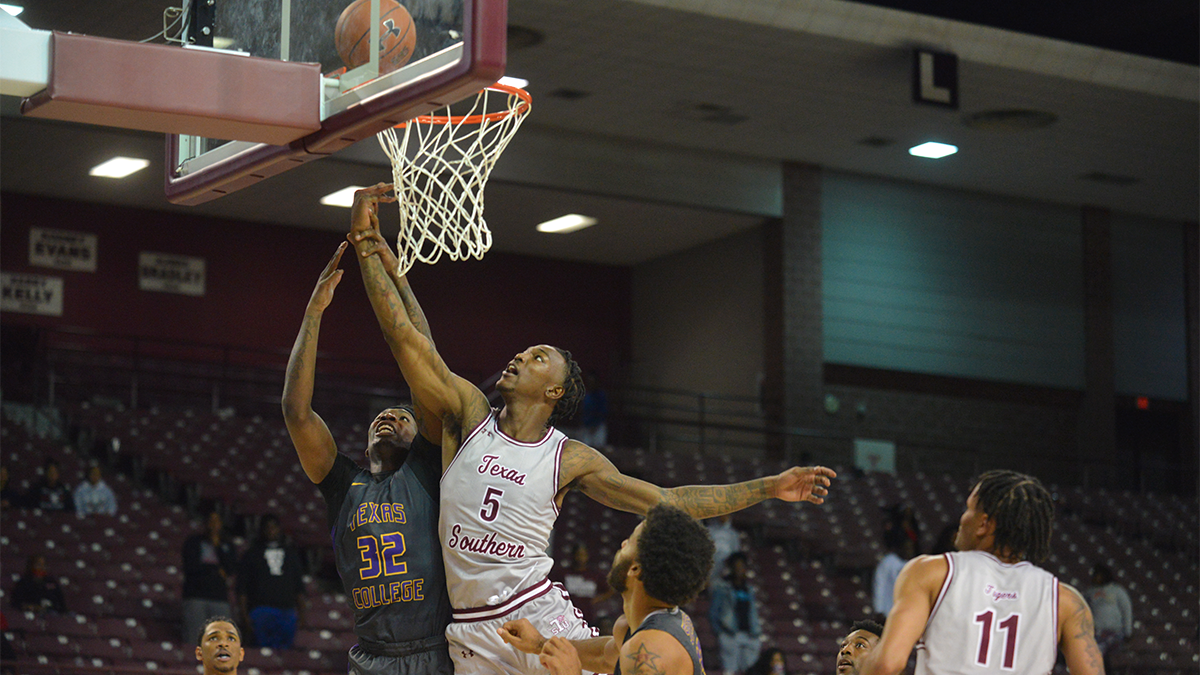 Texas Southern no match for Kansas

Texas Southern bowed out of the NCAA Tournament with a tough loss to Kansas on Thursday.

Texas Southern has slayed college basketball giants before, but Thursday night’s NCAA Tournament game was not one of those times.

The SWAC basketball champs were outmanned and out-gunned by a powerful Kansas squad in an 83-56 loss in Fort Worth, TX.

“They fought extremely hard there in the second half. I didn’t think we played well in the first half. But I thought the second half we played, continued to fight, and made some plays and resembled the type of team we’ve been most of the time throughout the year,” Texas Southern head coach Johnny Jones said. “But unfortunately we ran into a team that’s very efficient, played extremely well and looked like one of the top two or three teams in the country tonight.”

The Tigers briefly took a 2-0 lead on the first basket of the game — but it would be their lone lead. The Jayhawk offense kicked into gear and by halftime it had a 47-19 lead which it never came close to relinquishing.

Kansas shot 50 percent from the field, hitting on 34 of its 68 attempts. It shot well from 3-point range too, hitting 11 of 23 attempts from long-range. Five of its players hit double-figures, led by Remy Martin’s 15 points off the bench as he hit six of eight attempts from the field. Christen Braum finished with 14 points

Texas Southern, meanwhile, shot just 32.8 percent from the field and hit just three of its 14 attempts from 3-point range. John Walker III led it with 13 points. No other player scored in double-figures.

This marks the second year in a row Texas Southern has bowed out in the Round of 64 after winning a First Four contest. Texas Southern finished the season 19-13 overall, with a SWAC Tournament title and a win against Texas A&M Corpus-Christi.

Texas Southern no match for Kansas