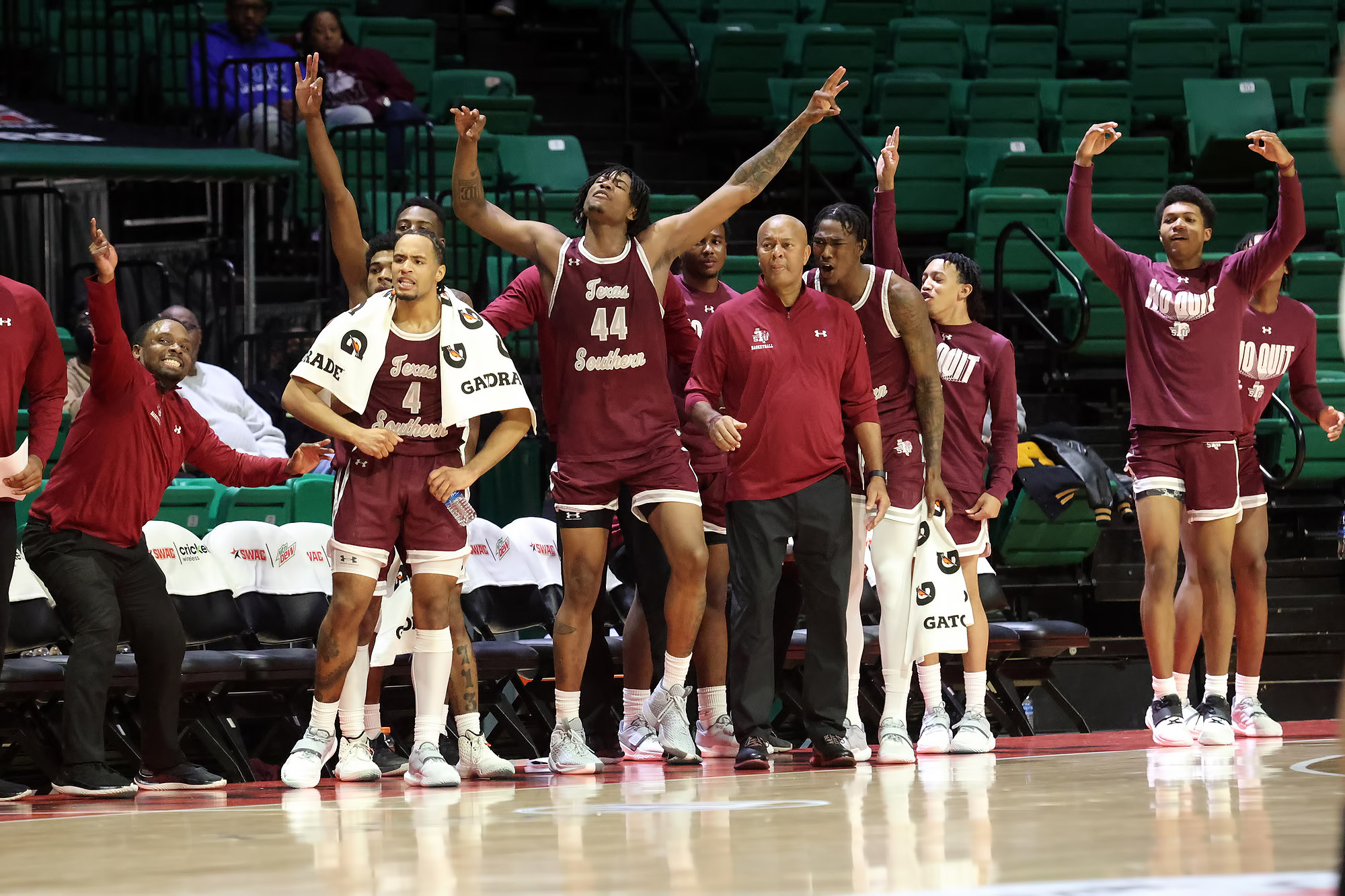 Tigers advance to take on No. 1 seed Kansas

In the first half Texas Southern got behind early after opening the game with two consecutive turnovers on post entry passes. Texas A&M-CC seemed to be sharper to start the game but Texas Southern found some stability from the bench.

Bryson Etienne didn’t get the start but his three pointer at the 7:31 mark gave Texas Southern its first lead of the game at 23-21. It was the eighth point of the game for Etienne who sparked an 20-8 run to push the lead up to 25-21 heading into the final five minutes of the half.

John Walker III also provided a lift for Texas Southern with eight points off the bench in the first half as Texas Southern led 32-30 at the break. While it was a tight game for the first twenty minutes, Texas Southern’s rim defense served as an advantage. The Tigers led in blocks 4-2 at the half.

After halftime the lead fluctuated from two to six points for Texas Southern for the first eleven minutes of the second half. Brison Gresham controlled the paint with his blocking and rebounding which forced Texas A&M-CC to go outside, and it worked.

Trevian Tennyson made back to back three pointers with the second giving the Islanders its first lead of the second half at 50-49. Texas A&M-CC then went up four after a Myles Smith three pointer, putting the book end on a 12-2 Islanders’ run.

Tigers close it out late

Texas Southern would retake a 62-61 lead when PJ Henry was fouled on a three point shot attempt and made all three free throws. After two missed point blank shots AJ Lawson made a layup to push the lead to 64-61. Two free throws by Walker made it a 66-61 lead with 3:20 to go.

It was free throws that closed out the game for Texas Southern as Henry and Etienne both knocked down a pair to push the lead to 71-62. TSU survived a few hairy moments down the stretch after consecutive turnovers on inbounds passes but ultimately held on for the 76-67 win.

Etienne led the way for TSU with 21 points going 9-9 from the free throw line. Gresham had six points, six blocks and 14 rebounds. Next up the Tigers will be close to home in Fort Worth versus No. 1 Kansas.

“I can’t tell you how excited we are to get back in the Fort Worth, Dallas area, it’s an area where our fans will be able to come. Kansas is a fantastic basketball team. Bill Self has done a tremendous job over the years, great tradition. It’s something our players are really looking forward to. We certainly welcome the opportunity which presented itself because of the play here tonight,” said Johnny Jones after the win.

It was the third win in four trips to the NCAA First Four for Texas Southern. The game against Kansas will be on Thursday with a 9:57 EST tip.