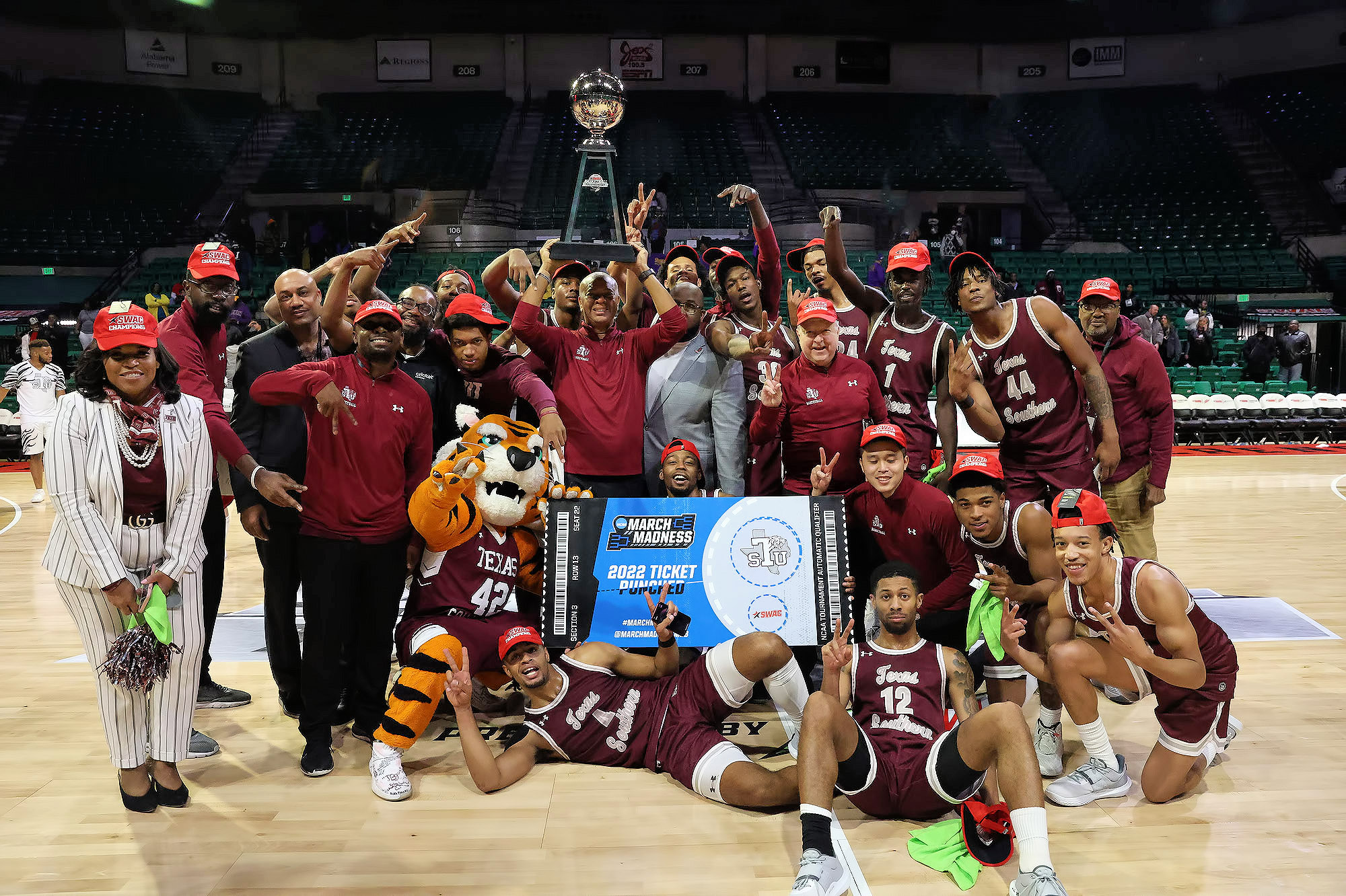 Texas Southern is headed to Dayton.

Texas Southern wasn’t the best in the SWAC regular season, but it was the best when it counted the most. The 2022 SWAC Tournament champions are headed back to the NCAA Tournament in the first four play-in tournament. Texas Southern will play Texas A&M-Corpus Christi (23-11), the champions of the Southland Conference.

The game will pit the two teams against one another as No. 16 seeds. The winner will go on to face No. 1 seed Kansas (28-6) in the first round.

The Tigers per usual played a stiff out of conference schedule this year. TSU turned a lot of heads in November when it thoroughly beat Florida 69-54 in Gainesville in December. Florida was ranked No. 20 in the country at the time.

Texas Southern is currently 18-12, having finished 13-5 in conference play. During the SWAC Tournament the Tigers defeated Jackson State, Grambling and Alcorn State en route to its second consecutive championship.

TSU doesn’t have anyone who scores in double figures but they are a highly balanced team offensively. John Walker III leads the team in scoring at 9.9 points per game. Karl Nicholas averages 9.2 and Bryson Etienne averages 8.5 points per game. Brison Gresham, who transferred from the University of Houston’s final four team leads the team in rebounding and blocks. TSU has eight players who average six points or more.

The First Four is played March 15 and 16 in Dayton, Ohio. Texas Southern will play on Tuesday night.