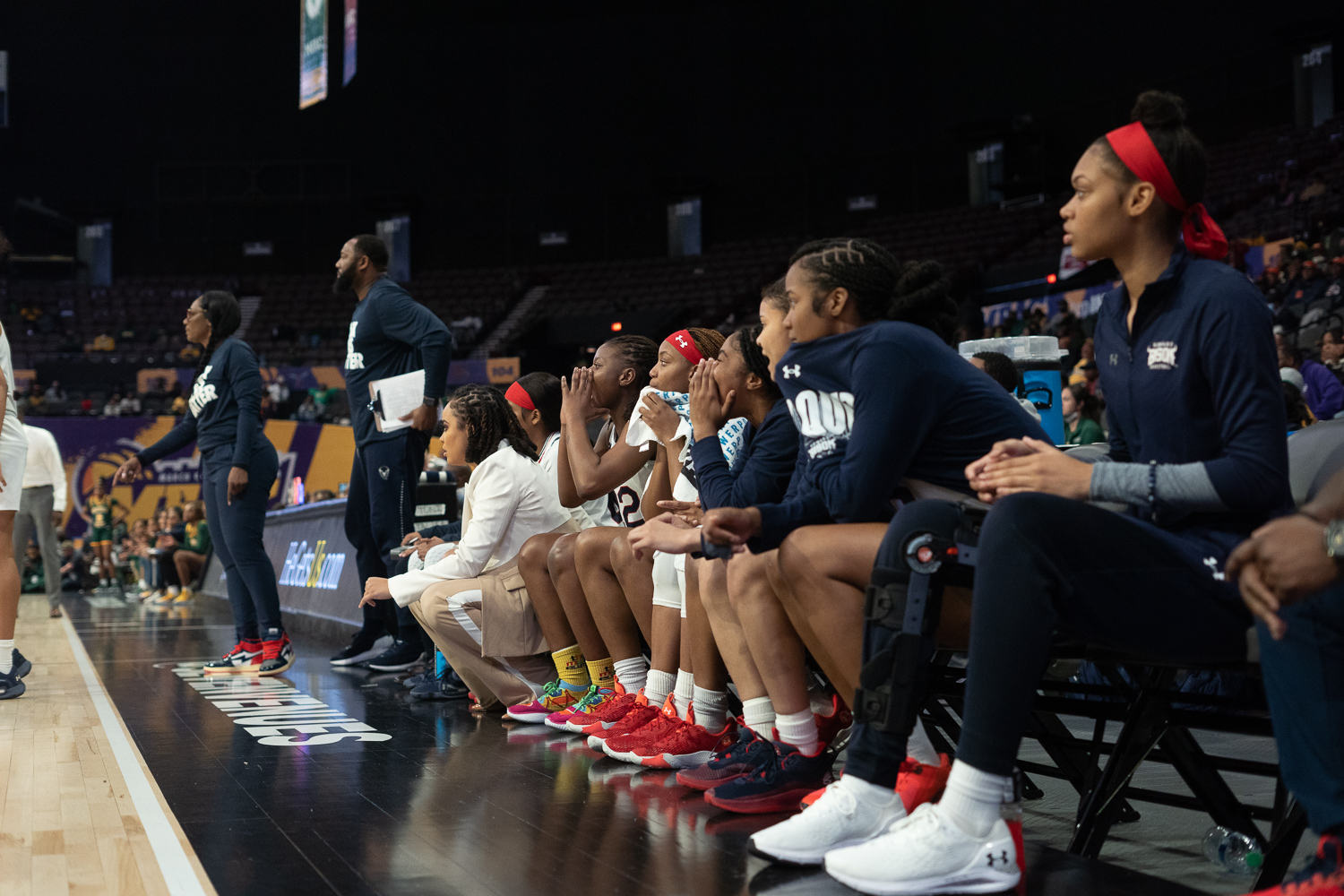 It’s been a long time since Howard University women’s basketball went to The Big Dance. The Bison women don’t plan to be one-and-done, either.

COLUMBIA – After making the NCAA Tournament for the first time since 2001, the Howard University Bison are ready for the moment. They face Incarnate Word at 7 p.m. Wednesday in Colonial Life Arena.

Though the last time the Bison were in the Big Dance many of Howard’s currently players were in diapers, they still have a slight leg up as a school on Incarnate Word. They won the Southland Conference championship and are appearing in their first NCAA Tournament in program history. The Bison were close to appearing in the tournament last year and believe the trials they’ve overcome the last few years have prepared them.

As the upperclassmen are tasked with keeping themselves and their younger teammates poised and focused, head coach Ty Grace said she thinks her team is in good head space.

“We don’t feel any pressure. It’s all about showing their greatness, being great players, being great people and you know there’s no pressure,” she said during NCAA Tournament media availability. “Like they said, they are built for this. They’ve been working whole life, they’ve been playing basketball since a young age so it’s just a different stage. They’ve been on every stage in their life and so now this is just another one for them to turn up and do what they do and showcase their skills.”

She added that this moment is a true testament to her team’s hard work and focus all year.

“I’m just extremely proud of them They have just been locked in from day one,” she said. “We’ve been talking about championships since the beginning of the season. We took our lumps we took some losses people counted us out and here they are so there’s no pressure. They are just going to go out and do what they do.”

The winner of the Incarnate Word-Howard University matchup will take on no. 1 seed South Carolina State on March 18 at 2 P.M.