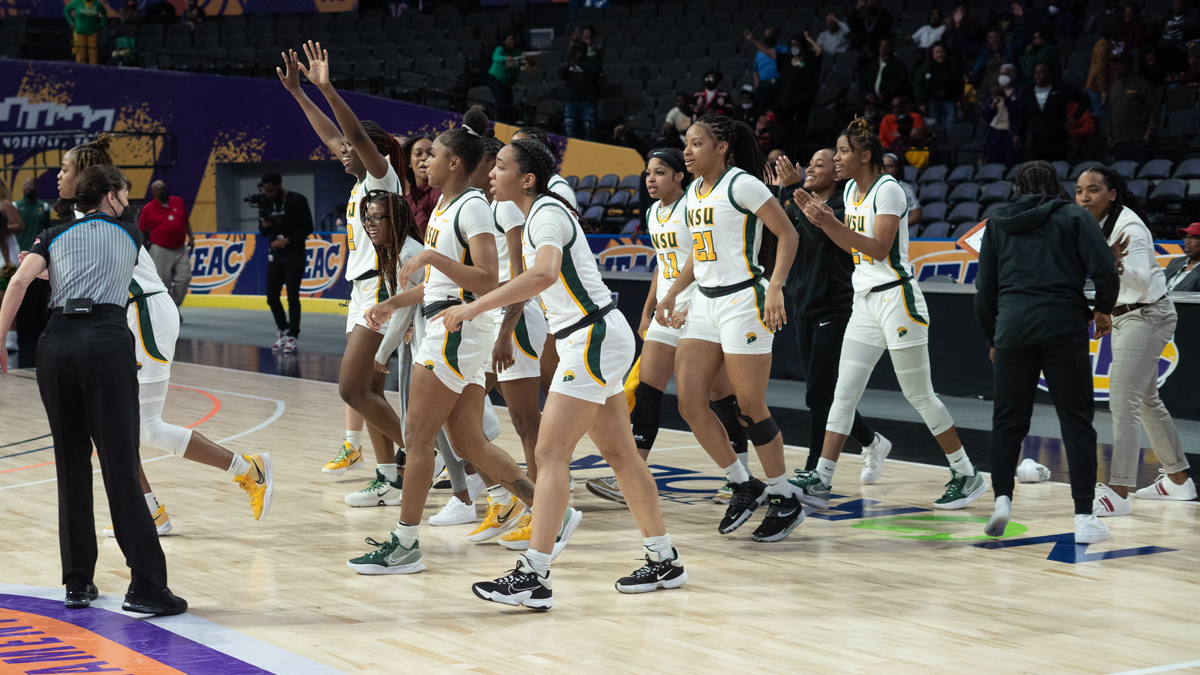 The Norfolk State women fell short in the MEAC Tournament but they will still get a chance to compete for a title.

The selection extends an already-historic season for NSU. The Spartans went 15-10 in the regular season, posting an 11-3 conference record that earned the squad its first-ever share of the MEAC regular season title. NSU landed two players (Deja Francis and Camille Downs) on the All-MEAC First Team for the first time in program history, and Mahoganie Williams earned Second Team honors. Downs and Williams were both named to the All-Defensive Team, with Downs awarded MEAC Defensive Player of the Year.

The Spartans advanced all the way to the MEAC Championship by defeating No. 7 seed North Carolina Central in the quarterfinal and No. 3 Morgan State in the semifinal. The team clinched the thrilling win over the Bears when Downs hit a miraculous turnaround jumper at the buzzer. Downs and Francis were both selected to the All-Tournament Team.

The official WNIT bracket will be posted by 2:00 p.m. on Monday, which will reveal the Spartans’ seed and opening opponent. The first round will take place between Mar. 16 and Mar. 18 across 32 host sites.