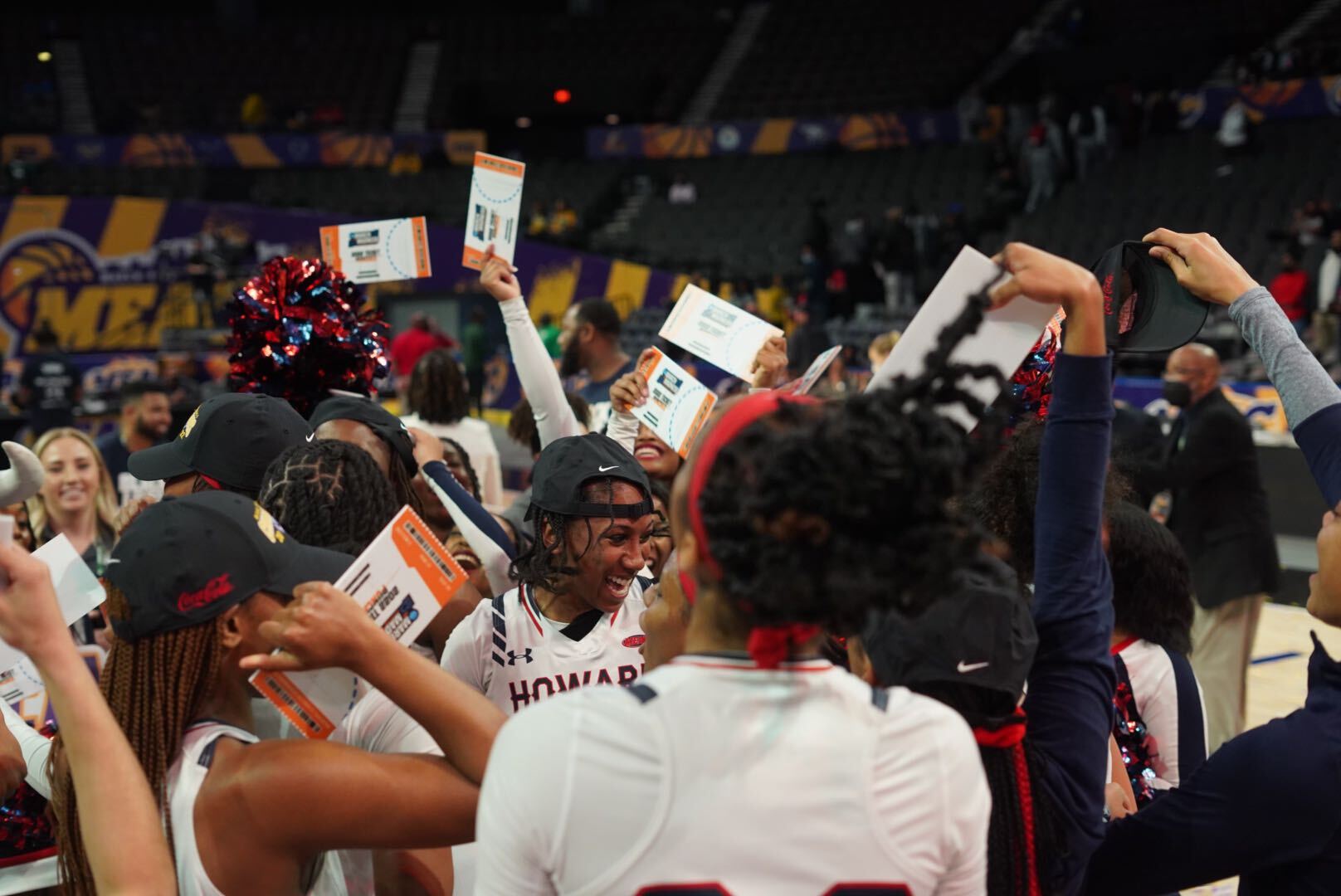 Destiny Howell scored 25 points as top seed Howard pulled away from second-seed Norfolk State in their rubber match for the MEAC Tournament title. The Lady Bison hold their tickets to the NCAA Big Dance after the win.

Howell, a second-team all-MEAC selection and the Lady Bison’s leading scorer (12.5 ppg.), had 14 points through two quarters as Howard built a 29-22 lead at halftime. She added another 11 in the second half as Howard pulled away.

By virtue of the win, the Lady Bison (20-9) earn the conference’s automatic berth to the women’s NCAA Div. I Championship playoffs.

In this game, Howard jumped on top 4-2 on a basket by Brooklyn Fort-Davis at the 7:53 mark of the first quarter and never surrendered the lead. NSU pulled within 3, at 31-28 early in the third period but could only close the gap to 34-30 at the end of three.

The Bison lead reached double-figures at 46-36 when first-team all-MEAC center Anzhane’ Hutton scored inside with 4:32 to play. Hutton who had no points or rebounds in the first half, scored six points and grabbed six boards in the second half.

Howell was the only Bison to reach double-digit scoring. Fort-Davis had 11 rebounds to lead HU to a 46-30 rebounding edge.

Camille Downs, NSU’s first team all-MEAC guard, led the Spartans with 11 points before fouling out in the final minutes. Makoye Diawara added ten points and led NSU off the board with 13 rebounds.