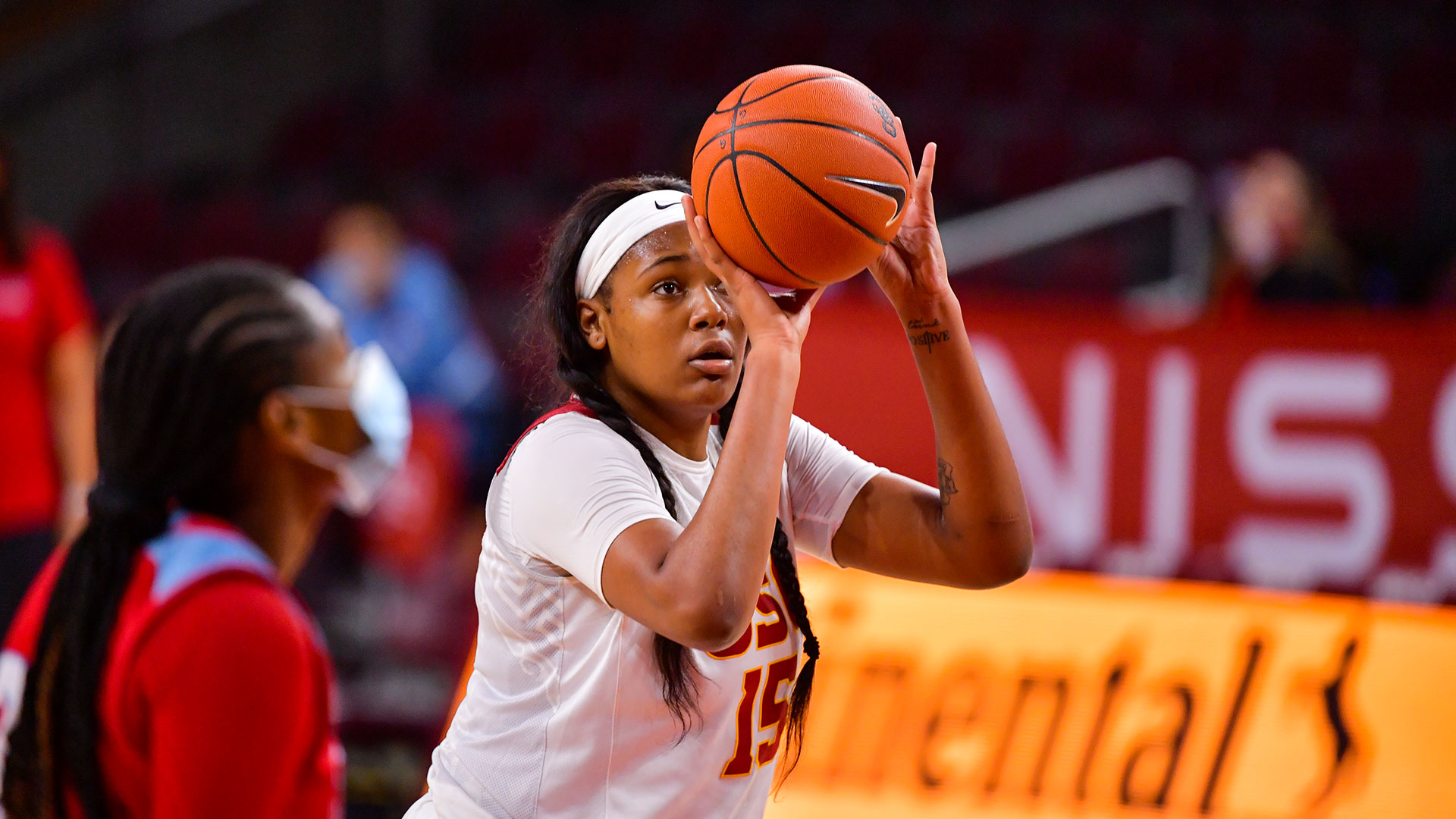 Angel Jackson is leaving USC to play the post for Jackson State.

Angel Jackson a former McDonald’s All-American player in high school, announced that she is transferring to play at Jackson State. Jackson who is 21 years old, spent her first three seasons playing at the University of Southern California. She made the announcement on Sunday night via social media.

The 6’5″ center also played in the Jordan Brand Classic as a senior in high school. The Richmond, California native was a first-team all-state and all-Bay Area selection.

Jackson played in thirty games during the 2019-2020 season averaging seven points and nearly five rebounds per game. Her averages were nearly the same in her sophomore season where she started 12 games. This past season Jackson appeared in 16 games for USC starting in four of those. She averaged 4.4 points per game and averaged 3.2 rebounds.

This commitment comes on the same night that Jackson State earned a No. 14 seed in the women’s NCAA Tournament. Coach Tomekia Reed spoke on Saturday about making her program, winners of 21 straight games, a destination spot.

“Every year we want to elevate what we bring to the table. To finally do something where we can make national attention, that’s what we want to do. To hear stats like that is telling us that we are on our way. We don’t want to just be competitive in the SWAC, we want to be competitive outside of the SWAC. And let everybody know that this is a great place to be,” Reed said.

Jackson State will play on Saturday against No. 3 seed LSU in the NCAA Tournament.