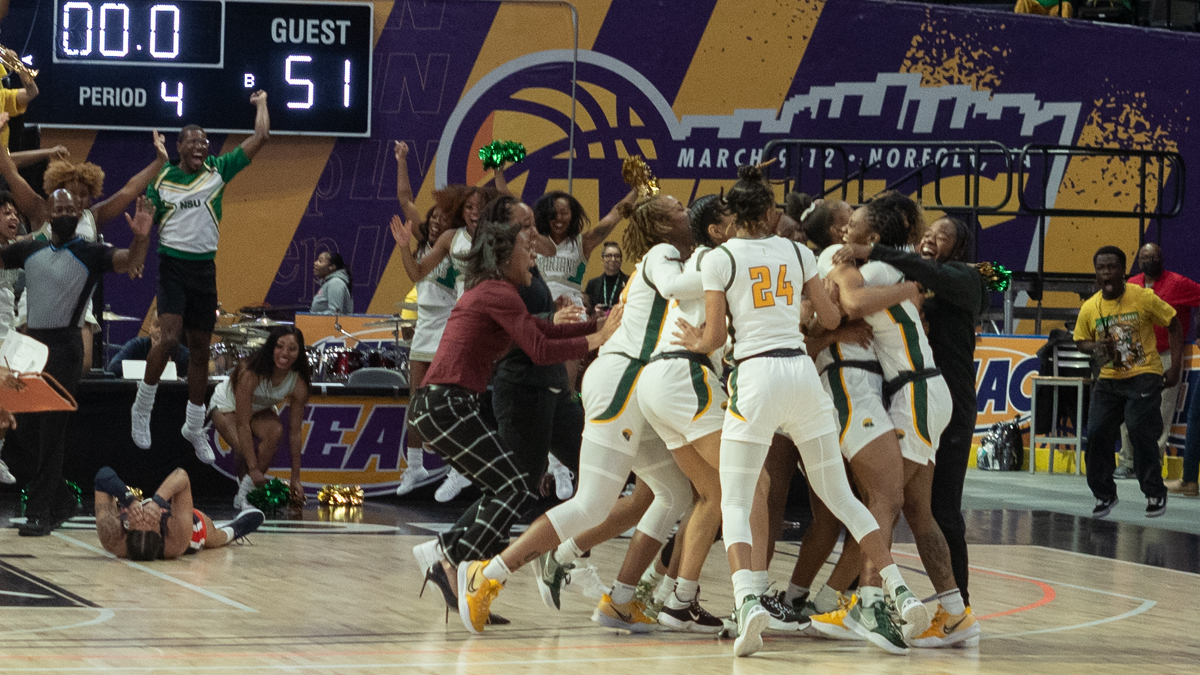 Norfolk State survived a scare from Morgan State. It will take on Howard University in the MEAC Tournament finals.

The women’s championship game of the MEAC Tournament is now set as Norfolk State will take on Howard University.

Howard, the top overall seed in the women’s bracket, had a pretty easy time with Maryland-Eastern Shore in a 68-54 win.

Norfolk State’s win over Morgan State was anything but easy. The game came down to the very last possession as Camille Downs secured an offensive board and tossed the ball through the net as time expired to give her team a 53-51 win and a berth in the MEAC Final.

“I was very confident in myself and my teammates were very happy for me,” Downs said after the game. “They kept telling me to shoot, and shoot throughout the game and they kept giving me positive vibes.”

Rebounding was a concern for NSU head coach Larry Vickers, whose team had already dropped a game to Morgan State this season due in part to rebounding.

This is Norfolk State’s second championship game appearance under Vickers. The previous instance was in 2019 when NSU fell short to Bethune-Cookman. While al those players are gone, Vickers says he and his staff have learned from that experience.

“Tomorrow is a different day where the men, their championship game is going to be long with the media timeouts and they’re going to celebrate it. Sometimes you can sort of sit around a bit. So I think from the first time we were here, when we lost to Bethune-Cookman in the finals, I’ll know how to better prepare for the day. What time to show up and when to start our warmup and things like that.

Howard, meanwhile, will be in the MEAC Tournament title game for the second time in a row. It lost a closely contested game to North Carolina A&T last year.

Both schools will be looking to finish the job on Saturday, but NSU will have the added advantage and the added pressure of playing at home.