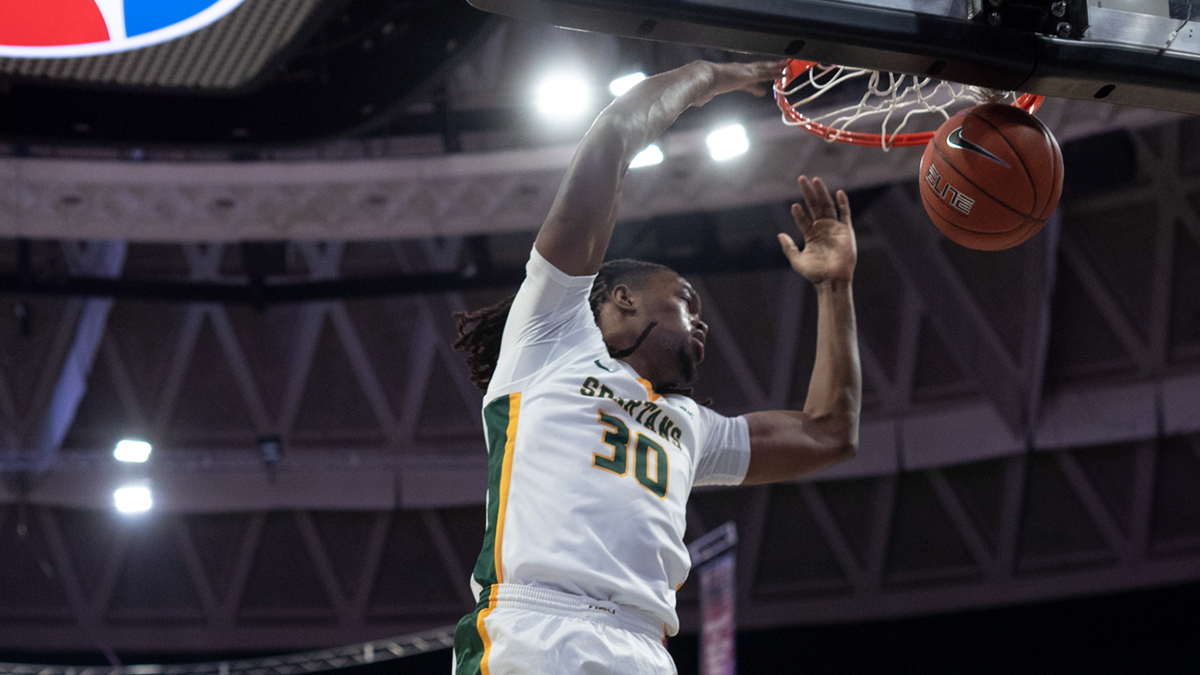 Kris Bankston scores on one of his
six dunks during Norfolk State’s 72-63 win over Morgan State that puts the Spartans in the Saturday’s MEAC Tournament championship game.

The defending champion Spartans (24-6) will face the winner of Friday’s other semifinal. Third-seed NC Central met seventh-seed Coppin State in that game. The championship game is set for Saturday at 1 p.m.

The teams were close early

The teams, who split two games in the regular season, were tied at 28 at the half and at 49 midway through the second half. But Norfolk State, after building a 59-53 lead, got a trip downcourt that resulted in a five-point play that all but decided the contest.

NSU’s Jalen Hawkins got loose on a breakaway layup and was grabbed and fouled by MSU’s Trevor Moore. Officials ruled it an intentional foul, awarding Hawkins two shots and the Spartans the ball afterwards. Hawkins converted both free throws. On the ensuing possession, he drained a 3-pointer to put the Spartans up 64-53 with 6:33 left.

Norfolk built the lead to as much as 14 at 68-54. The Bears could only cut the lead below double-digits once in the last two minutes.