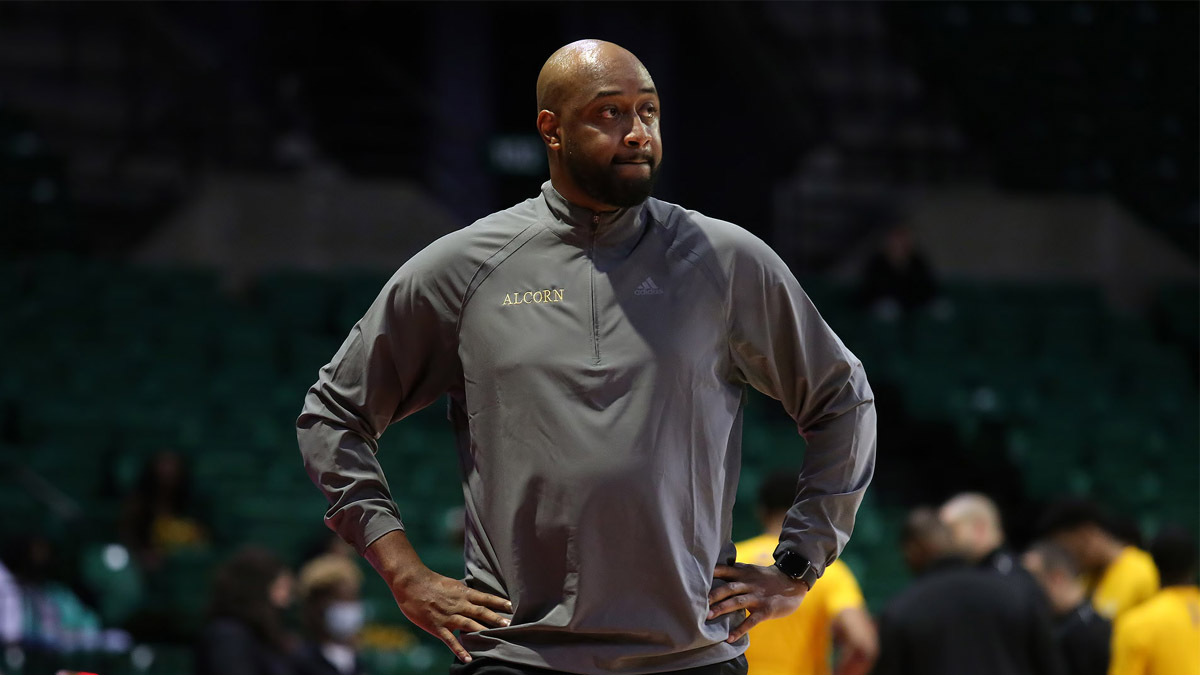 Alcorn State coach: “I didn’t want it to end like this”

The coach and his team were tested in Wednesday evening’s SWAC Tournament quarterfinals but they came out on top. The Braves (16-15) trailed for much of the game but found a way to force overtime and come up with a 64-63 win over Prairie View A&M to advance to the semifinals on Friday.

After the game, an emotional Bussie talked about his team’s resilience as it faced elimination.

“I’m just so excited that our season continues,” Bussie said in the postgame interview, fighting back tears. “I just didn’t want it to end like this.” Alcorn State won the regular season title and is the tournament’s top seed for the first time in 20 years.

Prairie View held a six-point lead at 54-48 with 2:28 remaining but Alcorn State locked down on defense and shut out the Panthers down the stretch. Alcorn’s Dominic Brewton hit a 3-pointer with four seconds remaining to force overtime with the teams tied at 54.

“It saved our season,” Bussie said.

Despite his team being the top seed in the conference, the former Prairie View assistant knew it was in for a dogfight to open the SWAC Tournament. He said he expected everything his team got on Wednesday night from his former team.

And that’s just what the Braves did in overtime. The two teams traded the lead, neither getting ahead by more than three in the extra period. It came down to free throws as Jeremiah Gambrell tied the game at 63 for the Panthers with his first free throw but missed the second with :49 seconds remaining.

Alcorn State’s Justin Thomas was fouled with just one second left. He hit the first of two free throws to give his team the lead and seal the game.

Alcorn State advances to take on the winner of Thursday’s Alabama A&M-Florida A&M game on Friday night in one SWAC Tournament semifinal.

Alcorn State coach: “I didn’t want it to end like this”