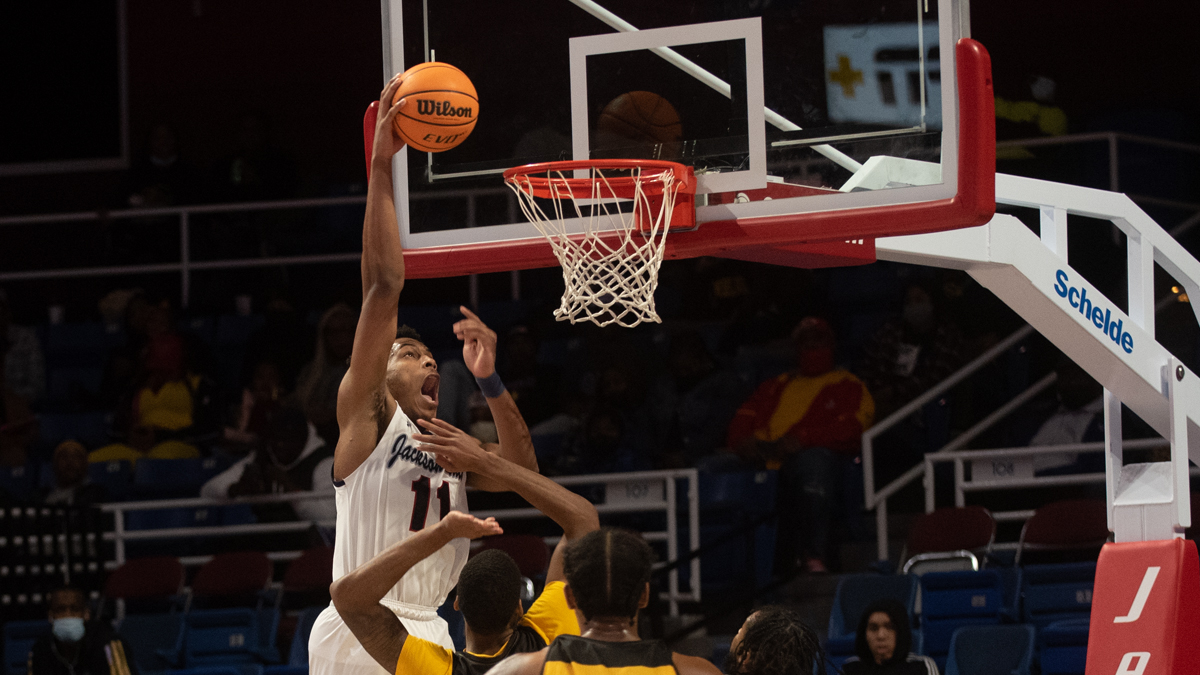 The SWAC has released its 2021-2022 Player of The Year, Defensive POTY, Coach of The Year and All-Conference teams.

BIRMINGHAM, Ala. – The Southwestern Athletic Conference announced its 2021-22 All-SWAC Men’s Basketball teams and individual award winners on Tuesday morning. The all-conference honors were voted on by the league’s coaches and sports information directors.

Arkansas-Pine Bluff Shawn Williams was tabbed Newcomer of the Year, Mississippi Valley State’s Gary Grant was selected Freshman of the Year, and Alcorn State’s Landon Bussie was voted SWAC Coach of the Year.

Randolph impacted the Florida A&M Rattlers in all aspects of the game this past season as he led the SWAC in points per game with 18.8 ppg, while ranking 3rd in field goal percentage, 4th in assists per game, 4th in steals per game, 2nd in defensive rebounds per game, and 4th in rebounds per game. Randolph scored 30+ points three times and 20+ points 14 times while earning SWAC weekly honors five times this season.

McKinnis was a significant contributor for Jackson State leading the team in scoring (12.3 ppg), rebounding (10.2 rpg), and blocks (2.9 bpg) during the 2021-22 campaign. He concluded regular season play leading the league in rebounds per game, blocks per game and field goal percentage. He tallied 20 double-digit scoring games, 15 double-digit rebounding games, and 14 double-doubles this past season.

Williams averaged 16.6 points per game for the Golden Lions ranking 2nd in the league in that category. He ranked 6th in the conference in assists per game (3.4 apg) while connecting on over 40 percent of his shot attempts. Williams also ranked 2nd in three-point field goal percentage and 4th in assist/turnover ratio for the 2021-22 regular season campaign.

Grant ranked 7th in the SWAC in free throws made (90) this past season. He scored in double-digits in 18-of-28 MVSU games played and logged three double-figure rebound games. Grant led MVSU in double-doubles, field-goal percentage, rebounds per game and blocks while averaging 10.4 points per outing.

Bussie led the Alcorn State Braves to a 14-4 overall record in league play this past season. Alcorn State claimed the SWAC Men’s Basketball Regular Season title along with the #1 seed in the upcoming tournament. The regular season title marked Alcorn State’s first championship in men’s basketball in two decades (2001-02).

The complete list all-conference selections and individual awards winners is listed below.