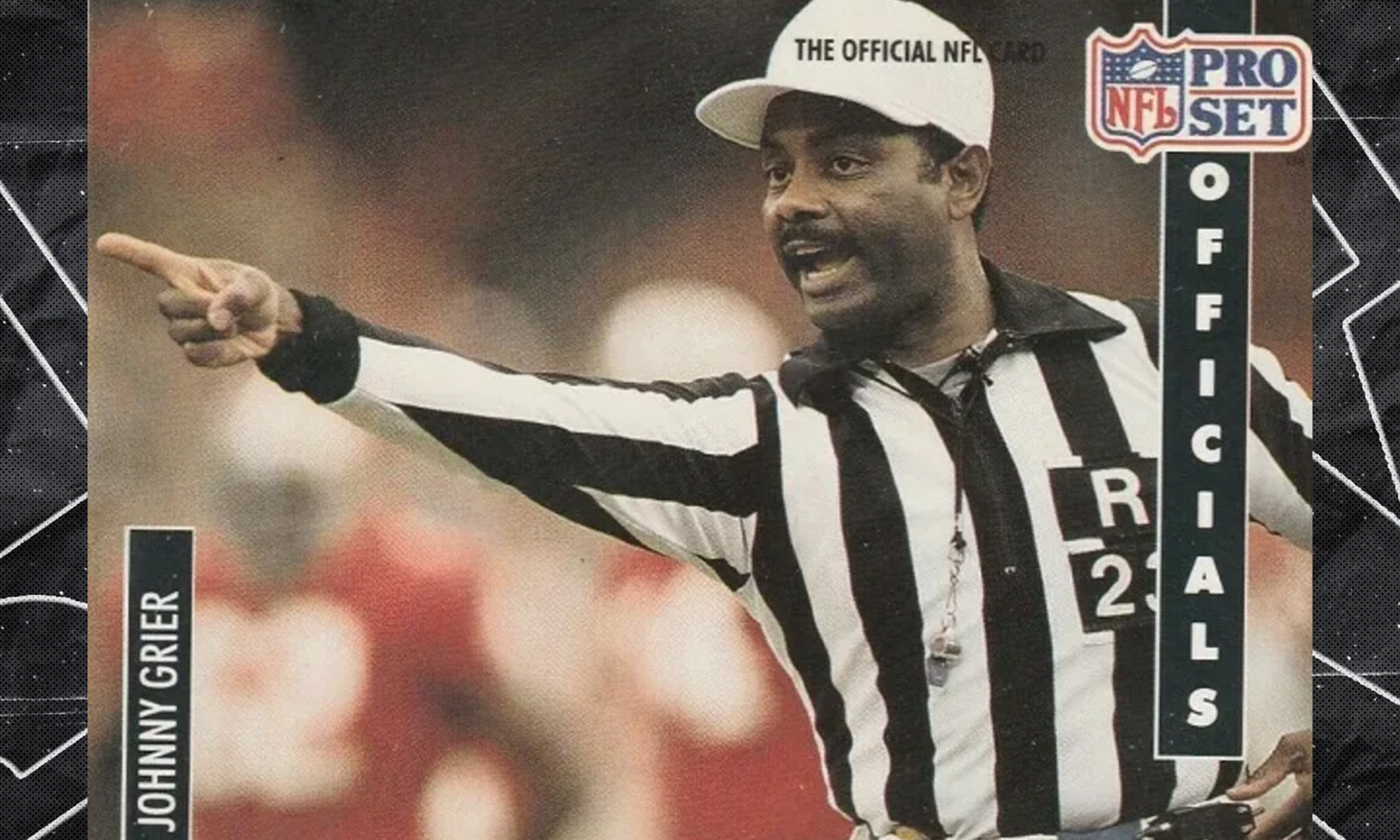 Johnny Grier, an HBCU graduate who became the first Black referee in NFL history, passed away Wednesday. Grier was 74.

Grier worked NFL games for 23 years (1981-2004), beginning as a field judge before being promoted to referee and wearing the white hat in 1988. His final game as a field judge was Super Bowl XXII. There he saw former Grambling quarterback Doug Williams become the first Black starting quarterback to win the Super Bowl. Grier worked 15 playoff games overall, according to FootballZebras.com.

“I visited him about two weeks ago in hospice,” said longtime friend Ike Darden, who has known Grier since his college days at UDC. “I formally met him (Grier) through Tom Beard, who started the first MEAC Football Clinic at Howard University’s Cook Hall dormitory. That was in 1987,” Darden said.

Grier moved to college football in 1972 with the Central Intercollegiate Athletic Association (CIAA) and then officiated in the Mid Eastern Athletic Conference (MEAC). “He worked about every position before moving up to referee,” Darden said.

During his NFL officiating career, he also served as the director of football officiating for the MEAC.

The legacy of black NFL officials

Grier is among a cadre of great black officials that work and have worked in the NFL and paved the way for others.

He followed in the footsteps of Burl Toler, the first Black official in the NFL who served as a field judge and head linesman from 1965-1989. Grier also followed former Howard Athletics Director Leo Miles who was a head linesman in the NFL and worked in the league for 22 years (1969-90). Miles worked 15 playoff games and three Super Bowls, becoming in 1974 the first African American official to work a Super Bowl game. Miles also served as a supervisor, evaluating the performance of on-field NFL officials.