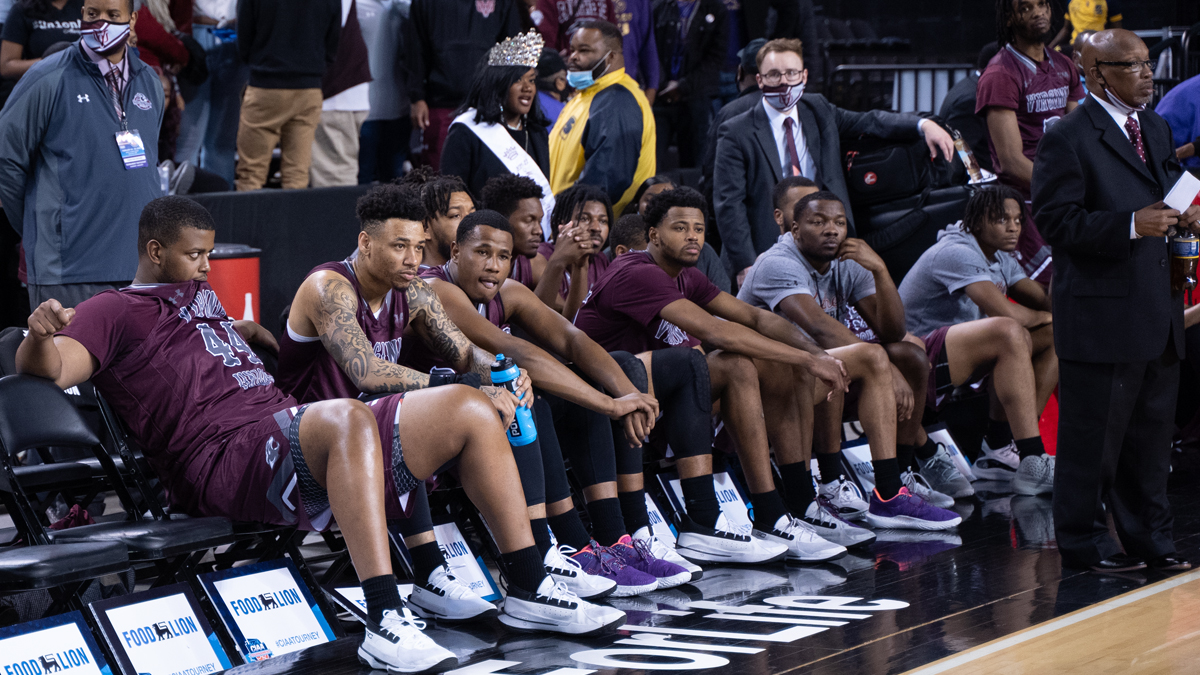 Several high-achieving D2 HBCUs were left out of the NCAA Tournament field announced on Sunday evening.

The Division II NCAA Tournament field has been announced and while a total of six HBCUs (three men, three women) are in the hunt for the national title, several others are left on the outside looking in.

The Virginia Union men may have the biggest gripe of those left out of the field of 64. The VUU men won the CIAA North and made it to the CIAA Championship Game where it lost to Fayetteville State team that also won more than 20 games. It finished with a 23-7 record, which many observers figured to be enough in a conference that routinely sends multiple teams into the Division II NCAA Tournament.

However, when the field was announced on Sunday, Fayetteville State was the lone CIAA representative as the last seed (no. 8) in the Atlantic Region. It was not, however, the only HBCU in the region. West Virginia State received an at-large bid out of the Mountain East Conference, one of three teams in that conference to make the eight-team field.

A look at the record reveals that both VUU and WVSU had identical overall records. That included a head-to-head match between the to programs back in late November at the Chris Paul HBCU Classic in which VUU beat WVSU 75-49 on a neutral court. WVSU swept its other two CIAA opponents — Livingstone and Shaw — but so did Virginia Union. Both schools dropped their lone matchup with no. 5 seed Millersville with WVSU dropping its game by 19 points while VUU fell by nine in double overtime.

WVSU did face a pair of Atlantic region foes in the Mountain East, getting swept by no. 2 West Liberty and splitting with Fairmont State. It also swept a Charleston program that finished with 24 wins before being put out of the MEC tournament early by a middle-of-the-road Alderson Broaddus squad. Virginia Union swept Lincoln (18 wins) and beat Winston-Salem State (19-7) three times, but lost two of three games with Fayetteville State including the CIAA title game.

VUU head coach Jay Butler admitted he was disappointed with not getting the at large bid.

“I thought we played a tough non conference schedule and were 1.4 seconds from beating the current undefeated, no. 1 team in the country Nova Southeastern,” Butler told HBCU Gameday.

“The Atlantic Region is one of the toughest regions in the country but I felt 23-7 was good enough to make the NCAA Tournament,” Butler continued. ”I’m very proud of our young men for another successful season and we will continue to work hard to get that NCAA Bid next year.”

Other 20-win HBCU men’s programs that missed the cut were Benedict College (22-7) and Morehouse College (21-7)  from the SIAC.

Both teams fell victim to Savannah State at the SIAC Tournament over the weekend. Benedict’s best non-conference win came against an 11-12 Shaw program from the CIAA, and it took down the same Miles College team that got an at-large bid after a 24-4 season. Morehouse hurt its at-large chances with losses to Winston-Salem State and West Virginia State at the Chris Paul HBCU Classic early in the year as well as a loss to Miles before getting it going and winning 18 games in a row. With Miles getting the nod at 24-4 and SSU securing the auto-bid, it was unlikely that the SIAC was getting three teams into the eight-team South regional.

According to the NCAA’s website, these are the things it looks at win awarding the 41 at-large bids in its Division II  men’s and women’s tournaments.

On the women’s side, Tuskegee’s 22-5 record was better than several teams that earned bids in the South Region. Two of those losses came against Benedict, the second-best team in the SIAC East this season and the ultimate SIAC Champion. Savannah State’s lone two losses came at the hands of Benedict, allowing it to get an at-large bid with a 27-2 record but pitting it against the South Region’s top seed in Union (26-2).

One has to wonder if the CIAA sitting out the 2021 season due to COVID-19 had an impact on the perception, if not the quality of basketball played, particularly in the CIAA. In any case, HBCUs have to schedule and beat tough opponents, survive their conference tournaments and hope that whatever math the NCAA uses works out in their favor.