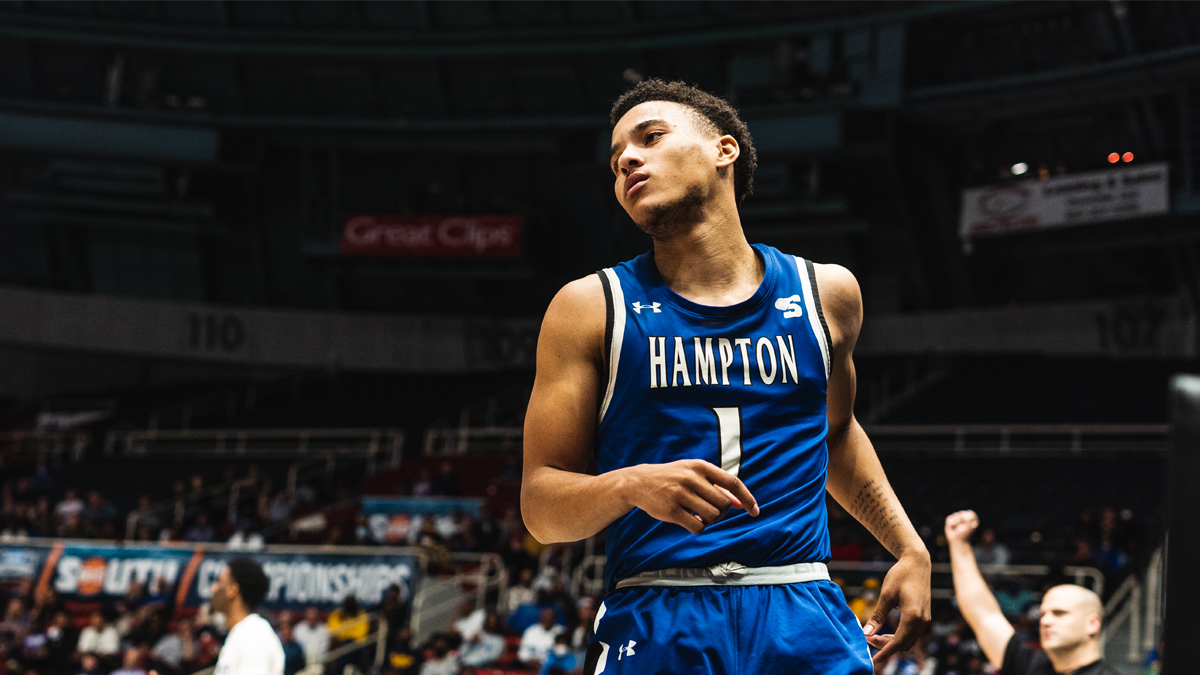 Hampton University took High Point to overtime, but ultimately fell short as its time in the Big South is over following its first-round loss.

After four quick years, Hampton University has played its final men’s basketball game as a member of the Big South.

Hampton got off to a fast start only to allow High Point University to take control of the game and eventually fall 84-77 in overtime. It led by 10 points just over halfway through the first half before High Point made its run.

Junior guard Russell “Deuce” Dean led all scorers in the contest with a 26-point performance. He connected on five of his 17 field goal attempts but really made his mark on the free-throw line hitting 18-of-25 attempts. Najee Garvin added 15 points to go with his 13 rebounds while Marquis Goodwin chipped in 10.

The first-round exit for Hampton comes just two years after the program made the Big South Championship Game in just its second year in the league back in 2020. That Hampton team, led by Jermaine Marrow, made it to the title game where it would fall to a talented Winthrop team on its home floor. It looked as though the school would become a consistent contender in its new league just as it had been in the MEAC.

The program took a step back during the COVID-19 marred 2020-2021 campaign and never fully recovered.

“We’ve had a couple of the top three or four or five finishes a championship game and appearance in our second year,” head coach Buck Joyner Jr. told the media after the game. “This is a great league. High-quality league. Of course, we benefit not only as a basketball program, but as an athletic program. And the university from the Big South but now it’s time for something new.”

That something new would be the Colonial Athletic Association. The Pirates will join that league this July and begin competing in basketball next fall. Joyner knows his program will have its work cut out in a tough new league.

“So it’s back to the drawing board. My life don’t get no easier, but that’s what we get paid for and that’s what we expect. So, yeah we appreciate our time here. We appreciate the Big South. And now it’s time to look to the future and get ready for that.”