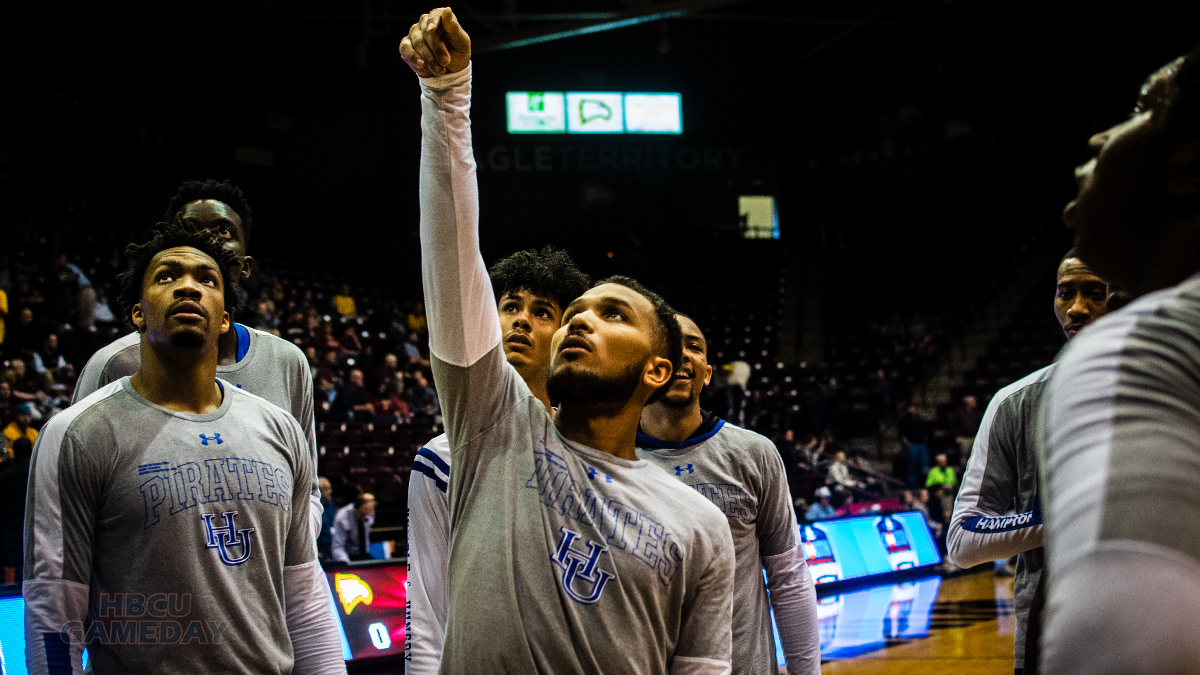 Many people said Hampton and Jermaine Marrow weren’t a good match. Four years later, he’s one of the top scorers in history.

Tears are par for the course in championship games. The winners cry out of exhilaration. The losers cry out of despair and sense of loss.

There were some of those for Hampton University on Sunday as it fell 75-68 to Winthrop University in the Big South Championship game, played at Winthrop. But clearly it was more than just tears over a basketball game, especially for Hampton coach Edward “Buck” Joyner Jr. and his star guard Jermaine Marrow.

It was a show of intense and genuine emotion and love between a player and coach. Marrow, the school’s all-time leading scorer, started the tear fest when asked to reflect on his historic career at the school.

“And I’ll love him for that forever.”

The senior guard led Hampton with 18 points. That was seven below his sparking average of 25 per game, good for third in the country entering the contest. Sophomore forward Ben Stanley, the eighth leading scorer in the country, finished with 15 points.

Joyner tried to stifle the water in his eyes, but eventually he succumbed as he reflected on just how special his relationship with his star player has been. He relayed a conversation that he had when he signed Marrow that stuck with him.

“I was told by a gentleman that he wouldn’t make it past his sophomore year. He didn’t need to stay home,” he said. “I took that personally. And I’ve put everything in me to help make sure this young man survived and make it out.”

Marrow has done more than just survive at Hampton, he became one of the most prolific scorers in Division I basketball history. He now has 2,680 points for his career, good for 27th on that list as he passed David Robinson and Bo McCalebb on Saturday. And if Hampton (15-19) gets a third-straight postseason bid, he’ll have a chance to improve on those numbers.

“He’s going to have an opportunity to play basketball,” Joyner said. “Do something for himself, his family, his son that he just had. The hell with everything else, that’s what I promised him.”

Marrow declared for the NBA Draft after last season, but came back to finish what he and Joyner started.

“He stayed true to his his word and I tried to stay true to mine,” Joyner said. “I probably owe him more than he owes me.”

Marrow is one of the rare top talents that was brought in and developed straight from high school to an HBCU without transferring. And his coach wants everyone to realize just what he’s accomplished.