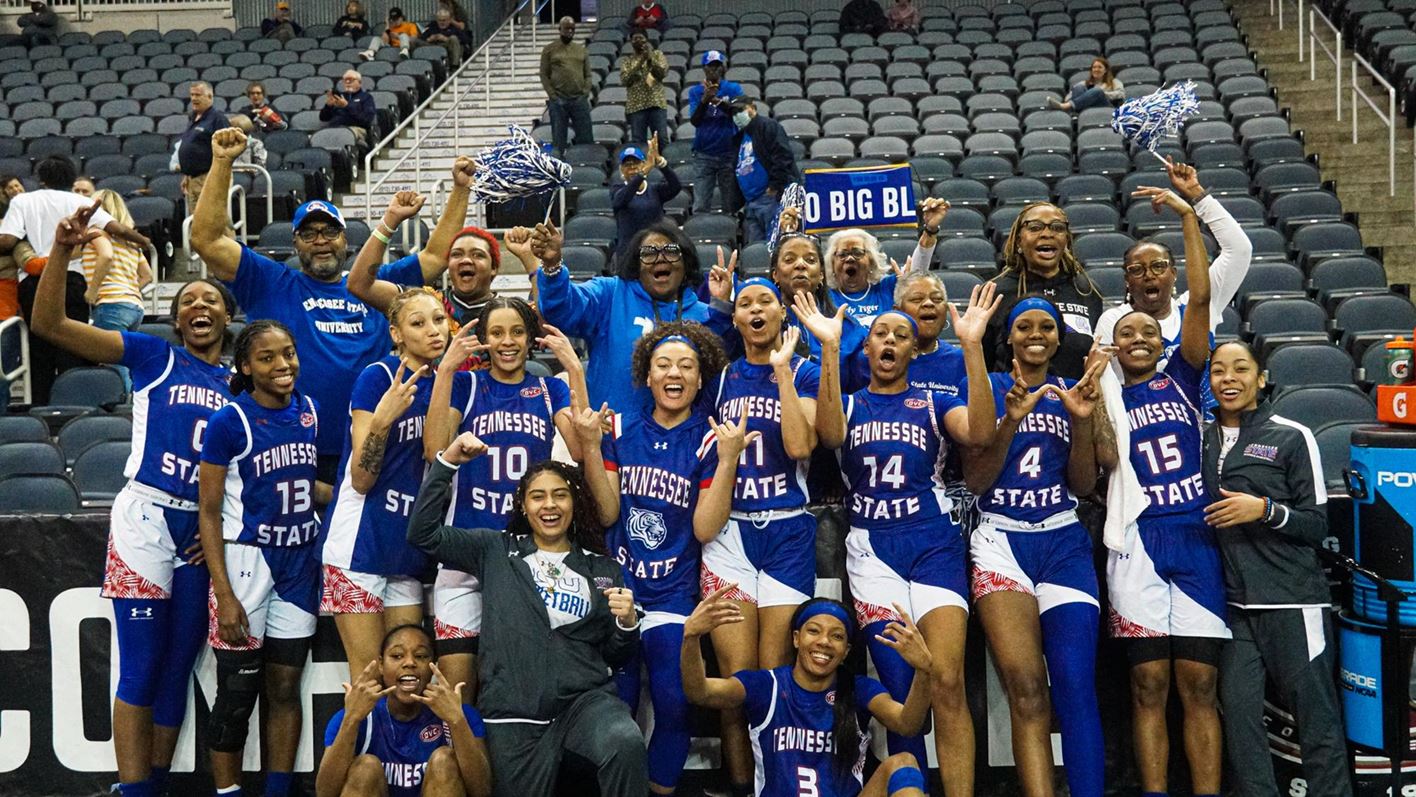 EVANSVILLE, Ind. — Gia Adams and Tatyana Davis each scored 19 points as the eighth-seeded Tennessee State University Lady Tigers upset fifth seed EIU, 72-61, in the First Round of the Ohio Valley Conference Championship on Wednesday afternoon at the Ford Center in Evansville.

Adams — the 2022 OVC Freshman of the Year — played nearly the entire contest and knocked down 6-of-14 from the floor including a pair of triples. Adams also had four assists and three steals in 38 minutes of work.

Davis played the role of the unsung hero as she went down with an injury midway through the third quarter but came back and added seven of her 19 in the final period. On the defensive side, Davis added four of TSU’s 22 steals.

In the third quarter, momentum swung in favor of EIU, as the Panthers used a 10-0 spot and took a short edge 38-36. Adams’ three-point play late in the frame regained TSU’s lead as the contest neared the final quarter.

Lariah Washington led the Panthers with 17 points and was one of the in double figures for EIU.

TSU will face #4 Austin Peay on Thursday at 1 p.m. in the quarterfinals of the OVC Championship.