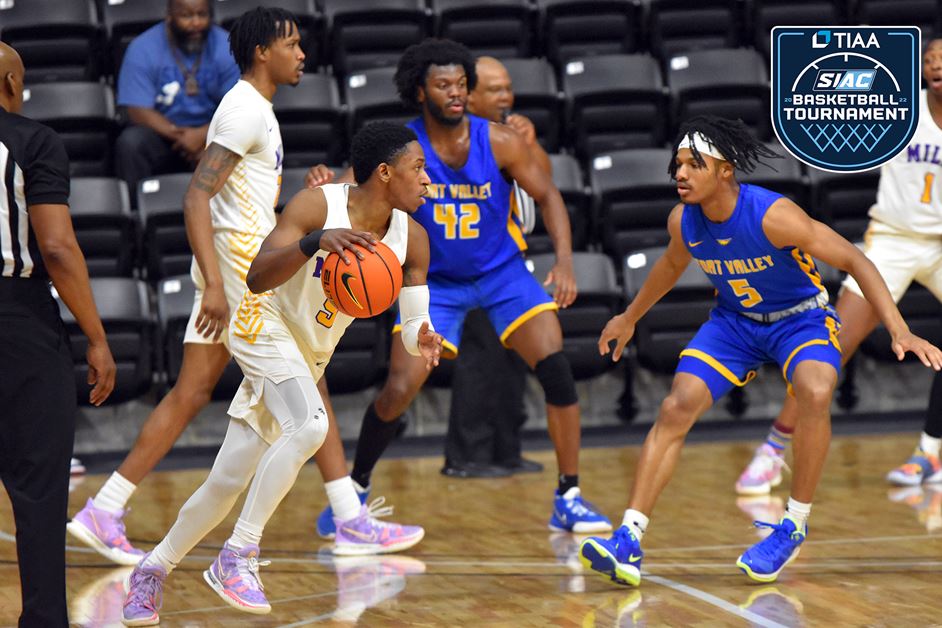 Four number one seeds hit the floor Wednesday at the Rock Hill Sports and Event Center and all four came out victorious during the first day of the SIAC Basketball Quarterfinals.

#1E Savannah State 91 Fort Valley 64 – Fort Valley’s Torri Meyers poured in 27 points, but it just wasn’t enough as the Tigers built a 52-35 lead at the half and never looked back. The Tigers will face either Lane College or Albany State in the semifinals.

Ja’Nya Ferguson was the only other double-digit scorer for the Wildcats as she finished with 15.

Le’Andrea Gillis was one of four Savannah State players in double-digits and she finished with 14 points. Next was Shekinah Howard with 13, Ta’Kyla Austin with 12 and finally Ta’Quasia Lampkin with 11.

#1W Tuskegee 84 Kentucky State 59 – The Tigers used a strong third quarter to defeat Kentucky State. They outscored the Thoroughbreds 25-11 en route to the big win. Tuskegee advances to the semifinals where they will face either Benedict or Miles College.

Ashiala Jackson was the leading scorer for Tuskegee and finished with 26 points and 11 rebounds. JuToreyia Willis scored 20.

#1W Miles 65 Fort Valley State 53 OT – It took an extra period of play for Miles to get the win, but they outscored the Wildcats 15-3 in that overtime period to advance to the semifinals. They will face either Benedict of LeMoyne-Owen.

Fort Valley’s KJ Doucet led all scorers with 25 points. Kenton Eskridge was the only other Wildcat in double figures finishing with 10.

Mykayle Carter led the way for the Bears with 17 points, followed by Elijah Horton with 12 and Brandon Miller with 11.

#1E Morehouse 84 Spring Hill 51 – Make it 18 wins in a row for Morehouse as they took care of business during their first day of tournament play. The Tigers advance to face either Tuskegee or Savannah State.

Six Tigers finished in double figures with Billy Thomas scoring 16 to lead the way. Ibn Williams and Andrew Stewart both had 12, Olisa Akonobi and Noah Morgan had 11 and Jordan Sterling rounded out the list with 10.

Jaden Gray and David Daniels were the high-point men for the Badgers, finishing with 12 points each. Sam Davidson chipped in 11.