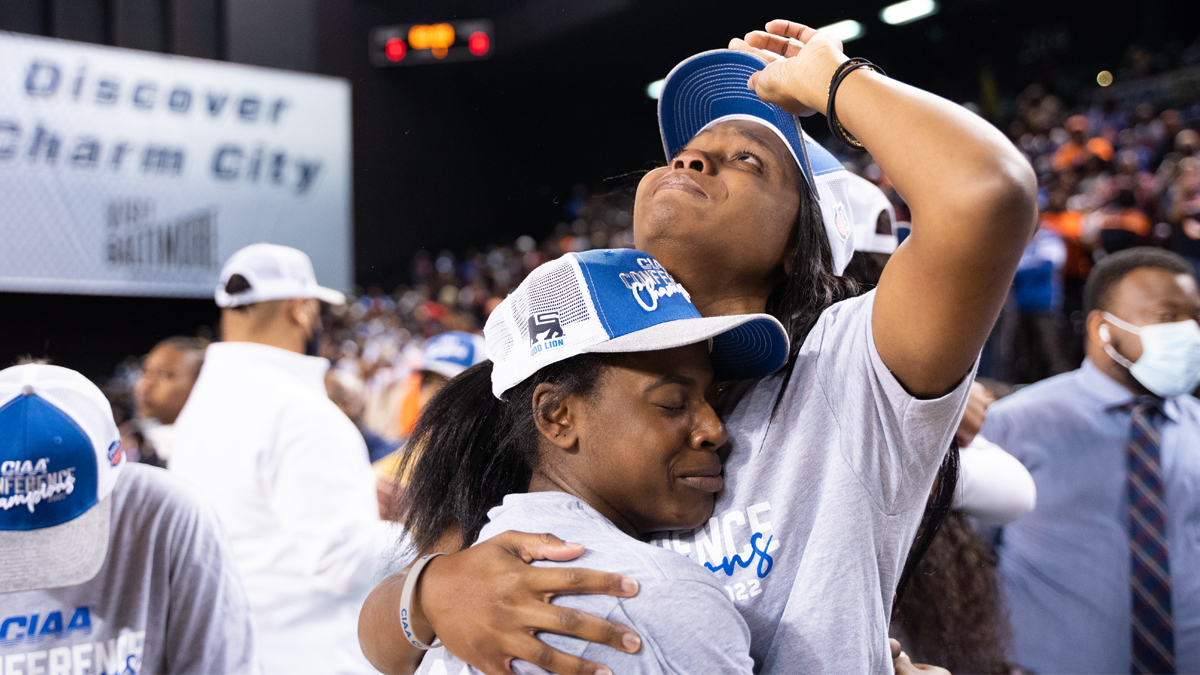 Lincoln University claimed its first-ever CIAA Tournament title on Saturday in a story two-years in the making.

Lincoln University may have an argument on its hands as to whether or not it was the first HBCU, but there’s no doubting this: it showed itself to be the top women’s squad at the CIAA Tournament.

LU managed to hold off and eventually separate from a tough Elizabeth City State squad for a 67-52 win and its first-ever CIAA Tournament title at Royal Farms Arena on Saturday evening. ECSU got off to a fast start, going up by seven with 6:02 left in the first quarter, but LU got back into form and took a 16-12 lead into the first quarter.

The two teams battled fiercely over the ensuing quarters, and ECSU managed to cut LU’s 10-point halftime lead to a 44-40 margin heading into the fourth quarter.

“We were a little bit flat at the start. It’s happened before. And we’re able to kind of work our way through that,” LU head coach Janice Washington said after the game. “And then I really, really was proud of the way that they closed out the game in the fourth quarter, you know, coming out that coming out of the third quarter, Elizabeth City hit two threes, real quick.

“And at that point in time, our team chose we could have chosen to, you know, just give into that run or we could go on a run of our own. And so we did they score scored those two 3s  and six points very quickly and only scored six for the rest of that block.”

Senior and CIAA Player of the Year Bryanna Brown scored a game-high 28 points and grabbed six rebounds in the win. It was a full-circle moment for members of the Lincoln program who were on the previous edition of the squad that fell short two years ago in the quarterfinals.

“We all felt like we were just starring in a movie called Unfinished Business,” Brown said with a smile after game. “And, you know, it was a five-star from reading, until we completed it. We had a wonderful cast I just think it’s a blessing.”

Elizabeth City State completed the tournament with a 21-7 record and will await the NCAA Tournament selection show to see if it can get a bid to the Big Dance.

Lincoln, meanwhile, improves to 22-7 overall and earns the CIAA’s automatic bid to the NCAA Tournament.

We played a good amount of teams in our non-conference that we would see potentially in the NCAA with the postseason,” Washington said.  “Our team looks totally different than we did in the fall semester. Their teams do as well.”