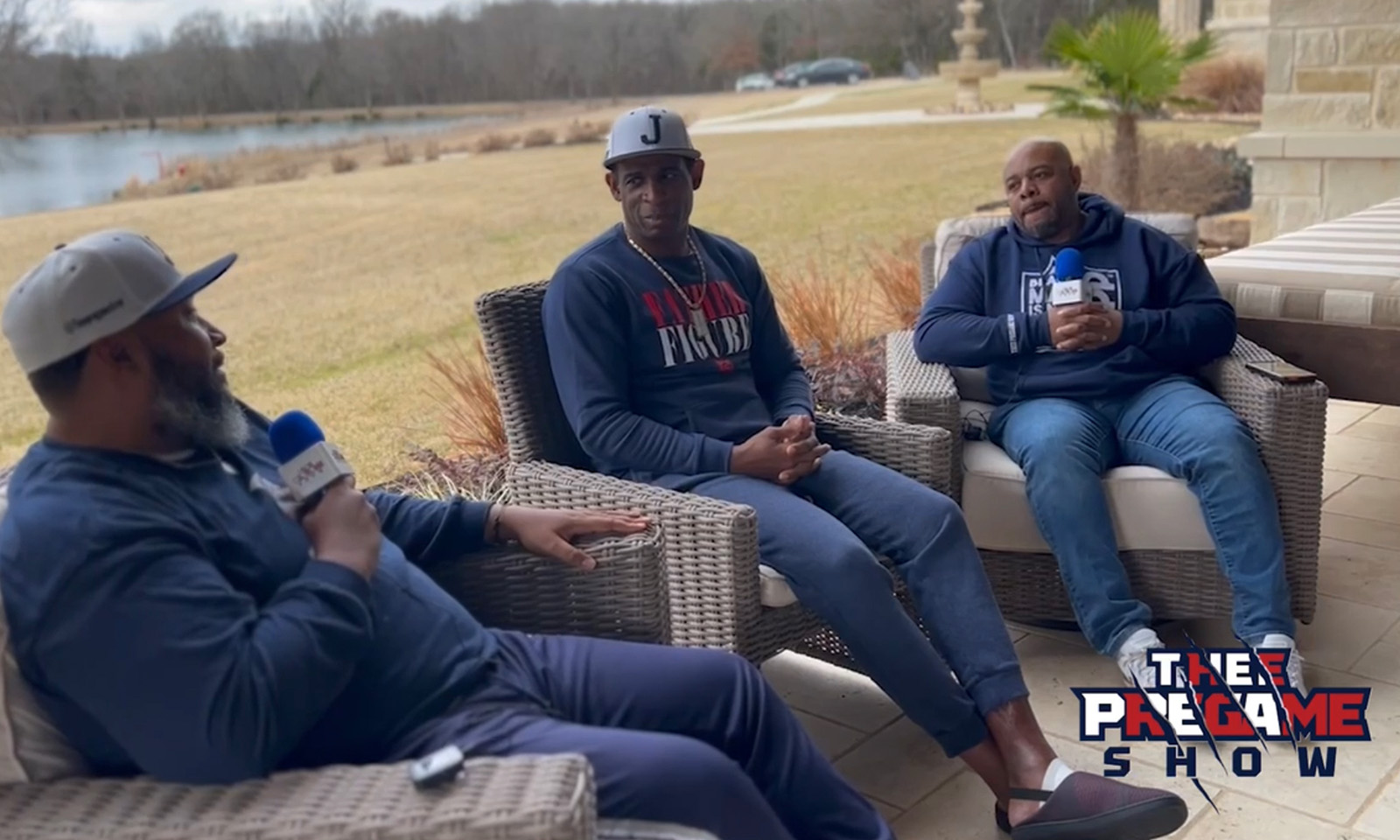 Deion Sanders Understands Rivalry But ‘We Need to Lift One Another’

Jackson State Head Football Coach Deion Sanders understands rivalry, but stresses the importance of respect and lifting one another.

The conversation began when Neely mentioned Sanders had a different definition of winning.

It’s About All HBCUs

“Whether it was undefeated SWAC or SWAC championship, you are still looking way past that,” Neely said. “That ain’t a victory.”

“It’s not just about us,” Sanders said.

There Should Be No Disrespect

Neely pointed out HBCU culture is more accustomed to rivalries than rooting for everyone. Sanders gave a thoughtful response.

“I don’t mind the rivalry, but it’s got to be respect,” Sanders said. “Jerry Rice and I had one of the biggest rivalries in the game at that time. We never disrespected one another. Never talked negative about one another. Michael Irvin, as well.”

Sanders said any of the rivalries from his era in the NFL were always respectful. He even explained the context of his rivalry with Andrew Rison.

“Andre was upset that one brother left another brother,” he said. “I left and it was hard to handle. That was my dog, that was my best boy. And I left him in a turbulent situation.”

Sanders further explained their issue had nothing to do with disliking each other.

“We had made up by the conclusion of the game,” he said. “Called each other the next day. And when he went to Green Bay and went to the Super Bowl, guess who called him that night and cried on the phone because I was so proud and happy?”

We’ve Gotta Lift One Another Up

“Brothers, we gotta stop this Cain and Abel foolishness and lift one another up,” Sanders said.

Sanders then took the time to shout out some of his fellow HBCU coaches.

“I love Willie Simmons, man, he’s doing it,” he said. “You know how I feel about Eddie George, Coach George is doing the doggone thing.”

Deion Sanders expressed appreciation for his ability to glean from other coaches.

“There’s so many guys that I could pull from,” Sanders said. “I pull from for information about HBCUs or whatever and they’re there to help.”

Deion Sanders Understands Rivalry But ‘We Need to Lift One Another’