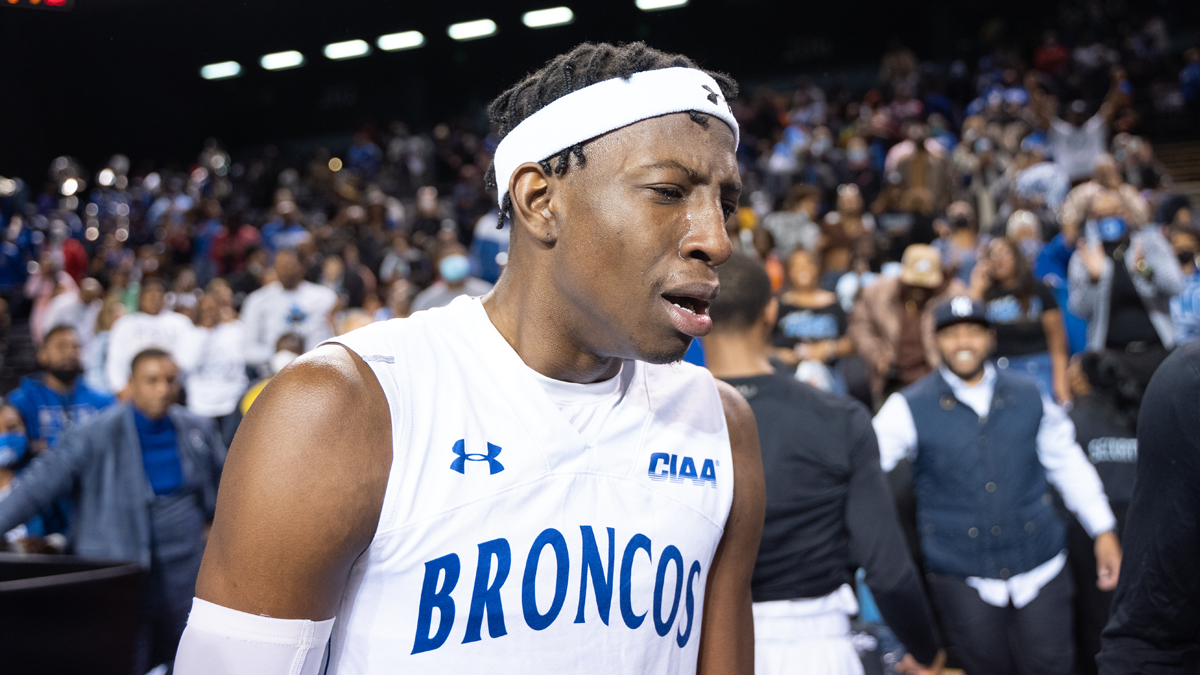 Fayetteville State took command of the game in the second half and held on to it, winning the CIAA Tournament title.

There were tears once again at the end of the CIAA Tournament for Fayetteville State in Baltimore. The difference between those tears and the ones before was the emotions behind them.

Fayetteville State withstood a late-game run from a tough Virginia Union team to come up with a 65-62 win to claim the CIAA title. The title was just the second in Fayetteville State history, with the first coming way back in 1973. Tournament MVP Jalen Seegars led the way with 15 points while Darian Dixon add 14 and Cress Worthy had 13 points and six assists.

Robert Osborne led the way for Virginia Union with 25 points and 10 rebounds while Tyrik Railey had 15 points and Jordan Peebles added 12.

The win was a long-time coming for FSU, who held an 11-point lead with less than four minutes to go against Winston-Salem State in 2020 CIAA Tournament title game before suffering a gut-wrenching 63-62 loss.  FSU was determined not to let that happen again.

And then COVID-19 hit, slowing down FSU’s hopes at redemption as the conference sat out the 2020-2021 season. Head coach Luke D’Alessio was candid about how difficult being unable to play turned out to be.

“Kids are going through a lot of stuff. Like I said before, my biggest thing concerning last year was the safety of our team. And we did everything we were supposed to do,” D’Alessio said after the game. “I knew we had a good team and that’s why me — being a dummy — I scheduled some really, really tough teams early this season.”

That scheduling doesn’t look so dumb now, as FSU has punched its ticket to the NCAA Tournament. Virginia Union, meanwhile, will have to pin its hopes on an at-large bid to pursue a national title.