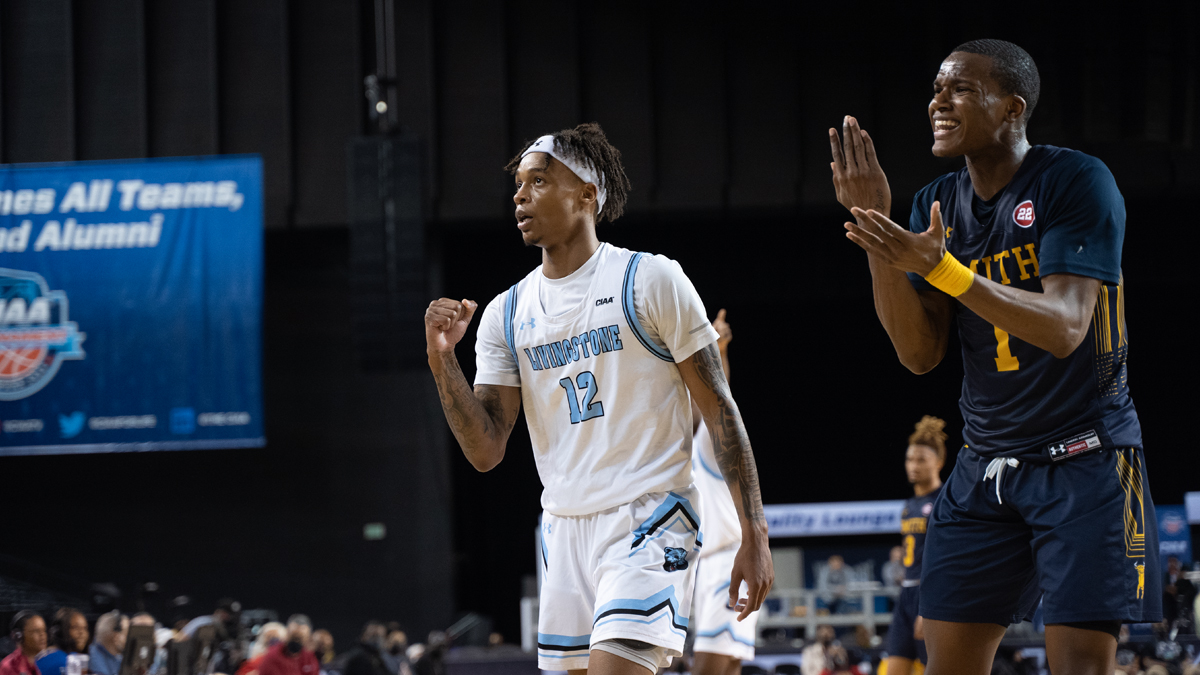 Livingstone College and St. Augustine took care of their rivals to start Day Two of the CIAA Tournament.

The morning session of Day Two of the CIAA Tournament saw two sets of rivals from North Carolina battle to survive in Baltimore.

In the end, both St. Augustine’s University and Livingstone College prevailed, but in different ways. LC made quick work of Johnson C. Smith while SAU had to fight to literally survive and advance against cross-town rival Shaw University in the opener.

Josh Page (Sr./Washington, DC) and Dhashon Dyson (So./Chicago) combined to make five of six free throws with 38 seconds left to hold off a furious Shaw rally in the second half. St. Aug led by 16 at halftime, but Shaw temporarily wrestled the lead from its Raleigh, NC neighbor before getting it back.

SAU improves to 7-20 overall, and advances to the next round. It will take on CIAA South winner and third overall seed Winston-Salem State on Thursday in the quarterfinals. WSSU swept the regular-season series, but both games were close. Game time is set for 8:00 P.M.

Game Two of Day Two of the CIAA Tournament saw LC beat Johnson C. Smith for the third time in this season with a score of 74-58. That’s actually the closest game between the two rivals, separated by about 30 minutes on Interstate-85. LC won the previous two matchups by 18 and 19 points respectively.

And to be honest, this one could have been much worse. LC led 40-18 at halftime and went up by as much as 30 with 9:25 remaining in the game. Smith would make a run to close the gap, but the game was never in doubt.

JCSU shot just 27.9 percent from the field in the first half, turning the ball over 12 times and leading to 20 LC points.

Livingstone improves to 12-9 on the season and advances to the quarterfinals of the CIAA Tournament. Awaiting will be Lincoln, the CIAA North runner-up and fourth overall seed. LC won the only meeting between the two, a 71-63 win on the road at Lincoln. The two schools will meet at 6:00 P.M.