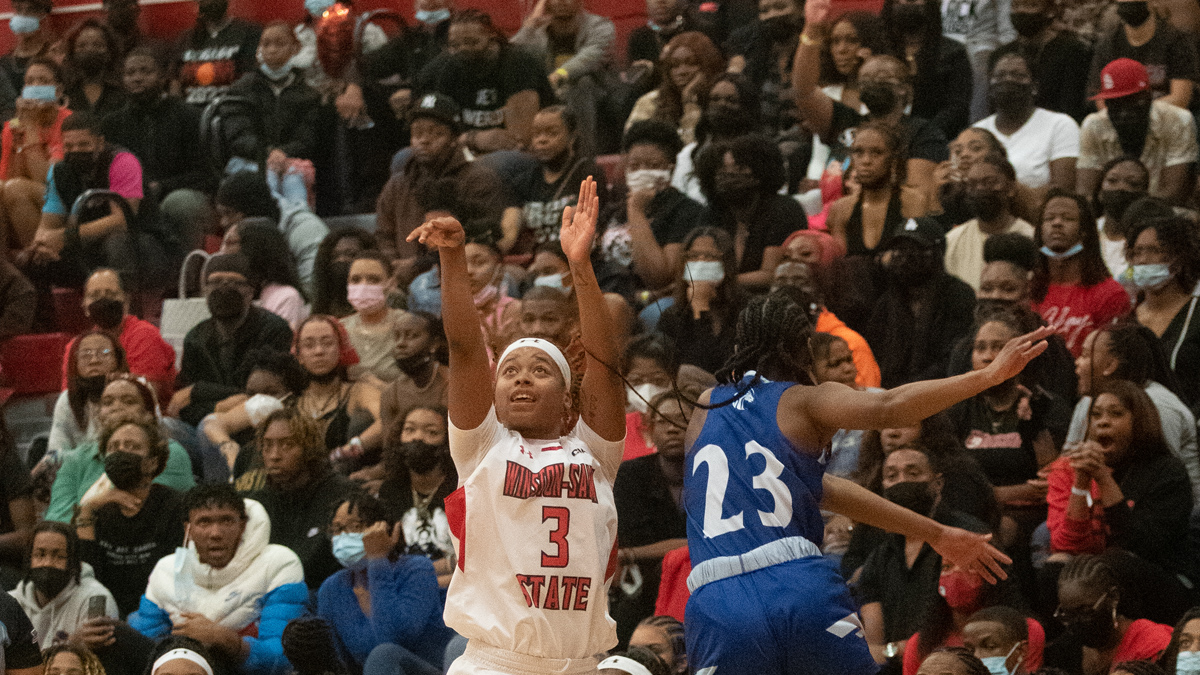 A packed crowd showed up to watch Winston-Salem State and Fayetteville State do battle. And the WSSU women gave them a show.

WINSTON-SALEM, N.C. – The Senior Day game against Fayetteville State ended in a 73-56 rout by the Winston-Salem State (WSSU) women’s basketball team.  The Rams outscored FSU by 10 to take a 40-30 halftime lead, padded the advantage by nine more points after three quarters, and never looked back in a regular-season sweep of the Broncos.

The win boosted ‘SU to a second-place 5-3 CIAA Southern Division record, 7-7 in conference play and 11-10 overall.

Amaya Tucker scored nine points and dished out eight assists.  Spaulding added six assists as the Rams had a season-high 23.  Twenty-two WSSU offensive rebounds led to 23 second-chance points —  14 more than FSU —  and 38 points in the paint compared to the Broncos’ 30.

The two teams fought to a 16-16 tie after the first quarter.  Sparrow’s jump shot with 9:21 to go in the second quarter put the Rams ahead 18-16, Tyliah Burns hit a three-pointer 25 seconds later, upping the advantage to five and WSSU never looked back.

Sparrow’s layup with 3:15 before halftime boosted the lead to 14 points, 36-22. Hall’s two free throws increased the lead to 16 with 1:41 remaining before a late Broncos rally trimmed it 10 at the half.

WSSU came out firing after the break. Ross hit a layup, Tucker connected on a 3-pointer and the Rams led 45-30.  Prichard had a layup, followed it with a tip-in, and Ross scored another layup for a 51-30 lead before FSU could score its first basket in the quarter.  The Rams defense held the Broncos scoreless for almost half of the third quarter.

The defense shut out FSU in the first 1:49 of the final 10 minutes while keeping the lead at 20 points. The Broncos had no answer as Ross and Spaulding kept ‘SU comfortably ahead.

The Rams return to the C.E. Gaines Center for the final regular-season game on Wednesday night in an important matchup with Southern Division-leading Johnson C. Smith.  Tipoff is 5:30.