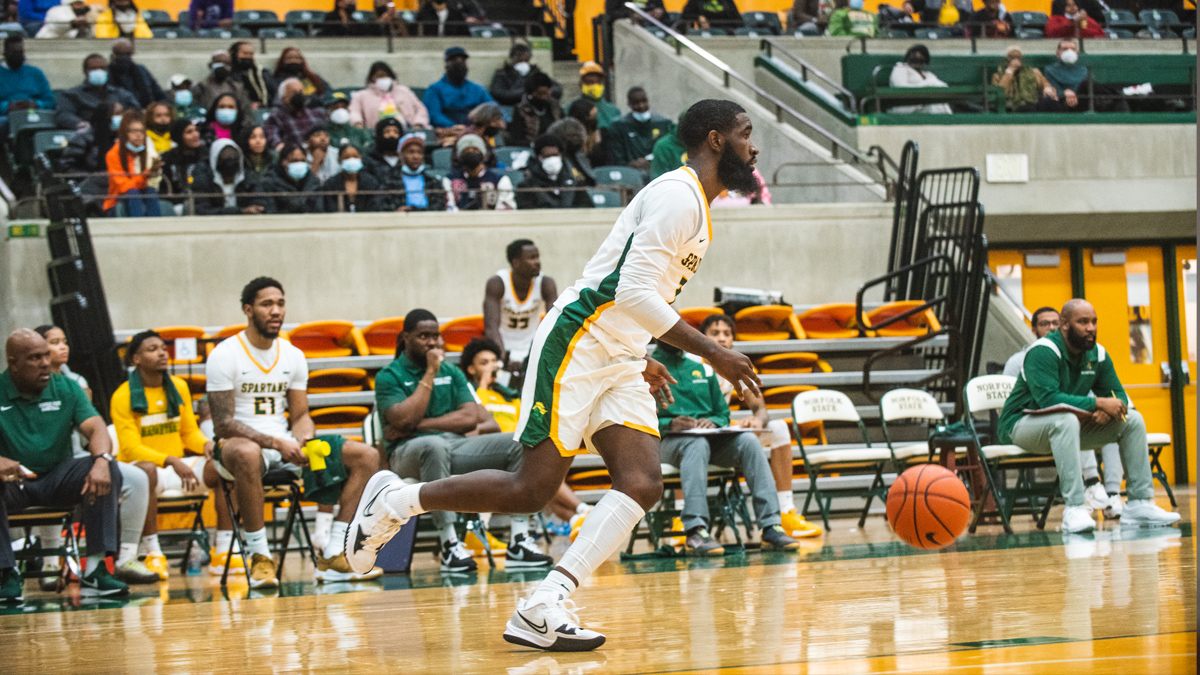 Norfolk State gets back on track against Eastern Shore

Norfolk State got back on the winning track, beating Maryland-Eastern Shore at home after a twelve day layoff since losing to NC Central.

NORFOLK, Va. –Jalen Hawkins led four Norfolk State players in double figures and the Spartans held off a pesky Maryland Eastern Shore team for a 70-63 win on Saturday before a season-best crowd of 3,278 fans at Echols Hall.

Joe Bryant Jr. added 14 points to surpass the 1,000 career points plateau. He’s the 38th player in school history to hit that mark. Dana Tate Jr. scored 11 and Christian Ings 10 for Norfolk State (16-5, 7-1), which was playing its first game since suffering its only conference blemish 12 days prior against North Carolina Central.

Hawkins led all players with a career-high nine rebounds. Bryant had seven and Kris Bankston snared six. Bankston and Bryant both also blocked a pair of shots while Bryant led the Spartans with four assists.

NSU shot 51 percent from the floor and held the Hawks to 39 percent.

Norfolk State will hit the road for its next three games, starting with a 7:30 p.m. matchup Monday at Delaware State.

Norfolk State gets back on track against Eastern Shore