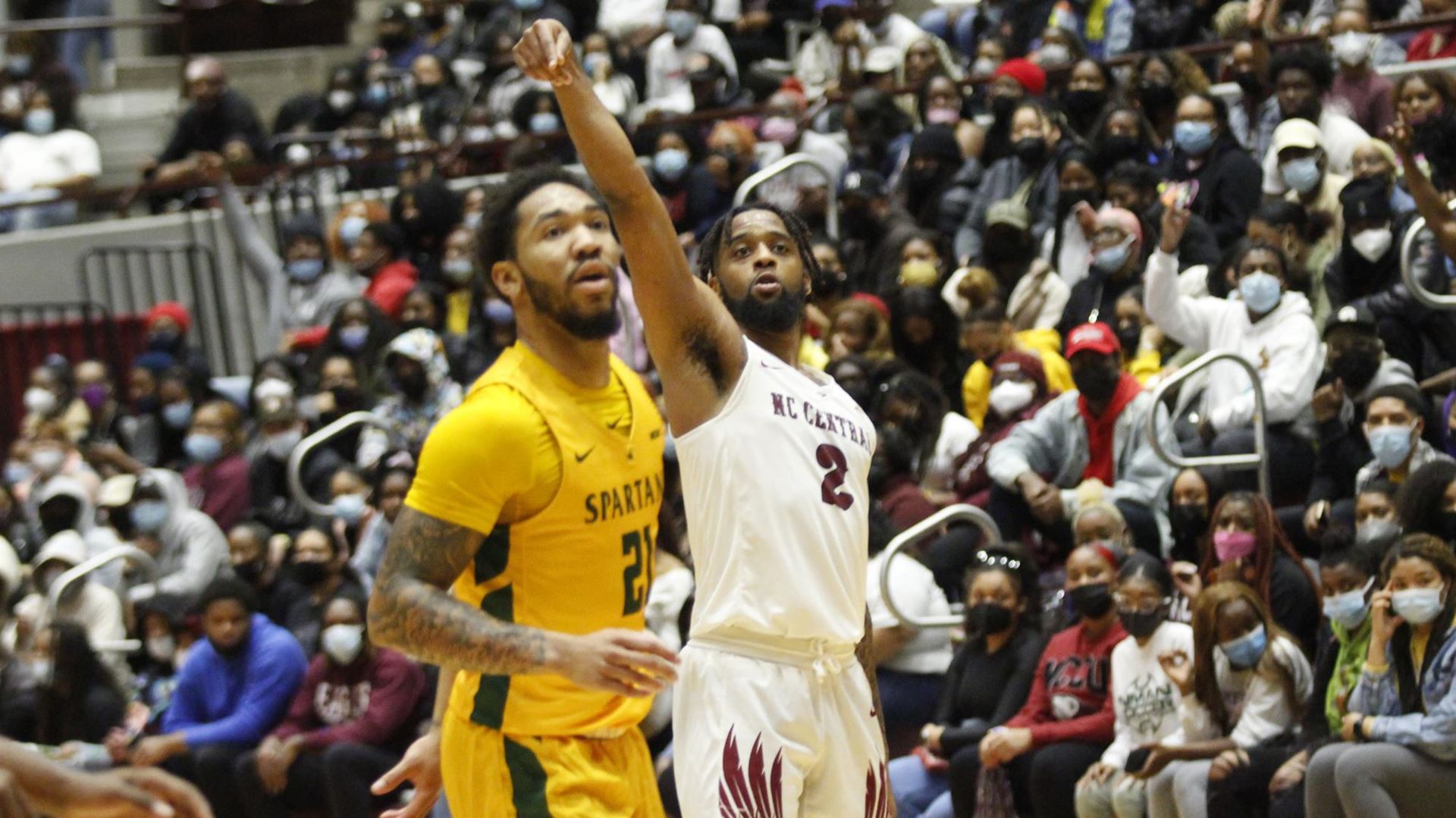 Norfolk State came into Durham with a spotless record but left with a stinging loss to North Carolina Central.

DURHAM, N.C. – The North Carolina Central University men’s basketball program led Norfolk State for just 97 seconds, but it was the moments that counted after Kris Monroe (Raleigh, N.C.) hit a critical three to help the Eagles to a 70-67 triumph over the Spartans on Monday, Jan. 31 inside McDougald-McLendon Arena.

The Eagles kept chipping away at the deficit, and drew within four multiple times through the first and second half; but, the Spartans seemed to have an answer each time.  However, with each three made by Monroe and Alex Caldwell (Columbia, S.C.) elicited a roar from the Eagle faithful, and that energy charged the motor for the maroon and gray down the stretch.

NCCU forced Norfolk State into 12 turnovers in the second half; including four in a two-minute stretch where the Eagles worked their magic into an 11-0 run to take a 68-62 lead with 28 seconds left.  The biggest moment of that flurry was Monroe’s trey from the right wing with 1:37 remaining to give the Eagles their first lead of the game at 64-62.  Joe Bryant Jr. (Norfolk, Va.) hit a highly contested three with eight seconds remaining to pull the Spartans within three at 67-64, but a last-second desperation heave from NSU bounced off the iron to give NCCU an emotional victory.

Monroe and Caldwell combined to hit nine of the Eagles’ 10 triples in the contest, and both registered 17 points, while Monroe tacked on seven rebounds.  Justin Wright (Greenville, N.C.) once again led the Eagles in scoring, and registered his fourth 20-point game of the season, and pulled down six caroms.  Defensively, both Wright and Dontavius King (Greenville, S.C.) secured six rebounds, and Eric Boone (Lexington, Ky.) swiped four steals.

The Eagles will finish this three-game home stand with a rescheduled matchup with Coppin State on Saturday, Feb. 5 at 4:00 p.m. inside McDougald-McLendon Arena.