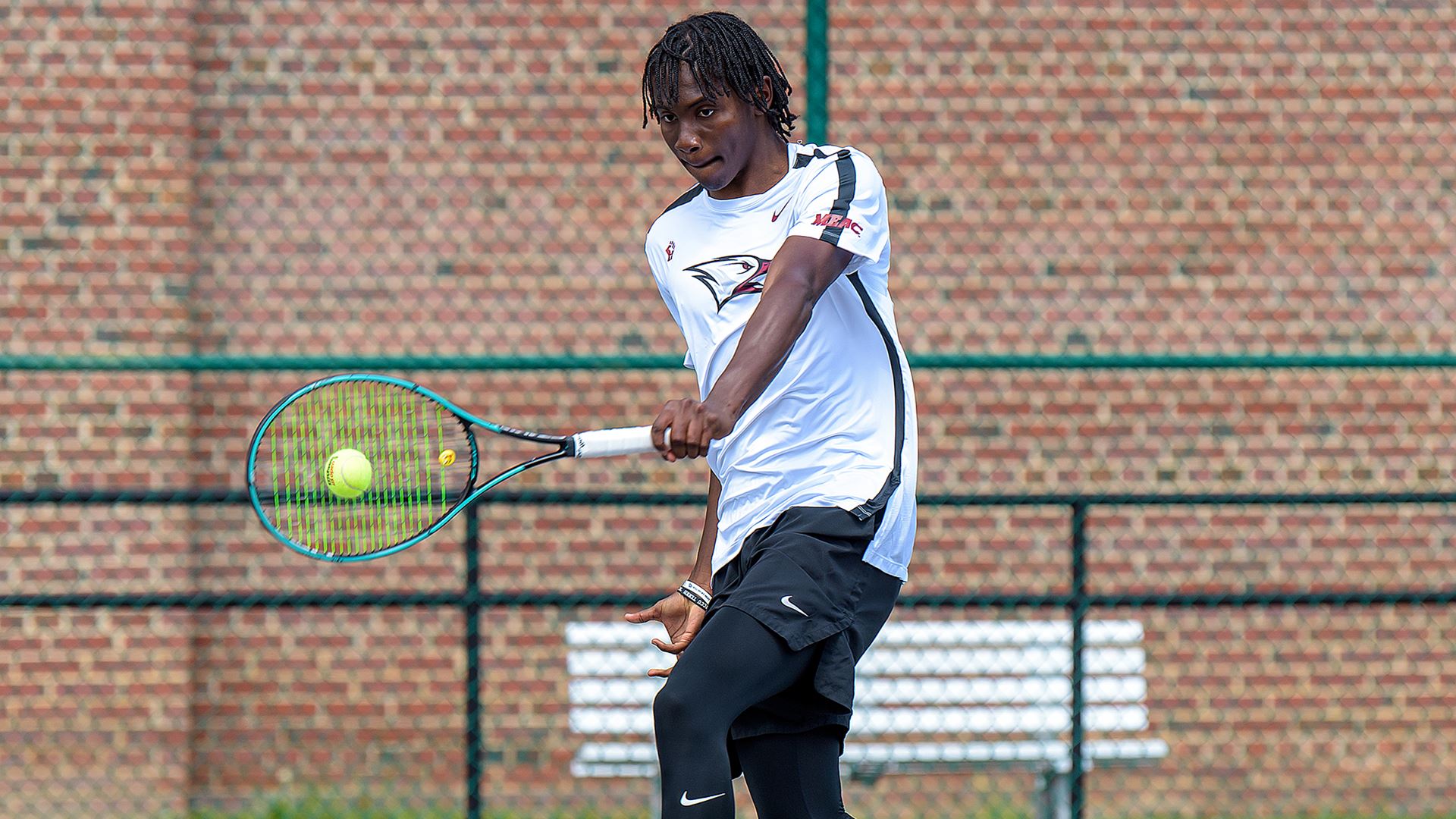 Miles Clark Picks Up Another ACC win for NCCU Tennis

WINSTON-SALEM, N.C. – Senior Miles Clark secured another three-set win atop the North Carolina Central University men’s tennis lineup to provide the Eagles with their lone team point in a 6-1 road loss at No. 10 Wake Forest University on Sunday afternoon at the Wake Forest Indoor Tennis Center.

Clark handed fifth-year senior Rrezart Cungo his first singles loss of the season with the triumph from the No. 1 position in NCCU‘s lineup. Clark controlled a third-set superset to finish off the 6-4, 2-6, 10-2 victory.

Miles Clark, an All-MEAC Second Team honoree last season, leveled his singles record to 2-2 on the season. His other win also came against an Atlantic Coast Conference opponent when Clark dispatched a player from Duke on January 23.

The Demon Deacons, who used six different singles players against the Eagles than they used in their 4-3 win over No. 6 University of Georgia earlier Sunday, improved to 13-1 on the season.

Wake Forest won the other five singles matches in straight sets after winning the doubles point with 6-4 and 6-0 wins on courts two and three. However, Clark and Baran were leading the top doubles match for the maroon and gray when the match was stopped once the team point was awarded to the hosts.

NC Central (0-4) will next play at University of North Carolina at Chapel Hill on Wednesday at 7 p.m. The Tar Heels are currently nationally ranked 21st, but another nationally poll is scheduled to be released by the ITA before that match starts on Wednesday.

Miles Clark Picks Up Another ACC win for NCCU Tennis