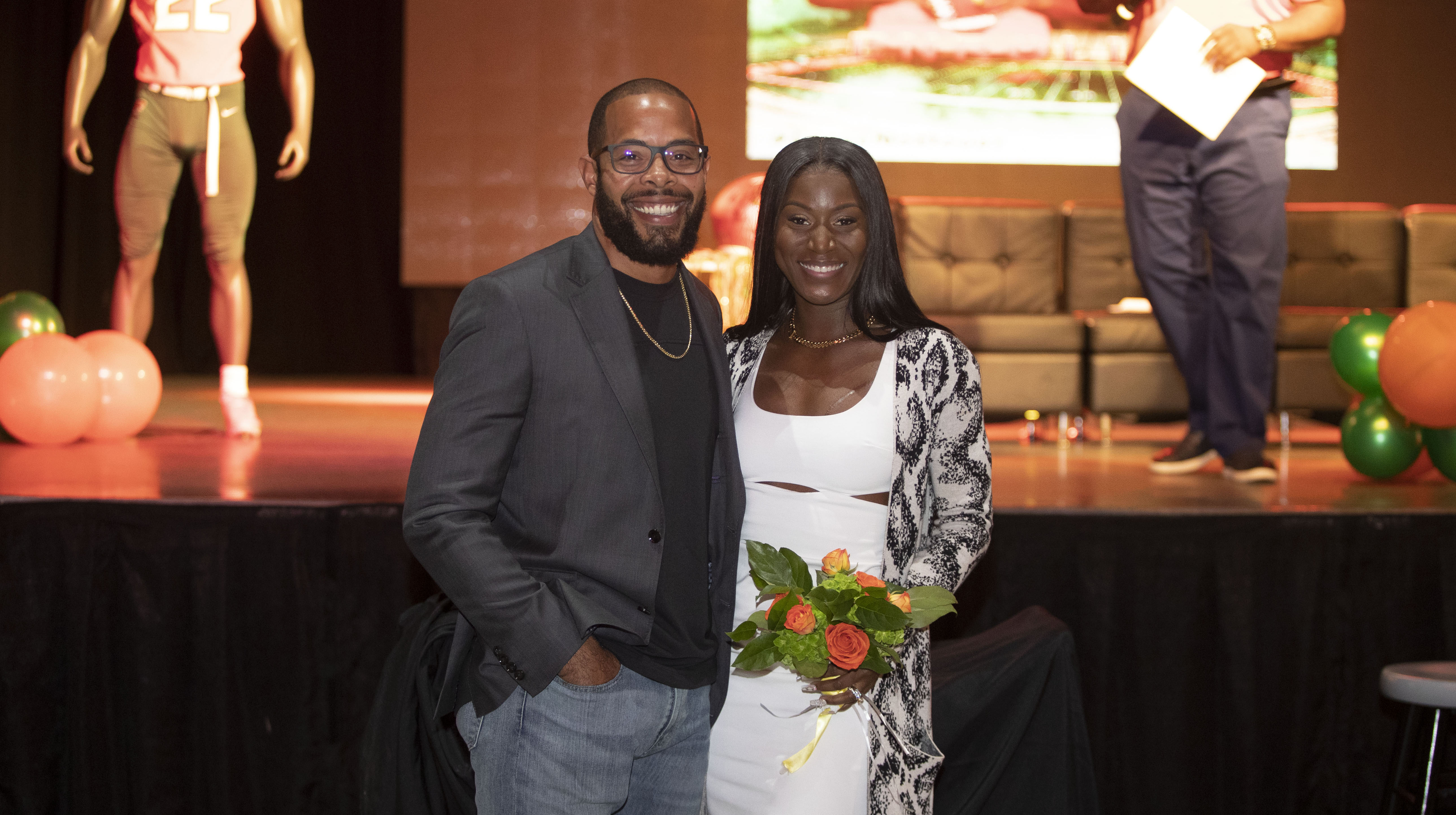 Rattlers recruit new players along with a new bride for one of its players.

TALLAHASSEE, FL–Every year, schools try to go above and beyond to make National Signing Day a special occasion.  Florida A&M held their signing day at a popular entertainment venue, The Moon, in Tallahassee.  All of the standard program events went on, but the FAMU event took a twist near the end.

Head coach Willie Simmons went through his introduction of new players signed to the Rattlers and gave the state of Rattler Football address which is customary.  FAMU President Dr. Larry Robinson and VP/Director of Athletics Kortne Gosha offered their welcomes to the crowd.

The fans in attendance cheered as the DJ played a song for them to do their first dance, to thunderous applause.  Shaia Simmons then wheeled out a full-sized three-layer wedding cake for the couple.  Coach Simmons then replied “Coach, you’re smarter than all of us.  You just got a free wedding reception complete with a DJ, a photographer and a wedding cake.”  The crowd roared in laughter as the event took on new meaning.

357
The Latest in HBCU Sports and Culture