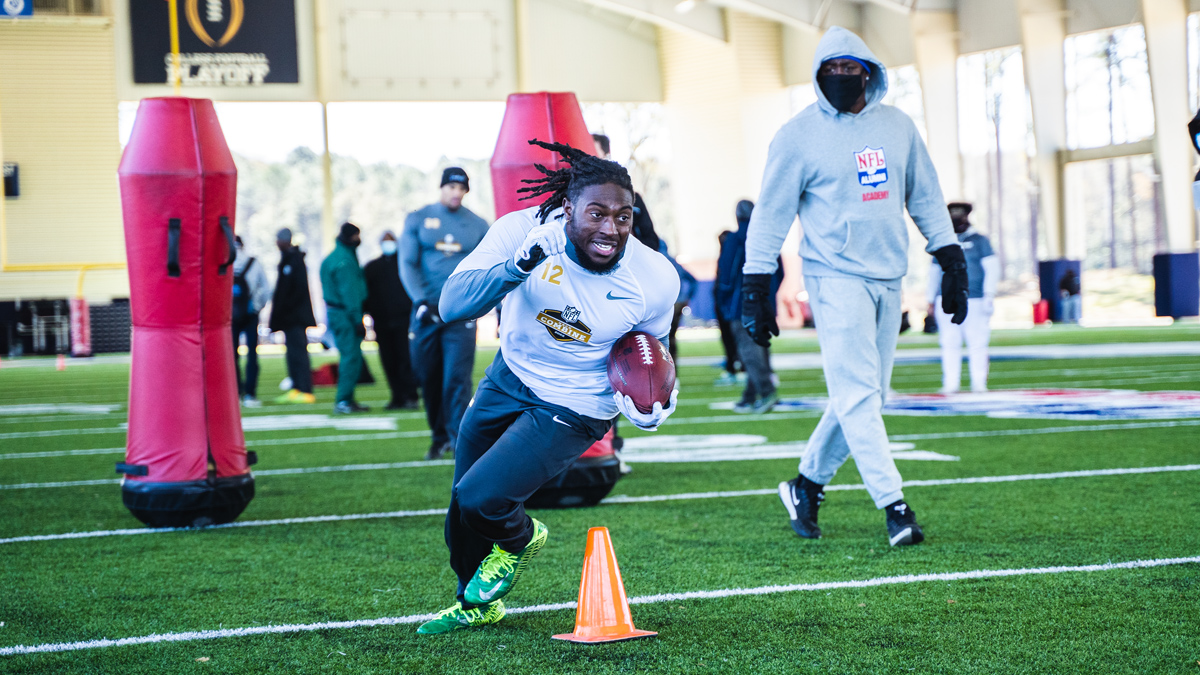 The HBCU Combine provided top prospects from HBCUs a platform to display their talents in front of NFL scouts.

MOBILE, AL — One year after no HBCU football players heard their name called in the NFL Draft, dozens of them showed up at the inaugural HBCU Combine hoping to change that this year.

Many of the names familiar to those who follow HBCU football showed up in Mobile, AL looking to impress scouts from all 32 NFL teams. Quarterbacks like Norfolk State’s Juwan “Pootie” Carter and Alcorn State’s Felix Harper had prolific collegiate football careers, demonstrating their skills against the best in the MEAC, SWAC and FCS football. Friday night they got a chance to sit down with scouts who were there to evaluate the prospects.

“It was a little overwhelming, but excited to be here,” Carter said. “Just the opportunity to be [here] is extremely a blessing. Just trying to take advantage of every aspect that you can. Getting to meet all 32 teams and having a sit down for three or four minutes was just, it was a little rush. You got to take advantage of [it], like I said, I’m definitely proud of my accomplishments in getting here, and I can say that is just the beginning.”

So what did the scouts ask?

“It wasn’t really about football. It was more about yourself and how you came up. Just your background — so I mean —  just talking about yourself. I probably told the same story at least 30 times.”

Workouts started at 8 AM with the bench press inside the locker room of South Alabama University, before transitioning to the FBS program’s sheltered facility outdoors. Unlike the NFL Combine in Indianapolis with a controlled atmosphere in an indoor facility, these HBCU players had to deal with the elements, with temperatures in the 40s for the duration of the workouts and a steady gust of gulf wind.

Those elements plus injuries compelled some like Alabama State running back Ezra Gray to make business decisions. Gray participated in drills, registering the day’s highest mark on the broad jump, but he opted out of the 40 yard dash. He explained why.

“It’s a big difference between running a 4.4 and a 4.3. So even though it’s a tenth of a second, you know, draft guys are real big on that and they’re real nit-picky because if a guy that claims he’s a 4-3 guy That’s what they expect to see to see.”

Not all top black college football players were at the HBCU Combine, though most were invited. Several players, including SWAC Offensive Player of The Year Aqeel Glass, are participating in the NFLPA Bowl game. Others like Fayetteville State’s Joshua Williams will be in Mobile for the Senior Bowl. And a few have earned invites to the big NFL Draft Combine. Still, the players that did show up did their best to impress the scouts on hand. Only time will tell if it was a success, but the players seemed to relish in the experience.