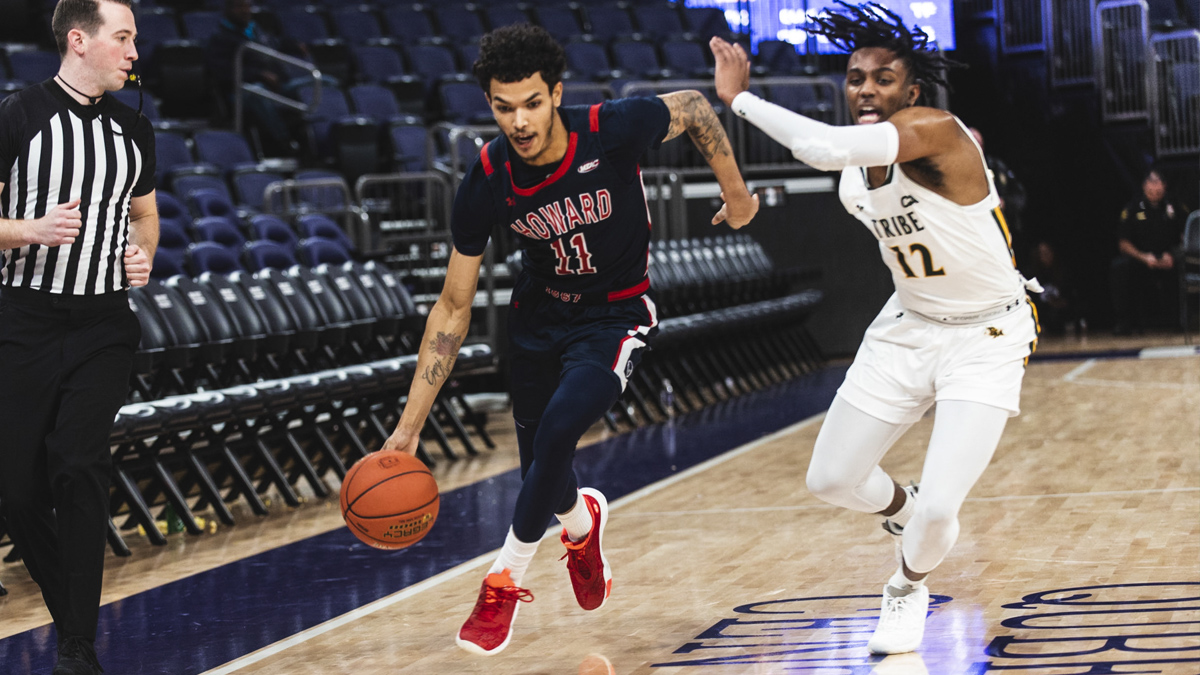 Howard University went to Durham and emerged with an overtime victory after nearly letting NC Central back in the game.

With the victory, HU (8-9, 2-2 MEAC) grabbed its second win during its four-game road swing while knocking off NCCU for the first time at McDougald-McLendon Arena since December 2015.

On the afternoon, Foster shot 10-of-12 from the floor, including 5-of-6 from long range, while recording a pair of steals.

HU held a double-digit halftime lead, 39-22, but North Carolina Central opened the period on a 7-0 run, capped off by a layup from Randy Miller, Jr., 39-29. Howard fought back, but NCCU continued to chip away at the deficit.

With more than eight minutes remaining, NCCU’s Justin Wright scored on a fastbreak layup and put the Eagles ahead, 48-47; thus, erasing a 24-point deficit.

North Carolina Central extended the margin to six after a three-point play from Eric Boone, 55-49, but the Bison refused to go away.

In the final five minutes, both clubs went back-and-forth and found themselves deadlocked at the end of regulation, 62-62.

With less than two minutes left in OT, NCCU held an eight-point advantage after a trey ball by Marque Maultsby, but the Bison had one-last run.

With 18 ticks remaining, Wright’s go-ahead layup gave the Eagles a two-point lead. In Howard’s final scoring possession, senior Deven Richmond (Bowie, Md.) grabbed a loose offensive rebound and found Hawkins for three, but he passed off to Foster in the corner for the win.