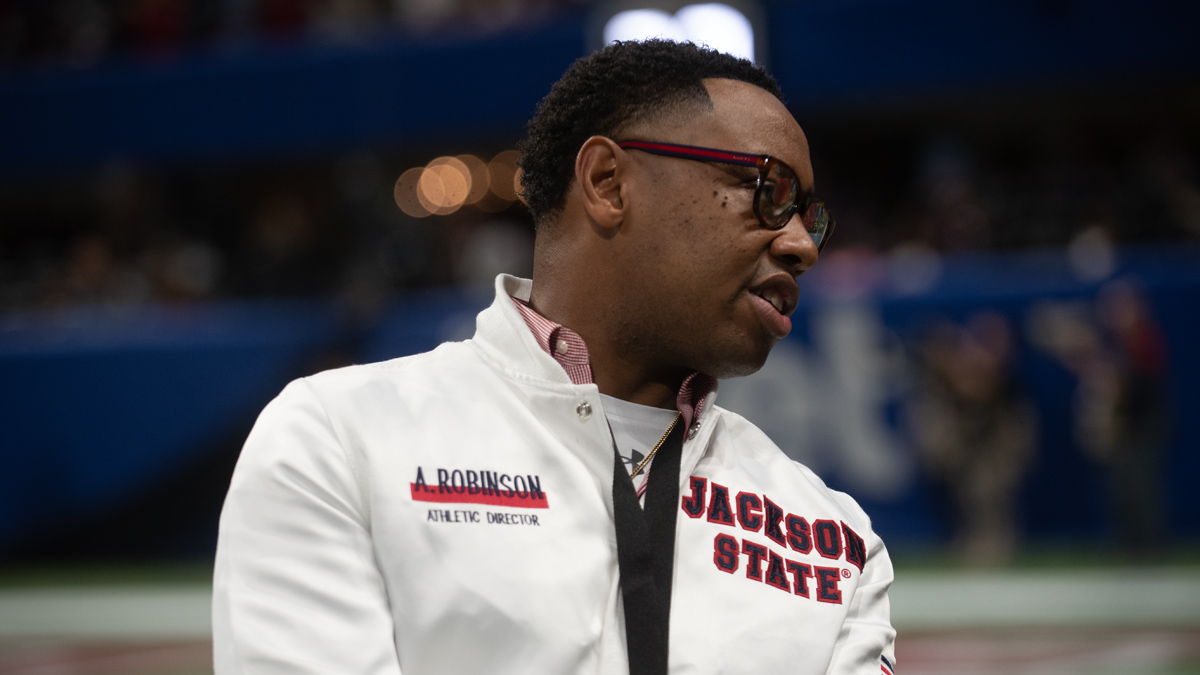 Jackson State Director of Athletics Ashley Robinson is excited about the ability to create something new in Birmingham.

Jackson State and Southern are two of the biggest fan bases in the SWAC, HBCU football and FCS football as whole. So when the two schools agreed to play each other in Birmingham, AL instead of Jackson, MS or Baton Rouge, it raised many eyebrows.

In an interview with HBCU Gameday earlier this week, SWAC Commissioner Charles McClelland explained the rational for the SWAC getting involved at the request of the two universities. JSU Director of Athletics Ashley Robinson echo’d the commissioner’s comments.

“If you know the history of Southern and Jackson State, that’s a big rivalry,” Robinson told the Clarion-Ledger. “For me, I think it’s probably even bigger than the Alcorn rivalry when you start looking at butts in the seats and revenue, and things that happen around the game. So the AD (Roman Banks) and I worked together to say, ‘Hey, we can’t go those two years without Southern and Jackson State playing.'”

Due to the addition of Bethune-Cookman and Florida A&M last year, the SWAC’s eight-game schedule format shifted to where the two rivals — Jackson State from the east and Southern from the west, would not be scheduled for 2023 and 2024. That left it up to the two schools to figure out how to supply the demand for the game and they went to the conference — which is based in Birmingham.

“The commissioner and the city of Birmingham always said they wanted a game in Birmingham,” Robinson said. “And so we said we’ll go to Birmingham those two years and make it a classic. And the City of Birmingham offered free rent, free operations costs, and all the gates go to both schools, so you’re talking about potentially over a million dollars of revenue for each school for those two years which makes a lot of sense for us.”

Critics of the move say that it is taking away potential revenue from the communities in Mississippi and Louisiana. Robinson, like McClelland sees it as a way to make money for two years without having to play an additional FBS game.

“It gives us an opportunity to create classics,” Robinson said. “You’re looking at keeping the revenue in the conference, and keeping the tradition going and continuing to play those teams. It wasn’t a situation like a lot of people thought that we were taking away home games for Jackson or Baton Rouge. It was simply two years that we were not going to play each other at all.”

No decision will ever make everyone happy, but it seems that the athletic departments are pleased with the outcome.