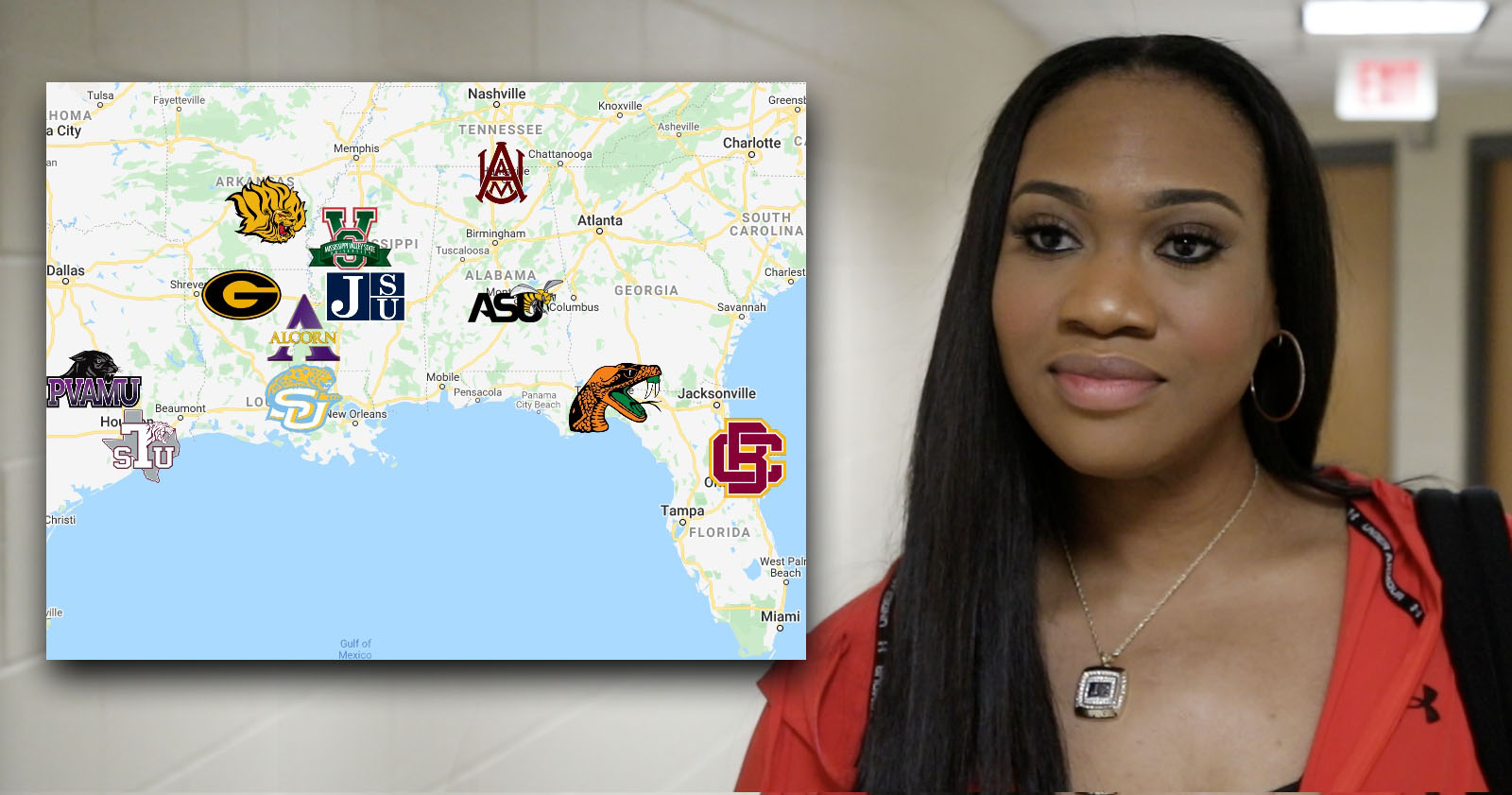 Exclusive bus travel is no longer an option.

The SWAC expansion with the addition of Florida A&M and Bethune-Cookman Universities has had an immediate impact.  Several sources have called it an HBCU “super” conference.  With the SWAC’s already robust roster of schools, adding in the Florida schools stretched the footprint of the conference from as far west as Prairie View, TX to as far east as Daytona Beach, FL.

While the expansion was widely considered in terms of football, the shuffling has resulted in alternative arrangements being made to reach the outer limits of the conference by the conference’s previous members.

“I was a little nervous.  This is the first time since I’ve been at Jackson State that we actually had to take a flight this season.  We normally get on a bus and take a ride, so I didn’t know how our bodies were going to be coming down on flights having long days.  But, nevertheless the girls pulled it out.  They were extremely strong and heady…they played together,” Reed said.

Before expansion the footprint was more compact

Before the Rattlers and Wildcats were added to the roster, the farthest trip west the Tigers would embark on was the 488 mile trek to Prairie View, TX.  The farthest east JSU would travel for conference play was 248 miles.

Now the Tigers have to consider options for the 455 mile ride to Tallahassee, FL and the 683 mile venture to Daytona Beach, Fl.  Fortunately, the SWAC has the “travel buddy” system that many conferences employ to group weekend swings into a geographical location.  With that in consideration, JSU only had to travel about 250 miles by bus.

Reed’s team responded to the new challenge with two resounding wins.  They blew out the Wildcats in Moore Gymnasium 82-49 and skipped down I-10 to dominate the Rattlers 90-34.  The Tigers definitely didn’t experience any jet lag

As the spring sports begin to hop into conference play, trips of this nature will surely become the new normal for members of the SWAC.