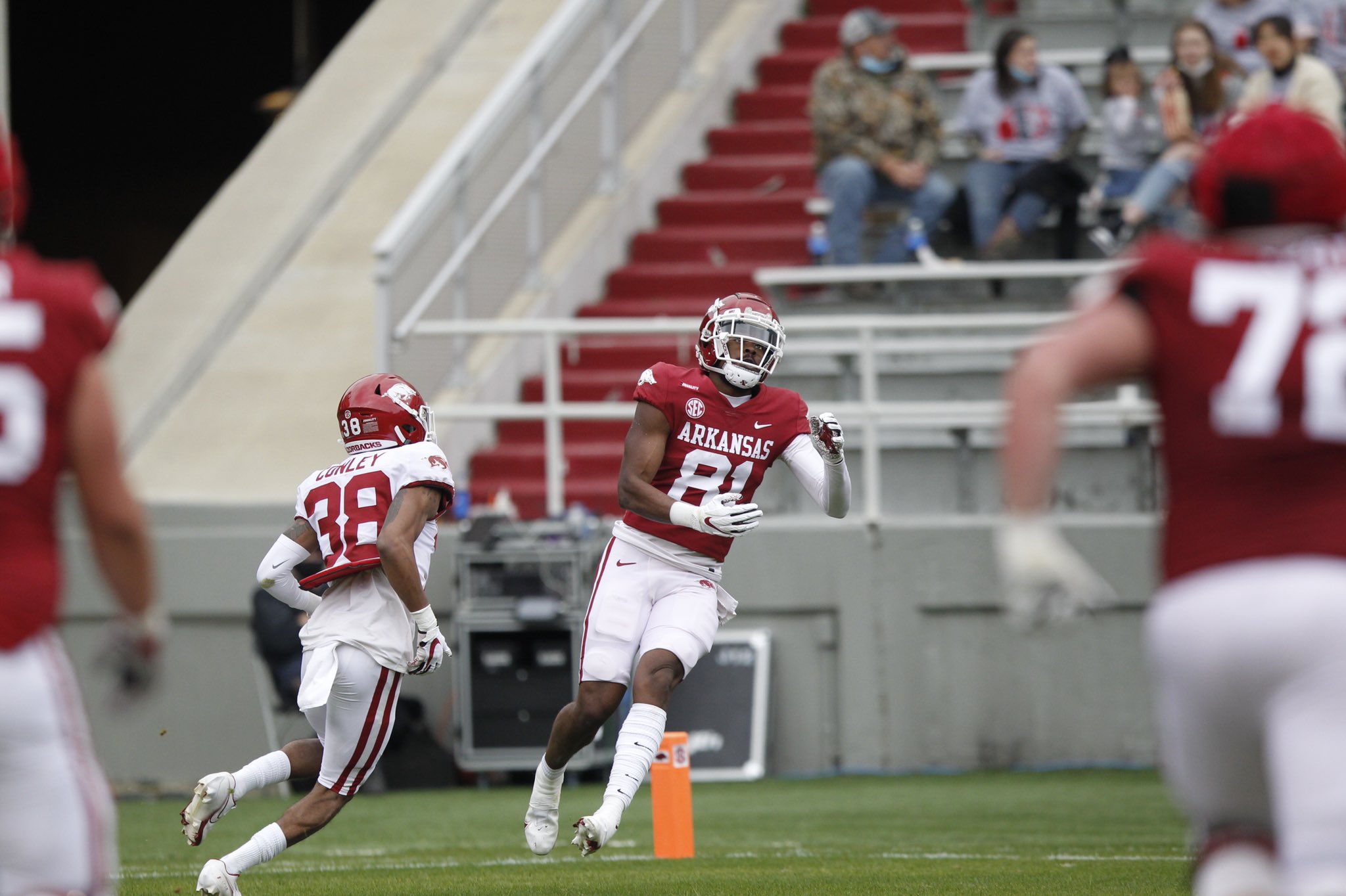 Darin Turner recently transferred from Arkansas to Alabama A&M. The former four-star recruit is on a mission to win in the SWAC.

Darin Turner recently announced his decision to transfer from the Arkansas Razorbacks to the Alabama A&M Bulldogs. The wideout explained his decision to choose the Bulldogs and his overall goal to win it all in an in-depth interview with HBCU Gameday.

“They were on top in 2021, they want to keep winning. They want some more respect,” Turner explained. “I’m trying to come in and like, be a role player, be a leader for the team”

“And hopefully with me now we can go undefeated, we can beat JSU,” Turner continued. “I’m going to bring a lot to the table.”

Alabama A&M fans have a lot to be excited about when it comes to Turner’s game. He was a four-star prospect coming out of high school in 2020 and chose the Razorbacks over LSU, Auburn, Ole Miss, Clemson, and other power five schools.

Darin Turner drew comparisons to NFL legend Calvin “Megatron” Johnson coming out of high school. He has embodied the nickname and hopes to follow in the Hall of Famer’s footsteps.

“That kind of started when I was zoned in as I started playing, they were like, you play like Megatron,” Darin Turner explained. “And when I do my research, I’m like, Oh, I kind of do play like him.”

Turner did not get a chance to fully unleash his potential at Arkansas as he got buried in the depth chart. The coaches that recruited him to the program left the school, which led to Turner transferring.

“I received a new head coach. So that was kind of hard,” Turner explained. “So I was like, maybe like, I got to find another opportunity somewhere I can go ball.”

Turner is taking his transition to Alabama A&M one game at a time but he is eyeing the Jackson State matchup the most.