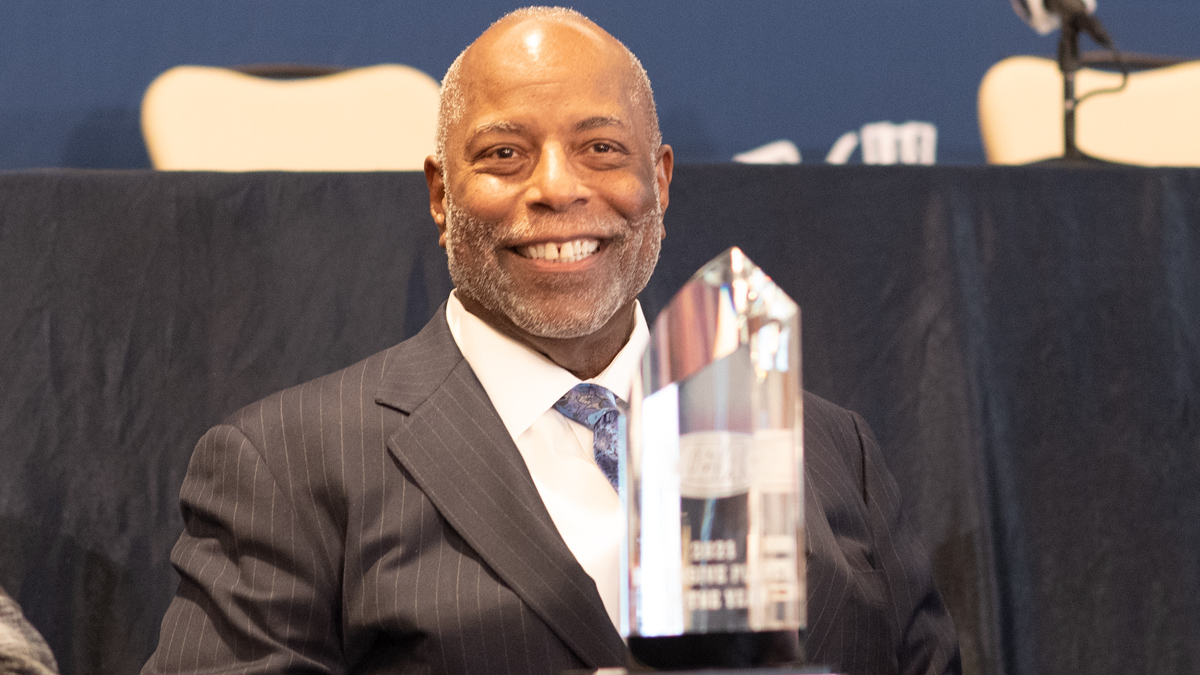 As an offensive lineman at Alcorn State, Thomas was a two-time Pittsburgh Courier All-American (1972, 1973), and he was named the Southwestern Athletic Conference (SWAC) Offensive Player of the Year in 1973 – the first and only offensive lineman to win the award.

He beat out Jackson State legend Walter Payton for the award that season.

Dennis Thomas was a member of the Braves’ 1970 SWAC championship team, and his teams went a combined 27-8-1.

Following his playing career, Thomas embarked on an athletics administration career that saw him serve as an assistant football coach at his alma mater, a head coach at South Carolina State from 1986-88, Director of Athletics at Hampton University for 12 years and Commissioner of the MEAC from 2002-21.