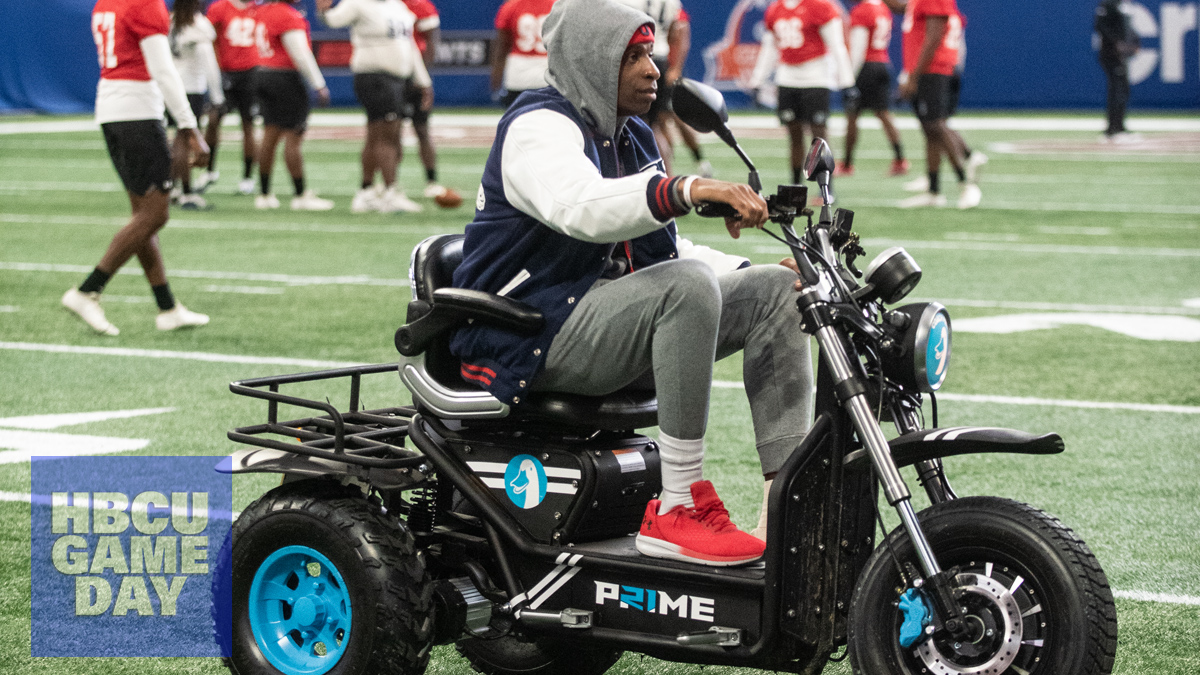 Deion Sanders kept it all the way real with regards to the recruitment of Travis Hunter and the Florida State backlash.

Nearly two weeks after Deion Sanders and Jackson State flipped the top recruit from Florida State, the world still wants to know exactly how he did it.

Sanders told reporters at the Celebration Bowl that he didn’t really feel like he “flipped” Travis Hunter. He reiterated that on the Rich Eisen Show last week.

Florida State fans didn’t quite see it that way. Many FSU fans, who revered Sanders for his time as a player there, took exception to him landing a guy he thought was “theirs.” Some even burned signed Deion Sanders jerseys. Sanders said he “laughed my butt off.”

“People were so surprised about that deal that you got it because people are always astonished for what they hadn’t seen and they hadn’t seen a young man of that caliber go to an HBCU in the last 30 years,” Sanders said. “So that’s why they were surprised. Then the idiots start to think foul play. How are we going to play foul when we don’t have any funding. If we had funding, now, you can play the game like everyone else plays, but we don’t have it.”

Sanders said he’d simply done for JSU what he had been doing for Florida State for years — helping reel in a big-time recruit. He recalled a time a few years ago where he was asked to do the same thing.

“I facetimed the kid, I face timed the mother, and I did my thing. Florida State has been using me for years to do what I do to help influence these kids to come to the wonderful alma mater. No problem. That did it. I believe the kid signed.”

So, Sanders asked, what was the difference between doing it for FSU and JSU?