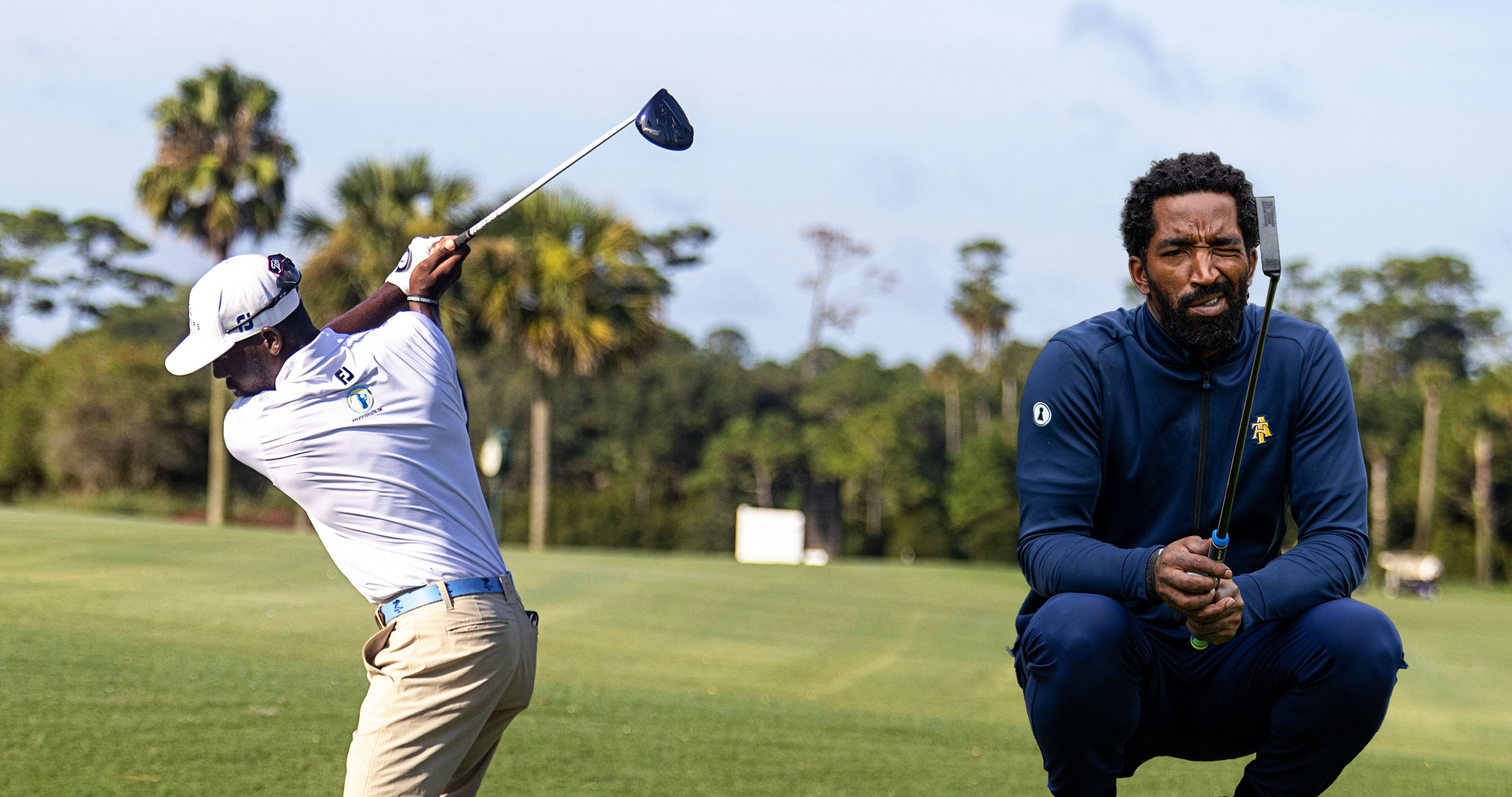 2022 could be the best year ever for Blacks in golf

The beauty that 2022 holds is the sheer increased number of blacks that have the opportunity to compete in professional golf.

I know, at first it seems unreasonable to make this statement.  The elephant in the room is the massive career of Tiger Woods.  How can anything measure up against the historic career of Woods as it pertains to minorities in golf?  Even the historic appearance of Lee Elder in The Masters does not bode well against arguably the best golfing career ever.

The beauty that 2022 holds is the sheer increased number of blacks that have the opportunity to compete in professional golf.  With the advent of the APGA Tour, the PGA Works National Championship, an increase in the PGA Tour’s diversity in sponsor exemptions and the Korn Ferry Tour’s partnership with the APGA, opportunities for blacks to expand and explore the professional golf world are at an all-time high.

More importantly, corporate America has taken note of the growth in minorities in golf and have responded with sponsorships and endorsement deals.

In 2021, golf was able to resume at the collegiate level.  FAMU, who won the school’s first-ever MEAC championship, caught a big timely break.  Taylor Made golf stepped in and provided the Rattlers, who had four of the top five ranked minority golfers in the country on its team, with its pro line of drivers.  It also supplied balls and other gear for the team.  Previously, sponsoring golf had been a total burden on the FAMU Athletics department in that golf did not generate money.  All monies spent on golf had to be generated elsewhere in the department.  With the professional drivers having a price tag of over $1,000 each including the high-tech shafts, and with professional golf balls costing in excess of $45 per dozen for the best brands, it is an expensive undertaking.

The NBA effect on HBCU Golf

Recently, at North Carolina A&T State, former NBA great JR Smith joined the team.  He is steeped in the HBCU experience and joined the golf team after enrolling in college.  He was able to foster a partnership with industry leader Taylor Made whereby the whole team was custom fitted with full golf gear including traveling to Taylor Made’s technology site nicknamed “The Kingdom.”  It is a place where Taylor Made uses the latest in technology to evaluate players and design equipment best suited for their games.  Each player was evaluated and fitted just as PGA Tour professionals are.

At Howard University, another NBA star has had major influence in the game of golf.  Steph Curry donated over $6 million for Howard University to revive its dormant golf program. Sitting in limbo for 40 years, Curry’s donation saw immediate results.  Within a year of restarting the program, Howard was able to produce the No.1 player in minority golf.  Gregory Odom Jr., shot a combined three-day total of +4 on the famed Stadium Course at TPC Sawgrass to best all HBCU players in the championship.  The Bison held the lead in the tournament for the first two days, but were unable to hold off the eventual national champion Prairie View A&M Panthers.

The APGA Tour exploded in popularity in 2021.  Eventual champion Willie Mack II is a Bethune-Cookman alum and has been granted exemption to the Korn Ferry Tour as well as a year’s free access to a Lexus vehicle for winning the individual championship on the APGA Tour.

Kamaiu Johnson, whose life story was the story in golf in 2021, made his way around the APGA Tour.  He would also get an exemption to play in the PGA Tour’s Honda Classic in West Palm Beach, FL.  While he didn’t make the cut at the tournament, which was held on one of the toughest courses on all the PGA Tour, the exposure to the next level of golf will play into his preparation to working toward making the tour.  Johnson would also attain sponsorship from Farmer’s Insurance.  Anyone familiar with golf knows that golfers bear their own expenses to play in tournaments.  Tournament entry fees, travel and lodging itself is astronomical.  With sponsors, players are able to sustain their ability to travel to and enter tournaments.

While the success of Tiger Woods’ career is certainly the pinnacle of blacks in golf to this point, the promise of increased outreach by the APGA Tour, the PGA of America, the PGA Tour, PGA Works and corporate sponsorships have set up 2022 to be an explosive year for blacks in the professional game of golf.

2022 could be the best year ever for Blacks in golf