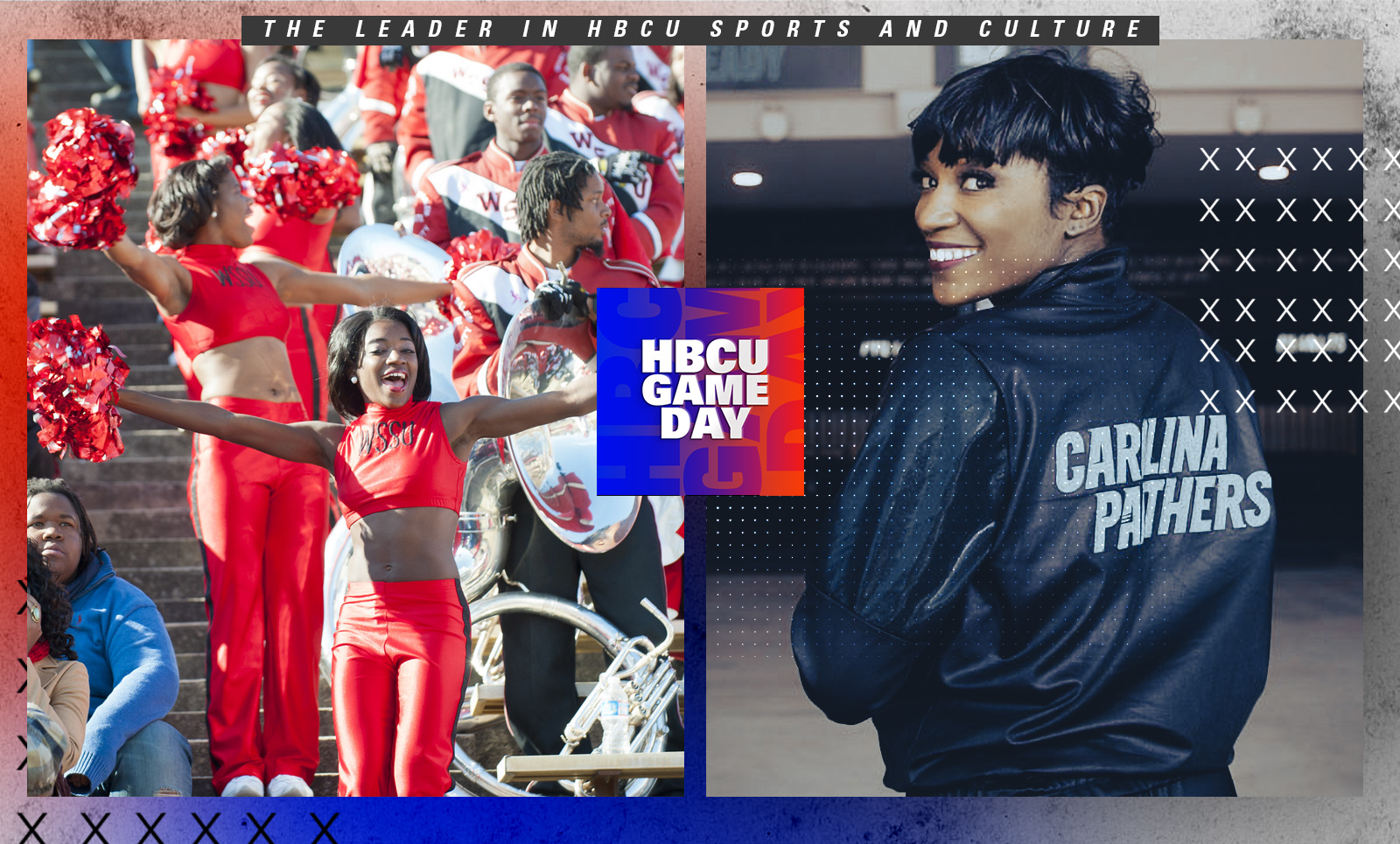 How Brandi Smith went from WSSU to the Carolina Panthers

It was a long road from cheering for Winston-Salem State University to doing it for the Carolina Panthers. But Brandi Smith stayed committed.

When the Carolina Panthers walk out onto the field at Bank of America on Christmas Day, there will be thousands of people cheering them on.

Brandi Smith will be among that number — not in the stands but on the sidelines.

Smith is a member of the Topcats, the official cheerleaders of the NFL franchise. She’s also one of four members of the dance team that all attended one HBCU — Winston-Salem State University. Her journey from WSSU cheerleader to NFL cheerleader was one of patience, determination and perseverance.

The New York native remembers the first time she became aware of WSSU — and it involved cheerleading.

“I actually stumbled upon Winston-Salem State my senior year of high school. Me and my friends were on YouTube. I ran across the 2009 cheerleading team, and I completely became obsessed with the cheerleading squad,” Smith remembered. “Originally, I also was going to be a nursing major, and I know Winston-Salem State has one of the best nursing schools in the country.”

Smith came from a more traditional cheer background in high school, which meant she quickly had to learn the “stomp-and-shake” style cheer that WSSU’s Powerhouse cheer squad has been known for decades. She tried out and made the team at a time when WSSU was making its transition back to the CIAA after a stint in the MEAC. The timing turned out to be perfect for Smith.

“When I came into came to Winston, we had just gotten back into the CIAA, so it was kind of like ‘we’re back and we’re coming back with a bang.” Smith remembered on the steps of Bank of America Stadium,” she said. “The football team was top notch. I cheered when we went to the D2 National Championship. Unfortunately, we did not come out with the win, but it was a great experience. Just the whole energy I heard in the past — I guess where in the MEAC — the spirit wasn’t there, but during my tenure at Winston we had all the pride. All the spirit of the games had like the most energy, the basketball games, the football games, the band, everything was just at the highest caliber and it was the best experience.”

As Smith’s collegiate career came to a close, she knew she wanted to keep cheering and set her sights on cheering for the Carolina Panthers. So in 2015 she tried out for the Topcats. She remembers it as being a tough experience and she didn’t make it very far.

“I didn’t I didn’t know what to expect. So over the years, I started taking technique classes because I come from a strictly cheerleading/stomping-and-shake background,” Smith said. “I didn’t grow up in competitive dance, I didn’t take dance classes or anything like that, so I was starting from scratch.”

Smith spent the next couple of years cheering for other semi-pro and pro teams, including the Baltimore Blast, as she relocated out of the area. When she knew she was on her way back to North Carolina she decided to give it one last go.

“I told myself this was going to be the last time I auditioned because I am getting older. I do have a daughter who I’m starting to put into cheerleading myself and it’s time to invest in her. But I wanted to give myself one more chance because I just felt like it was my time.”

“It took so much hard work and every year, I always wondered why. Of course, sometimes you knew why, but I always saw like, am I ever going to get this opportunity? Is it ever going to be my chance? And even having friends who were able to make teams and just see them have this experience and I want to be supportive of them. I’m their friend, I want them to make it. But in my head, I’m like, am I ever going to get that opportunity? So after years and years of no’s and finally hearing that, yes it’s like — ‘thank you.’ Finally.”

Smith says she’s thankful for her time as a cheerleader and a student-athlete, which helped her get the drive she needed to push through to follow her dream.

“Bowman Gray was an experience within itself, but I’ll say the first game I could do is just like scan the whole environment because I really never been to NFL games in its entirety,” she said. “So one of my first games actually has been on the field at my first preseason game, and there were times where little tears came down my eyes because I literally never thought — I never thought I would be here, so it’s just been a humbling experience, and I thank God every day. But this opportunity, and I don’t take for granted any moment that I’m here. Anytime I’m around my teammates my coach, I’m just completely grateful.”

How Brandi Smith went from WSSU to the Carolina Panthers