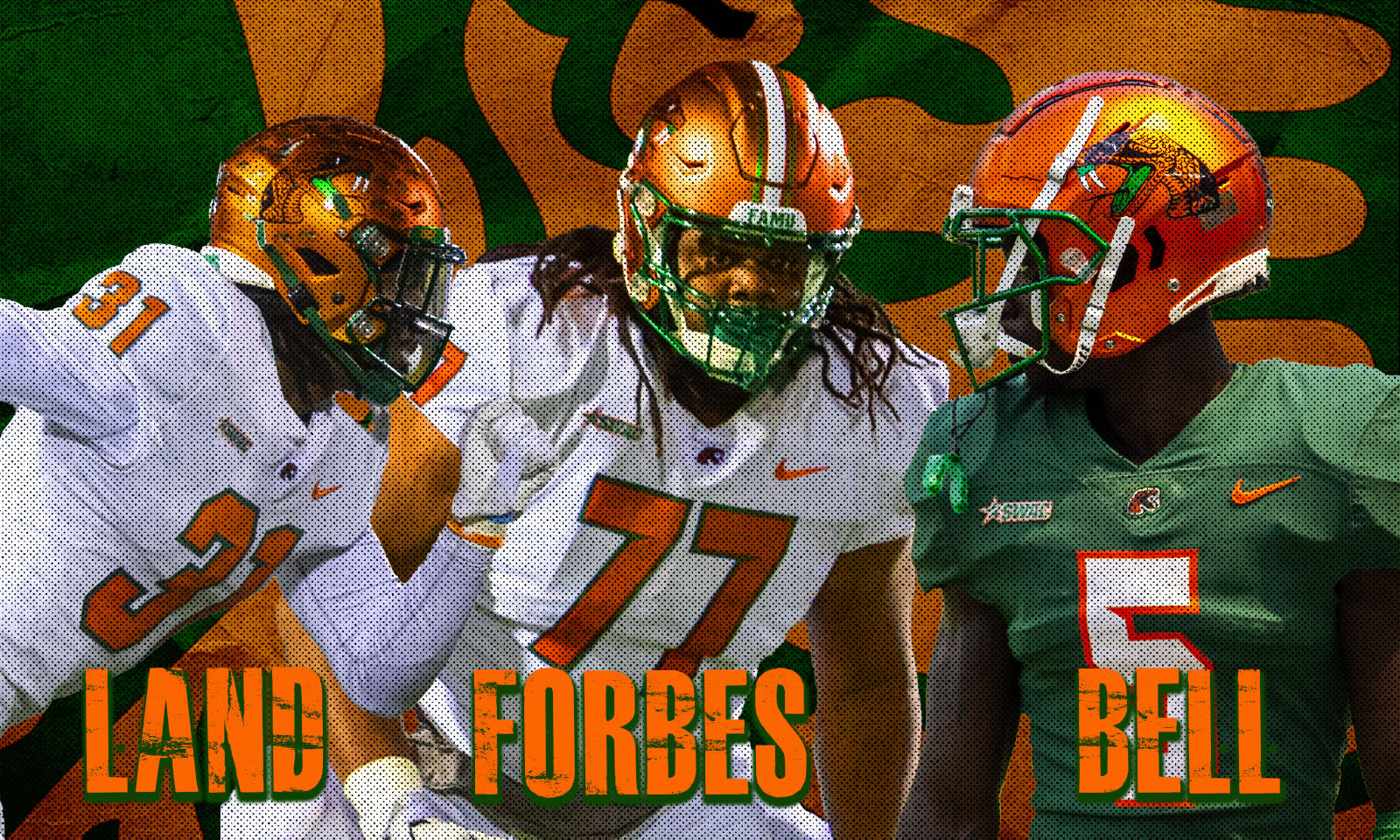 The Florida A&M Football team was definitely noticed this season as three players in particular are approaching consensus All-American status.  FAMU senior safety Markquese Bell, junior linebacker/defensive end Isaiah Land and senior offensive lineman Keenan Forbes are being named to virtually every All-American list published.  Less than a week after the NCAA HBCU Power Rankings tabbed FAMU as the No.1 team in their 2021 final poll, the success of the individual players is starting to materialize.

Bell, who was All-SWAC first team, was also named to the Stats FCS All-American team and the Hero Sports All-American team.  He was first team selection on both teams.  Bell finished 17th in Buck Buchanan Award voting.  He paced the Rattlers with 79 tackles this season, fourth in the SWAC.  He also had 6.5 tackles for loss, four forced fumbles, two sacks, one interception, and one pass breakup.  He earned SWAC Player of the Week for an outstanding performance against the University of South Florida.  The 6’3”/205 lb athlete has garnered the complete attention of NFL scouts all season.  Bell transferred to FAMU from the University of Maryland.

Land is a finalist for the Buck Buchanan Award

Land was named SWAC Defensive Player of the Year along with making first team All-SWAC.  He also made first team on the Stats Perform and Hero Sports All-America teams.  Land  is a finalist for the Buck Buchanan Award, being one of three players selected to attend the ceremony in person in Fricso, TX as part of FCS Championship weekend.  He leads the nation with 25.5 tackles for loss and 19 sacks. He also had three forced fumbles, two pass breakups, and one fumble recovery. Two times this season Land earned SWAC Defensive Player of the Week.  Land is 6’4”/215 lbs and is on the radar of NFL scouts for next season.

Forbes was a first team All-SWAC performer this year.  With 92 knockdowns and allowing only one sack, he was greatly responsible for keeping FAMU quarterback Rasean McKay upright. Forbes measures in at 6’3”/300 lbs, leading the way for Bishop Bonnett, the SWAC’s first team All-SWAC running back.  Forbes was named third team on both the Stats Perform and Hero Sports All-American lists.

Adding to Land’s mystique is the obvious pursuit of him for his senior season by Power Five schools. Land is a graduate student that could easily transfer into another program without having to enter the recent transfer portal. The conversation encouraged Land to respond on Twitter in Mike Jones fashion “Back then they didn’t know me..now, they all up on me.” Land has publicly stated that FAMU was the place that made him and the place he will finish his career.

Shered to return to Florida A&M

FAMU receiver Jah’Marae Shered who also had a phenomenal season, was named to the Stats Perform team as the second string punt returner.  The exciting receiver was hampered by injury down the stretch of the season, but will return to the Florida A&M squad for his final year along with dual threat retruner/receiver Xavier Smith.