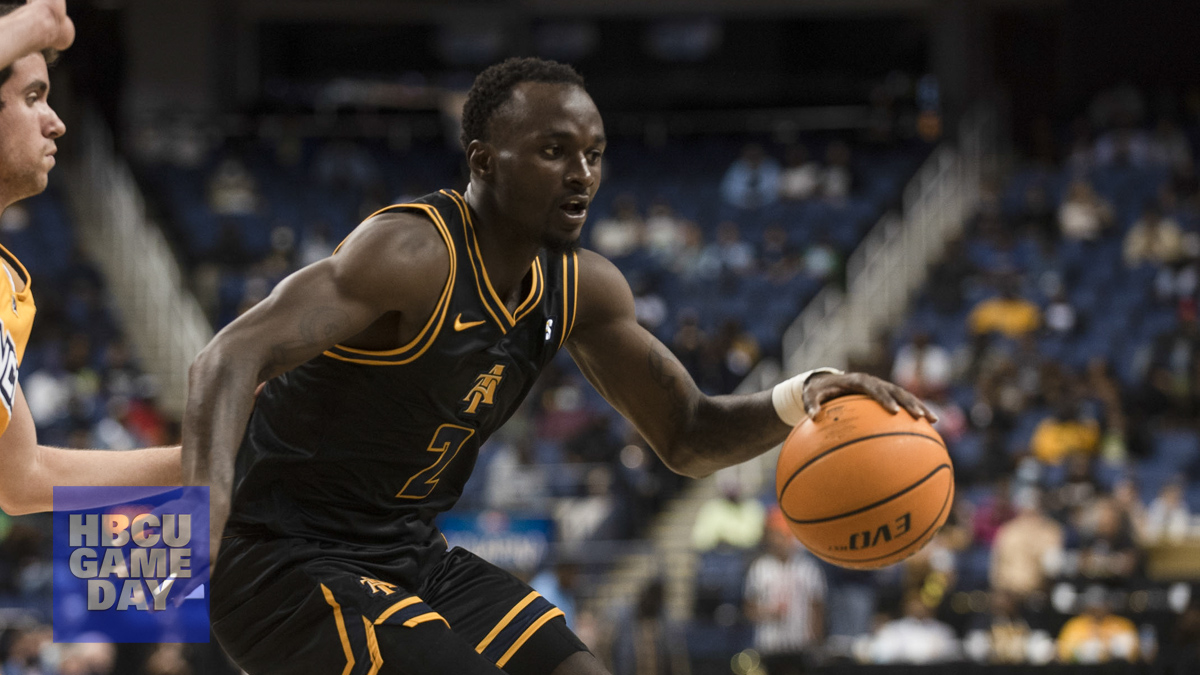 North Carolina A&T has weathered a tough non-conference schedule with moving pieces as it prepares to begin Big South play.

The non-conference portion of the inaugural Big South season for North Carolina A&T is in the books. A&T wrapped up the 2021 portion of the season at home with an 88-63 win over Mid-Atlantic Christian.

The blowout win was expected against MACU, a team that plays not in the NCAA but in the United States Collegiate Athletic Association.

What wasn’t expected was A&T getting blown out in front of a national television audience this past weekend against Howard. Head coach Will Jones said plainly he was not pleased with his team’s effort or intensity in the limelight.

“It’s a little bit of an immaturity thing coming off of a really good win on the road against East Tennessee State and just forgetting how you did what you did early in the week and coming out and playing totally different at the Legacy Classic,” Jones said after Wednesday’s win. “But you know, we learn from it and we’ll continue to learn from it once we get back from Christmas, getting ready for our first conference game.”

The Aggies head into their first Big South conference season with a 5-9 record.

“You know, I know we played probably the first or second toughest non-conference schedule — this being only our third home game,” Jones said. “Some Big South teams have as much as five or six home games.  I think we left a couple of games on the table that I felt that we should we should have won. But I thought we overall competed at a high level all the way through, except this last Howard game and we’ll take that into the Big South and try to get ready to go.”

Indeed, the Aggies are still a work in progress. They started the season with Marcus Watson, Demetric Horton and David Beatty looking to fit in with veterans Kam Langley and Tyler Maye and Harry Morrice, and they have done that by being A&T’s top scorers. But as late as the last week they have also added big man Collin Smith (a USF transfer) and freshman Jaylen Jackson to the mix. And then there’s Duncan Powell. The highest-rated recruit in A&T history has yet to play this season, but Jones says he should be suiting up soon.

“We’re going to kind of get back to the basics after Christmas, get some guys in shape, blend the group that will be here. You know, Duncan will probably be in that group because he’ll probably have…his brace will be here at that time,” Jones said. “And so we’ll continue to try to blend this group and get ready for one game at a time Presbyterian to be the first game and get ready to try to go 1-0.”

That game against Presbyterian is scheduled for Jan. 5. But with COVID-19 cases on the rise due to the omicron variant, things can change in the blink of an eye. And no one knows this more than an A&T squad that did not get a chance to play in the MEAC Tournament due to a COVID-19 issue earlier this year. Jones said his entire team, as well as staff is vaccinated.

“Everything else is really out of our control,” he said. “I’m pretty sure over the next week or two weeks, other leagues, the NCAA will come out with what they think is supposed to happen in terms of forfeits and who can play, who can’t play because this thing is kind of, you know, it’s going to take it over its own field. People, players that are vaccinated are still getting the virus.

“And so, you know, they have protocols in terms of forfeits. But I think some, you know, some of these conferences are going to start to evaluate wins and losses because everybody’s doing what they were told to do. And so it’s kind of unfair for teams to get losses for doing what they’re supposed to do because, you know, somebody who was vaccinated got the virus. And so we’ll see. I just told these guys to be safe as they go home and be with their families.”

107
The Latest in HBCU Sports and Culture