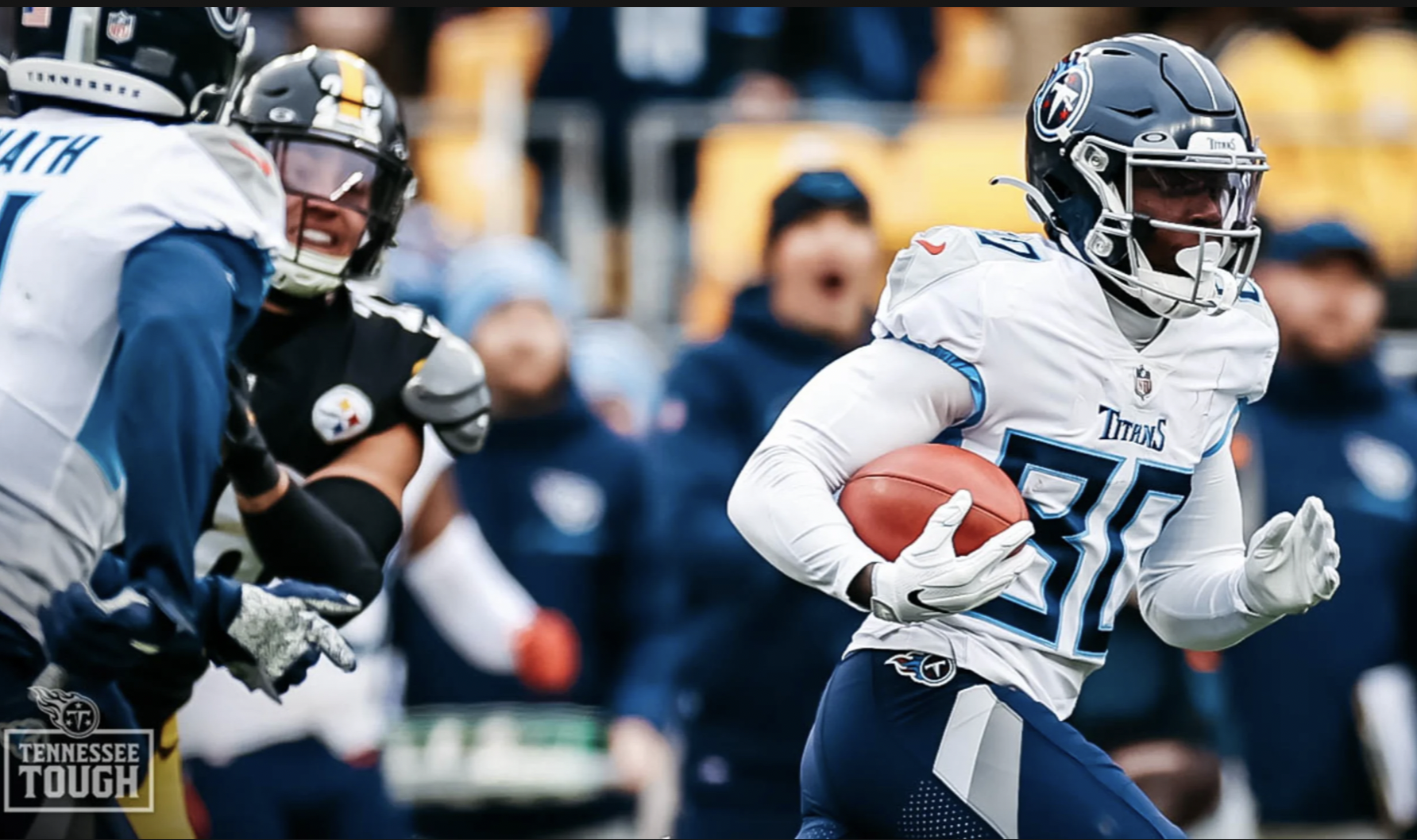 Chester Rogers (#80 above) had 118 all-purpose yards but it wasn’t enough for Tennessee to get a win over Pittsburgh. Darius Leonard led the Colts over the Patriots and won AFC Defensive Player of the Week. Check out all the HBCU NFL standouts in this week’s ProFile.

Topping the list of this week’s HBCU NFL standouts are Indianapolis linebacker Darius Leonard out of South Carolina State and Tennessee wide/receiver Chester Rogers out of Grambling State.

They had different outcomes.

Rogers did all he could to lead the Titans to a win in Pittsburgh. He contributed on both offense and on special teams totaling 118 all-purpose yards to win the ProFile player of the week award in both areas. It was not enough however as the Titans fell 19-13 to the Steelers.

On offense, Rogers got more opportunities when starting wideout Julio Jones went out with an injury during the game. Additionally, his snaps were up as wide receiver A. J. Brown works his way back from injured reserve.

He had four receptions in each of his four targets for 30 yards Sunday.

Offensive linemen Tytus Howard of Houston and Brandon Parker of Las Vegas both had excellent days as their teams came through with victories.

Both Howard, in his third year out of Alabama State, and Parker, a fourth-year veteran from NC A&T, were in on all their teams’ offensive plays.

Howard logged all 59 plays as the Texans put up 284 yards of offense in downing Jacksonville, 30-16. It was the third win of the year for the Texans.

Parker was on the field for all 69 Raiders’ snaps in a 16-14 win over Cleveland. Las Vegas put up 334 yards of offense and improved to 7-7. The Raiders are still in the hunt for a playoff spot.

On special teams, Rogers returned a first quarter punt 55 yards, from his own 10 to the Pittsburgh 35, to set up Tennessee’s first score. It was the second longest return of his career.

Rogers currently stands fifth in the league in punt returns. He has brought back 23 on the season for 242 yards, an average of 10.5 yards per return. The 6-foot, 184-pounder has two returns for over 20 yards and now one for over 40 yards.

As a kickoff returner, he averaged 20 yards on two returns vs. the Steelers. His first went for 21 yards and the second for 19. Rogers has returned 12 kickoffs this season for 225 yards (18.8-yard average).

Darius Leonard was up to his old tricks in willing the Colts to a key win over the New England Patriots. For his exploits, he was named the AFC Defensive Player of the Week.

This is the way Cody Manning of indianapolscolts.com, described Leonard’s game against the Patriots – a 27-17 Colts’ win.

“Darius Leonard was doing his maniac things throughout the night. After getting hurt in the first quarter, he immediately returned and helped shut down the New England offense.

“He was flying all over the field, and ended his day with 10 tackles (eight solo), one TFL, one QB hit, one PD, and one interception. Leonard had a couple of close calls when he peanut punched another ball out but the Patriots recovered it. The linebacker also got close for his first sack of the season but affected the throw by Jones. He has now been involved with 11 turnovers this season.”

Here’s a link to the video of his interception.

More on Leonard, “The Maniac”

“With his interception and forced fumble on Saturday, Leonard became the only player in at least the last 30 years to have 15 forced fumbles and 10 interceptions over the first five seasons of a career. Leonard, of course, is currently in just his fourth season in the NFL.

Leonard has had a hand in 10 of the Colts’ 31 takeaways between his five forced fumbles recovered by teammates, three interceptions and two fumble recoveries from teammates’ forced fumbles.

“He is elite at his position,” defensive tackle DeForest Buckner said. “He is the best linebacker in the game. He’s a turnover machine. You can count on him every game to at least knock a ball out, get a pick, whatever it is. He’s going to end up with one takeaway.”

This is the fourth time Leonard has been named AFC Defensive Player of the Week, with his previous honors coming in Weeks 2 and 17 of the 2018 season, and Week 17 of the 2020 season.

The new surge in COVID cases throughout the league has devastated some rosters and opened opportunities for others.

Levine Sr., the Tennessee State product who had played very few snaps on defense this season, got in on 19 snaps and had two solo tackles Sunday as a linebacker in the Ravens’ 31-30 loss to Green Bay. He also had one solo tackle in his usual role on special teams.

#50 – DARIUS LEONARD, LB, Indianapolis (4th season, SOUTH CAROLINA STATE) – In 27-17 win over New England, Leonard led the Colts with ten tackles, eight solos, one tackle for loss, one quarterback hit, one interception, one forced fumble and one pass defended. He was in on 67 plays on defense (99%) and three plays on special teams (3%).

– #75 BRANDON PARKER, OT, Las Vegas (4th season, NORTH CAROLINA A&T) – In the Raiders’ 16-14 win over Cleveland, Parker started at right offensive tackle for an offense that rushed for 98 yards on 25 carries yards and passed for 236 yards and one TD while giving up two sacks. Parker played all 69 offensive plays (100%) and four special teams’ snaps (4%).

– #97 JAVON HARGRAVE, DT, Philadelphia – In 27-17 win over Washinigton, Hargrave had four total tackles, one solo, a half-sack and one hit on the quarterback. Hargrave played 31 snaps on defense (56%).