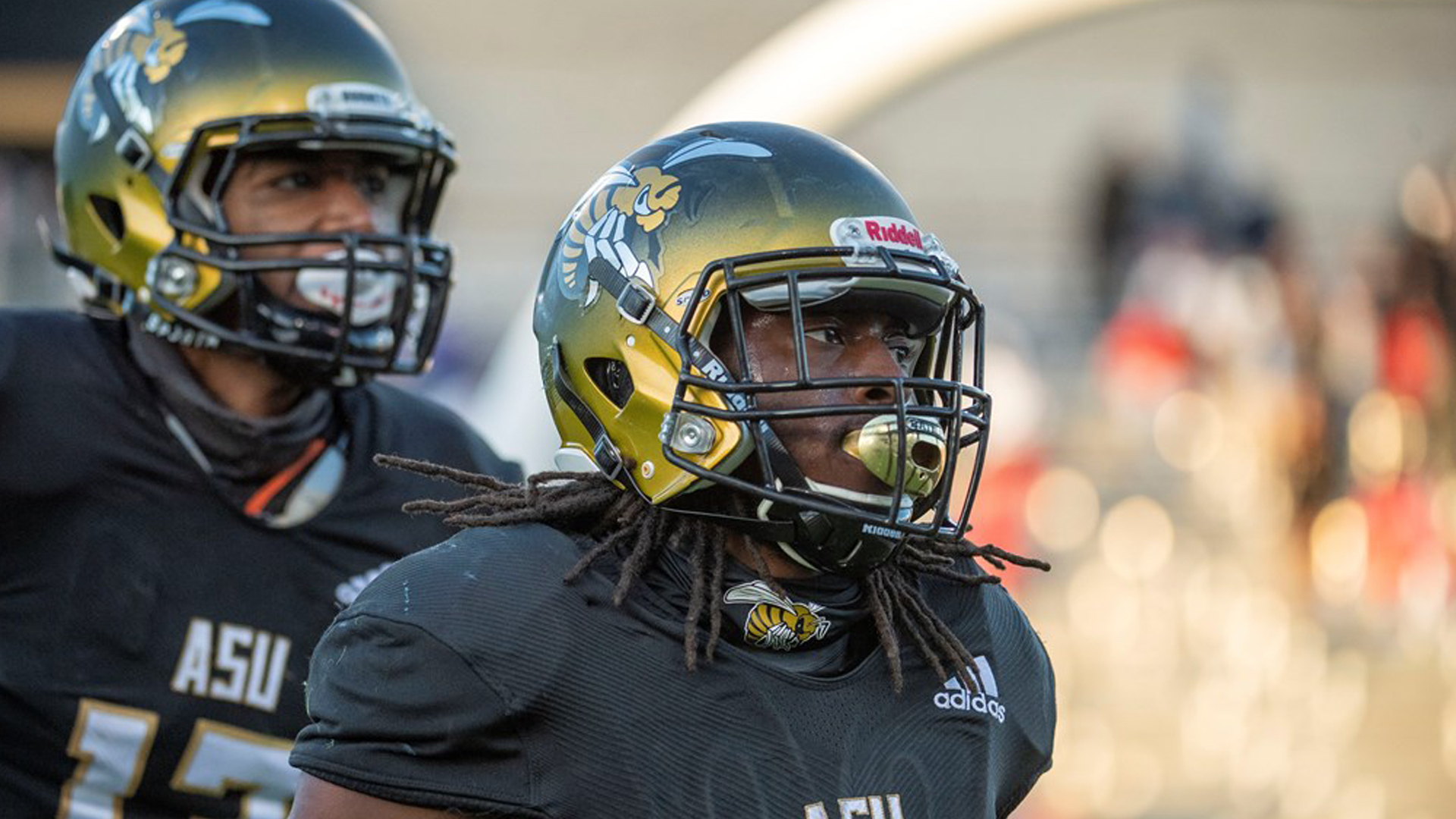 In this scenario, the Tampa Bay Buccaneers select Alabama State running back Ezra Gray in the fifth round.

NFL mock draft season is upon us now that college football bowls are wrapping up. In this scenario, the Tampa Bay Buccaneers select Alabama State running back Ezra Gray in the fifth round.

The Tampa Bay Buccaneers will have a lot of questions to answer in the running back room this offseason. Leonard Fournette is their leading rusher and is on pace for a thousand yard season. Fournette is set to be a free agent this year and the Buccs may not have the coins to bring him back. The production of the running backs takes a huge dip after Fournette. The next highest rusher for the Buccs is Ronald Jones with 337. Jones is free agent as well. The writing is on the wall for Tampa Bay to pick up a running back or two in the draft

In this NFL mock draft the Tampa Bay Buccaneers select Alabama State running back Ezra Gray with their fifth round pick. The First Team All-SWAC running back would bring a special pass catching ability to the backfield. Gray tallied 41 receptions for 256 yards in his four year career with the Hornets. His longest reception went for 43 yards. He racked up 1,875 yards on the ground on 441 attempts. Ezra Gray certainly brings versatility to an already dynamic Tampa Bay offense. The top running backs in theleague are taking over because of their ability to get involved in the passing game. This includes Jonathan Taylor of the Colts and Alvin Kamara of the Saints. The Buccaneers have seven picks in this draft and may spend even two on a playmaker in the backfield.