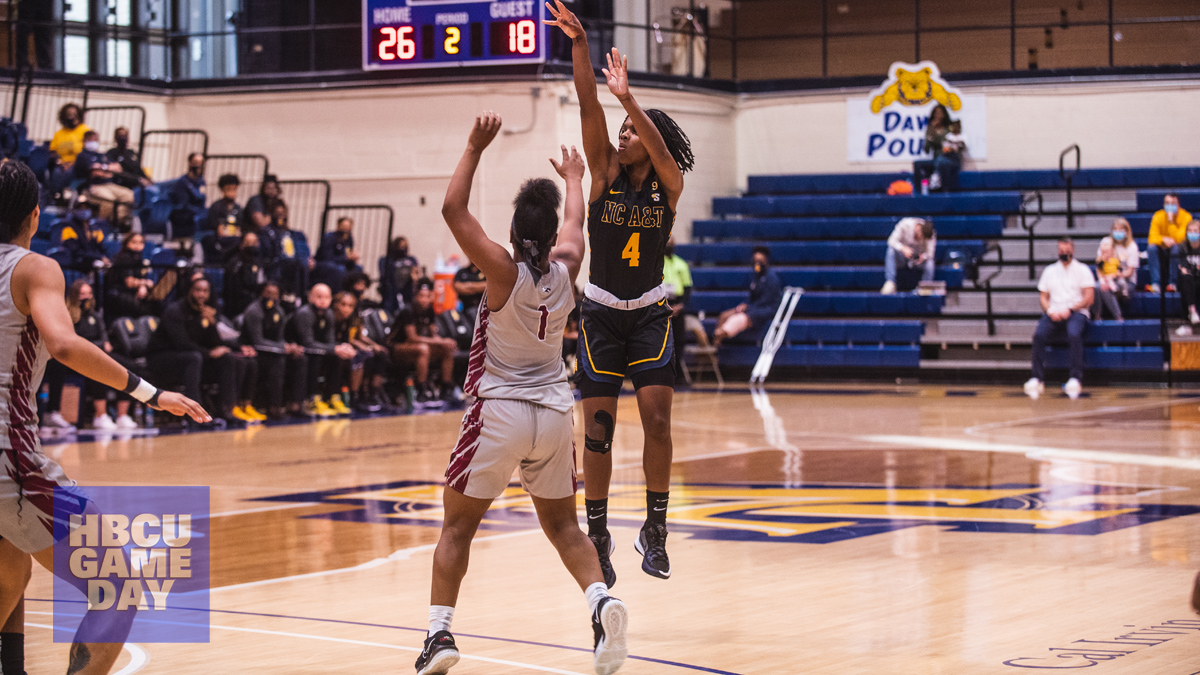 Shareka McNeill shines as Big South Player of The Week

After not playing organized basketball for nearly two years, NC A&T’s Shareka McNeill has been named Big South Player of the Week.

“In our last two games, Shareka has begun to live up to her reputation as an impact player on both ends of the floor, which has elevated our level of play as a team,” A&T coach Tarrell Robinson said. “This acknowledgment is an example of it.”

She started the week with an A&T career-high 25 points in a 75-59 win against East Carolina Thursday at Corbett Sports Center. On Sunday, McNeill followed up with 22 points in an 87-77 double-overtime loss at Cincinnati.

The Division II transfer out of Virginia Union shot 10-for-16 from the field against the Pirates, including 5-for-8 from 3-point range. Against the Bearcats, she was 8-for-17 from the field and 6-for-11 from three.

With the Aggies trailing by three points against UC with six seconds left, McNeill hit a 3-pointer with 0.2 seconds to tie the game at 66 to send it to overtime. Her eight-point fourth quarter helped the Aggies overcome a 19-point second-half deficit. She also hit a layup in the first OT, leading to the second OT.

Shareka McNeill also had a 12-point second quarter to help the Aggies take control of the game against ECU. The Aggies return home to face Longwood Wednesday, Dec. 29, at 6 p.m. for the Big South opener.

Shareka McNeill shines as Big South Player of The Week