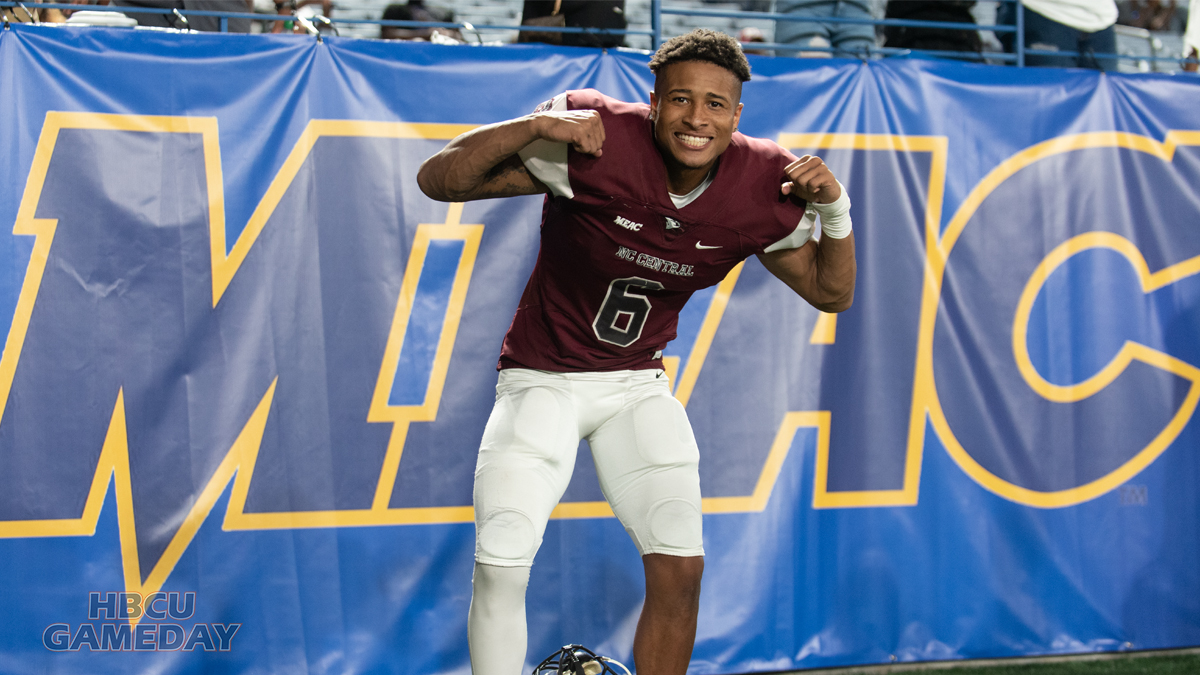 NC Central gets statement win for MEAC over SWAC

North Carolina Central’s win over Alcorn State in the MEAC/SWAC Challenge was big for the league and the program.

Both of them may eventually come true as early as this year, but neither of them happened on Saturday night at Center Park Stadium.

North Carolina Central’s 23-14 win over Alcorn State continued the MEAC’s bullying of its Southern running buddy and ASU’s struggles in the official-unofficial capital of the new South.

Oliver: We play good football in the MEAC

NCCU head coach Trei Oliver has coached in both the MEAC (at North Carolina A&T) and SWAC (Southern and Grambling) as an assistant before leading his alma mater. He says he doesn’t get why there is so much hype about the SWAC when the head-to-head matchups favor the MEAC.

“We have a chip on our shoulder,” Oliver said after the game. “Because my question is: why is so much talk about the SWAC and we’ve owned Atlanta for the past 14 years? I don’t get it.”

The MEAC/SWAC Challenge has only been in Atlanta since 2018. But clearly, Oliver is talking about the MEAC’s dominance in the series no matter where it has been played. The SWAC has now lost 11 of the 15 opening-season contests between the two conferences.

As for Alcorn State, its troubles in the Peach State continue.

Alcorn has lost three Celebration Bowls to North Carolina A&T since the game began in 2015. Saturday’s game didn’t have as much at stake as those games, but it was important.

“Adversity struck and like I told the guys in the pregame, adversity is going to strike, it’s how well you can bounce back from it,” Alcorn head coach Steve McNair said after the game. “We didn’t do a good job of bouncing back from it.”

It was expected to be a slam dunk win for the program despite not having suited up since that 2019 Celebration Bowl when A&T put up 61 on the SWAC’s champion. McNair didn’t use the layoff as an excuse, however.

“Coming off of a layoff like we did — we didn’t play in 2020 or the spring — I don’t think that hurt us,” he said. “We just made some simple mistakes that can be corrected. That’s one promising thing about it. It can be fixed.”

But it was also North Carolina Central’s first game since A&T brought its 2019 season to miserable end in a 54-0 loss. And NCCU played with an intensity that could be felt along with the heat and humidity on the field.

Time will tell if Alcorn State can make the necessary corrections to start in the A and end in the A, as its quarterback famously said this spring. But for now, the MEAC has yet another feather in its cap over the SWAC.

NCCU senior running back Isaiah Totten might have best summed up how his team and its conference are feeling after making a stand in Atlanta.

“We want people to keep sleeping on us,” he said with a smile. “We’ve got a lot more to prove.”

NC Central gets statement win for MEAC over SWAC