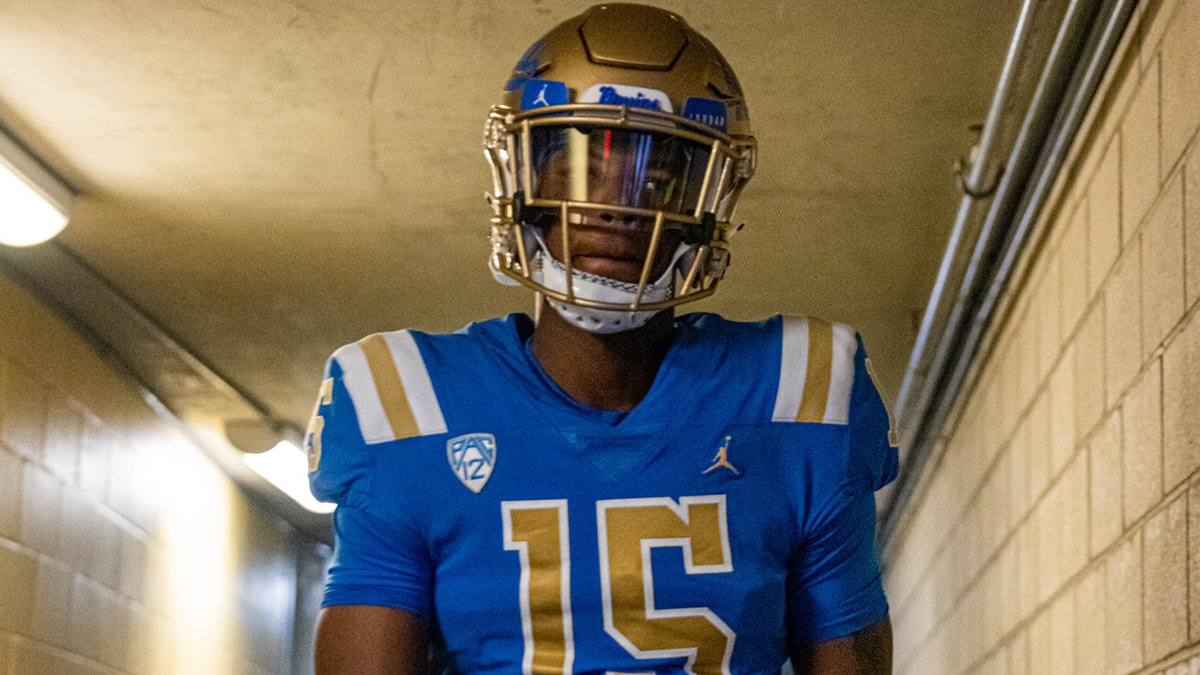 Former UCLA quarterback Kajiya Hollawayne is taking his talents to an HBCU.

Hollawayne has committed to play for new head coach Hue Jackson at Grambling State. He made his announcement via Twitter on Wednesday night.

A 6-4, 210-pound dual-threat quarterback from Jacinto (Calif.), Hollawayne was ranked as a three-star prospect by 247 Sports, and rated as the 59th best quarterback in the 2021 class. He had offers from Kansas, Nevada, Indiana, Fresno State and several other FBS programs, but he chose UCLA.

Hollawayne never saw action on the field in 2021, and he entered the transfer portal on Dec. 7. A few days later, Jackson was announced as Grambling’s new head coach. The former NFL head coach and offensive coordinator quickly reached out to him with an offer, and apparently, it didn’t take long to sell him on becoming a G-Man. He has four years of eligibility remaining.

Grambling has a history of producing great quarterbacks, and it already has a pretty talented one on the roster in Noah Bodden. The New York native just finished his freshman campaign. It will be interesting to see if he sticks around or hits the transfer portal with a new regime coming. In any event, Hue Jackson has a history of developing great college quarterbacks as he coached both Carson Palmer and Matt Leinhart at USC. Now he’s got another California quarterback to work with.