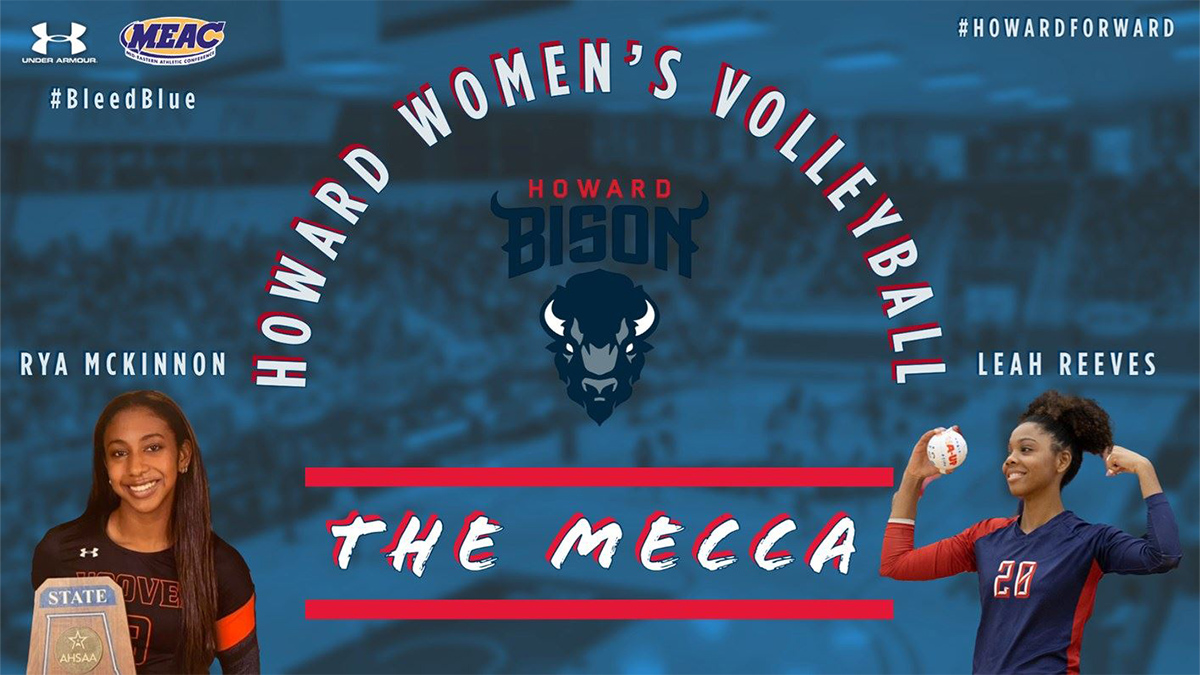 “Both of these young women are incredible student-athletes that will challenge themselves athletically and academically at Howard University,” said Howard women’s volleyball head coach Shaun Kupferberg. “They will fit our culture perfectly and I’m so excited that they will be joining us in the fall.”

Here is more information on the two newcomers:

“Rya is a six-rotation outside that has been repeatedly recognized nationally as an elite player,” Kupferberg stated. “She is strong at every facet of the game with her passing and hitting being among the best in the 2022 class. She has the maturity to compete at the collegiate level immediately.”

Academically, McKinnon averages a 4.0 grade point average and chose HU because of the family atmosphere.

Reeves comes to The Mecca after a four-year career at Allen H.S. (Allen, Texas). As the captain of her team, she was named to the Academic All-State Team and All-District Team. Reeves was also placed on the Under Armour All-American watch list in 2021.

“Leah has the athleticism and accuracy as a setter to be successful at the highest levels,” said Kupferberg. “She has a quick and aggressive style that makes her one of the most dynamic setters in her class. Leah makes an impact in every play and I’m excited to have her on our court this fall.”

Reeves chose HU because of its academic excellence and family environment.