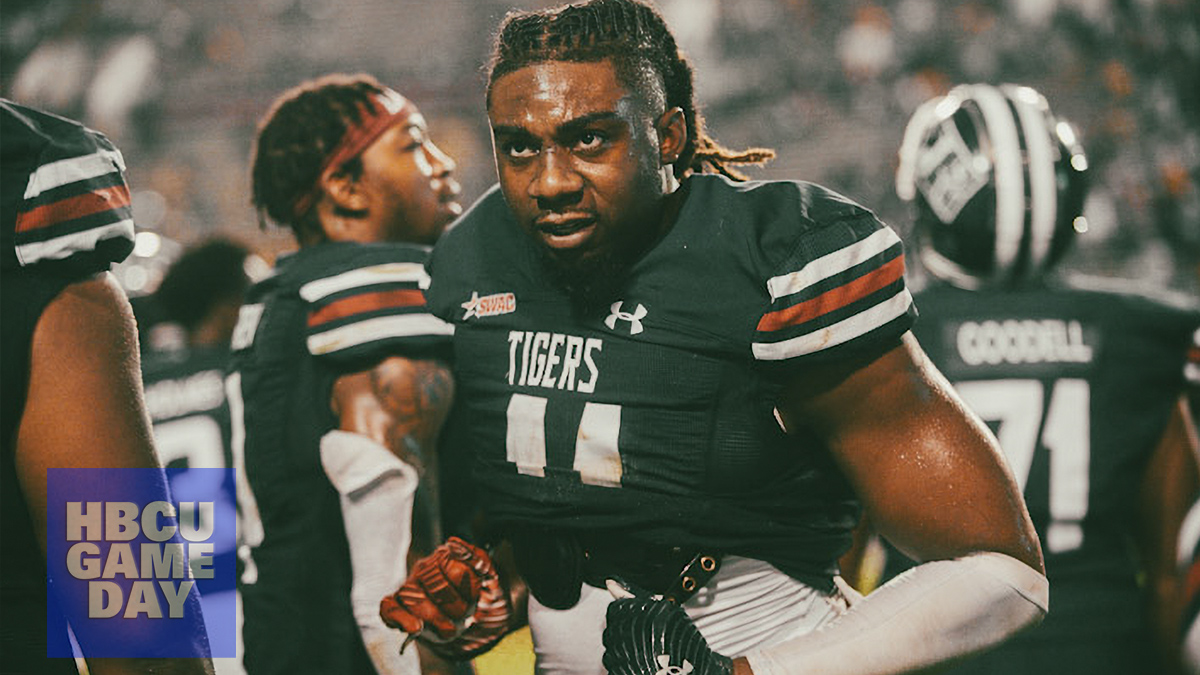 Several NFL draft prospects will be on display this Saturday in the Celebration Bowl. Here are a few names to watch.

Several NFL draft prospects will be on display this Saturday in the Celebration Bowl. Here are a few names to watch.

James Houston transferred to Jackson State from the University of Florida as a graduate student in 2021. The linebacker racked up 100 tackles, 10.5 tackles for a loss, 4.5 sacks and three forced fumbles in four seasons with the Gators. He transferred to Jackson State with the NFL Draft at the forefront of his mind. Houston posted 47 tackles, 14.5 sacks, four forced fumbles, and a sack in his final collegiate regular season with JSU.

Decobie Durant is a senior defensive back for South Carolina State University and the 2021 MEAC Defensive Player of the Year. Durant had a stellar career with SCSU that included 37 tackles this year. He led the league in passes defended with 14 and tied for second in interceptions with three. Two of those interceptions came against a Clemson Tigers team that was nationally ranked in September. Even though Durant plays in a smaller conference, he proved his ability to make plays could transfer against tougher competition. He will have another opportunity to prove that on Saturday against Jackson State University.

“We just gotta play hard and don’t let the stage, the bright lights get to you,” Durant said when asked about the key to the Celebration Bowl. “Just come in and play hard, play fast, play physical, and don’t back down. Even though they’ve got a good fan base coming in behind. So it’s going to be great going in there and playing against them and playing against Deion (Sanders). So it’s going to be a great game.”

Keith Corbin III is a senior wide receiver at Jackson State and the go-to guy in the Tigers offense. Corbin spent five seasons with the University of Houston before transferring to Jackson State in 2021. The wideout tallied 2,364 yards, 159 receptions, and 19 touchdowns in his six-year collegiate career.

700
The Latest in HBCU Sports and Culture