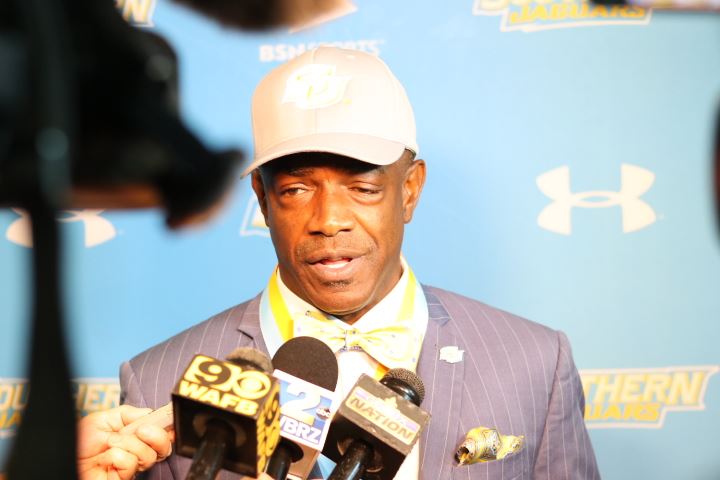 Eric Dooley most recently led Prairie View to the 2021 SWAC Championship game and won the SWAC Western Division Championship, finishing with an 7-5(6-2 SWAC) record. Four Panthers earned all-conference honors during the 2021 campaign. The Panthers under Coach Dooley Prairie View finished third in both team total offense and defensive categories in 2021.

The AFCA began recognizing district coaches of the year following the 1960 season. The awards were established the same year Eastman Kodak agreed to sponsor the AFCA Coach of the Year award. Prior to 1960, the Scripps-Howard newspaper chain had sponsored the program, which recognized one national Coach of the Year.

The AFCA first recognized eight district winners in each of two divisions: university and college. In 1972, a ninth district was added in each division. In 1983, the award was changed to recognize regional winners instead of district winners. The number of divisions was also increased from two to four and five regional winners were selected in each division. This resulted in a more equitable selection process and better represented the make-up of the membership. At the same time, the new system increased the number of honorees from 18 to 20. In 2006, the AFCA Division II Award was split into separate Division II and NAIA divisions, giving us the 25 winners, we now recognize.

For more information about the AFCA, visit www.AFCA.com. For more interesting articles, check out AFCAInsider.com and subscribe to our weekly email.

Reserve your 2022 Season Tickets now by using the link below.