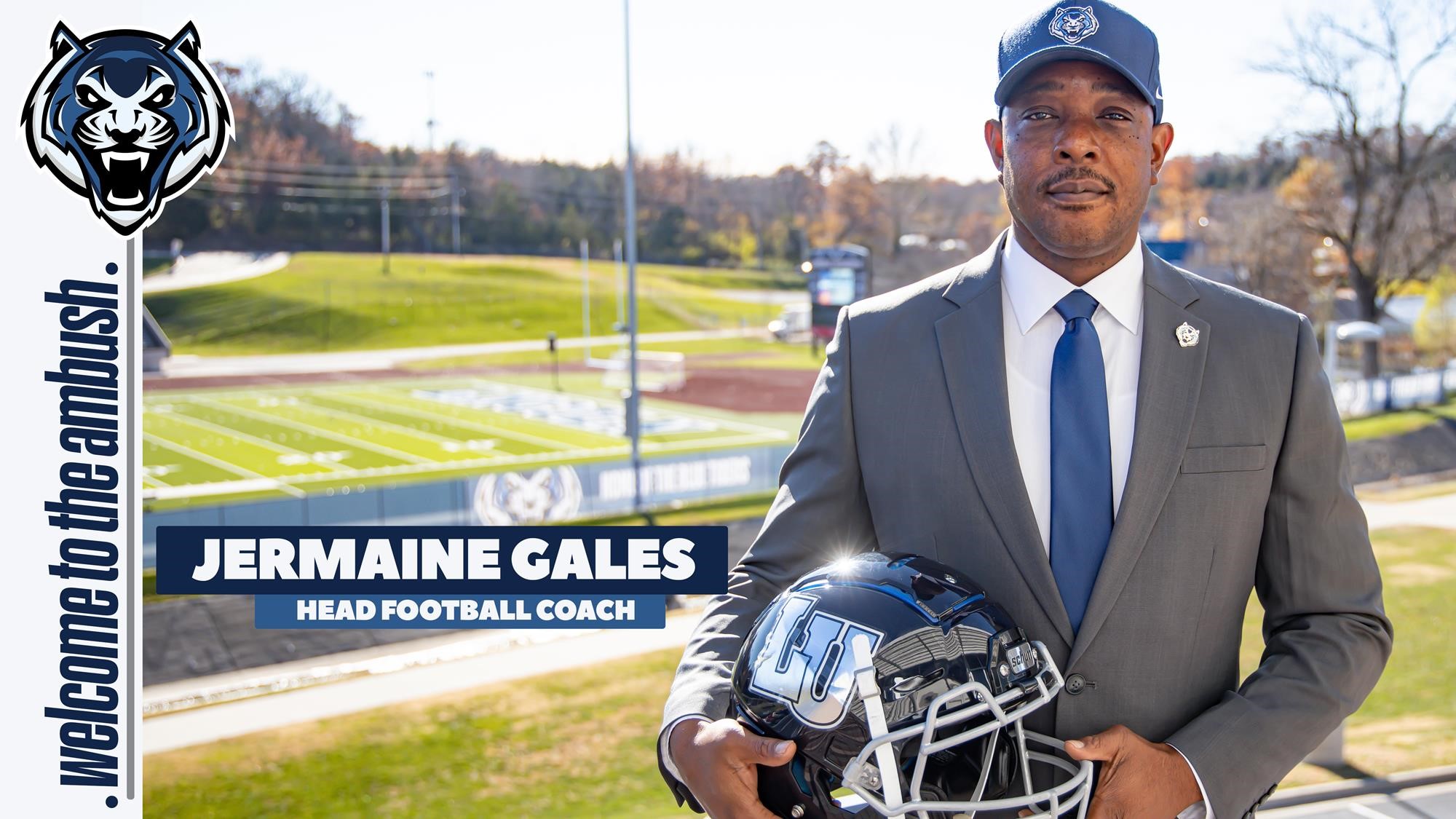 Lincoln (MO) has named veteran HBCU assistant coach Jermaine Gales as its next head coach. He’s coached in the SWAC, MEAC and CIAA

JEFFERSON CITY, Mo. – The Lincoln Athletic Department announced on Monday (Nov. 29) that Jermaine Gales will be the next head coach of the Blue Tiger football program.

“Coach Gales is the right leader to move LU Football forward,” said Kevin Wilson, Vice President of Advancement, Athletics, and Campus Recreation. “Despite limited resources, he’s recruited high-level student-athletes who became alumni and productive citizens, maximized talent to achieve what others thought to be improbable, and engineered successful programs. I look forward to celebrating many milestones with Coach Gales at the helm.”

Gales, who has nearly 20 years of experience as an assistant coach at the NCAA Division I and Division II levels, has established a proven track record of building and developing successful programs. Gales was hired in November of 2020 as the Associate Head Coach, Offensive Coordinator and Quarterbacks Coach at Bluefield State, an HBCU that had discontinued its football program in 1981. This past fall, in the Big Blue’s first football season in 40 years, Gales helped lead the program to a 4-3 record.

“I am beyond excited about joining the Ambush,” Gales said. “The opportunity to impact the lives of young men as a head football coach has been a dream of mine since blowing my whistle for the first time.  This is an opportunity to build something special and do something that has never been done before, in a community like Jefferson City, with an athletic director and president who are committed to developing our young men. I couldn’t be more excited to become the leader of the Blue Tigers. My family and I look forward to sharing the journey with the Lincoln University community, alumni, and fans.”

Before building the program at Bluefield State, Gales spent two seasons at Arkansas-Pine Bluff, where, as the offensive coordinator, he took a team that hadn’t won more than two games in a season since 2014 and helped lead it to a winning record in 2019. That season, Gales directed an offense that averaged 443.4 yards per game, the third-most in the Southwestern Athletic Conference and the 17th-most in NCAA Division I FCS. In his first year with the team in 2018, Gales devised an offense that ranked third in the SWAC with 423.5 yards per game, an improvement of over 100 yards per contest from the previous season.

In 2016 and 2017, Gales was the wide receivers coach at North Carolina Central and helped the Eagles win 17 games in that span. In 2016, Gales directed a receiving corps that scored 19 touchdowns, finished 18th in the FCS in yards per completion. The Eagles went undefeated in conference play that season and played in the Air Force Reserve Celebration Bowl. NCCU again posted a winning record in 2017 and ranked fourth in the Mid-Eastern Athletic Conference in total offense, with Jacen Murphy leading the league in receptions per game while finishing third in total receiving yards.

Gales worked as the wide receivers coach at Mars Hill from 2006-09 and again from 2013-15. In between those stints, Gales served as the offensive coordinator and coached the running backs and receivers at Saint Augustine’s, helping the program twice break season records for points per game. In 2010, Gales helped lead the Falcons to a win in the Pioneer Bowl, marking the first postseason victory in program history.

Gales graduated from Southern Arkansas in 2002 with a bachelor of science degree in biology and a minor in human performance and recreation. He later earned a master of education degree in kinesiology from SAU in 2005.

Before entering the coaching ranks, Gales spent two seasons playing at Mt. San Antonio as a receiver before transferring to Southern Arkansas, where he helped the Muleriders win the 1997 Gulf South Conference championship. Gales served as an assistant at SAU from 2003-05, helping develop the program’s receivers.

Gales and his wife, Kizzy, have been married for 17 years and have six children: Devaughn, Kassidy, Braeden, Tailagua, Ettastajia, and Darius. Gales also has three grandchildren: Jhase, De’Mauri and Ava.

What Others Are Saying About Coach Jermaine Gales

“Jermaine was a key component of us building a championship caliber program and culture at North Carolina Central. His Offensive Coordinator & Associate Head Coach experience helped me tremendously. He has always put the student-athlete first and looked at programs from a 10,000 feet perspective. I’m excited to see his vision, leadership, and exciting offense for Lincoln.” – Jerry Mack, Running Backs Coach, Tennessee

“Coach Gales’ energy, coaching success, and passion for turning a program around makes him an excellent choice to lead the Lincoln University football program. Across the country, he is recognized as one of the top up-and-coming coaches in the nation. Gales is someone who is a relentless, proven recruiter who has seen remarkable success. On top of that, he places a high value on culture and developing student-athletes.” – Christopher Robinson, Athletic Director, Arkansas-Pine Bluff

“Jermaine and I have been friends for well over a decade, and it was a blessing to have him as our offensive coordinator & associate head coach. Outside of his proven skills as an OC, we could not have accomplished the things we did here. He was invaluable to me as a confidant in my first year as a head coach and will always be a great friend! Coach Gales truly cares about the development of young men off the field as well as on it. Lincoln University is getting a great one and he is ready for this opportunity! It is long overdue!”  – Tony Coaxum, Head Coach, Bluefield State

“There is no doubt Coach Gales will be successful and amazing as the leader of the Lincoln football program. He is a relentless recruiter and has an outstanding offensive mind that will bring relevance and credibility to this football program. The future looks very bright.” – Toriano Morgan, Head Coach, Edward Waters

“Jermaine Gales is an excellent football coach and a great leader of men. Lincoln University is fortunate to have a man of Coach Gales’ character to lead their football program. Lincoln’s program will improve the moment he steps foot on campus.” – Tim Clifton, Head Coach, Mars Hill