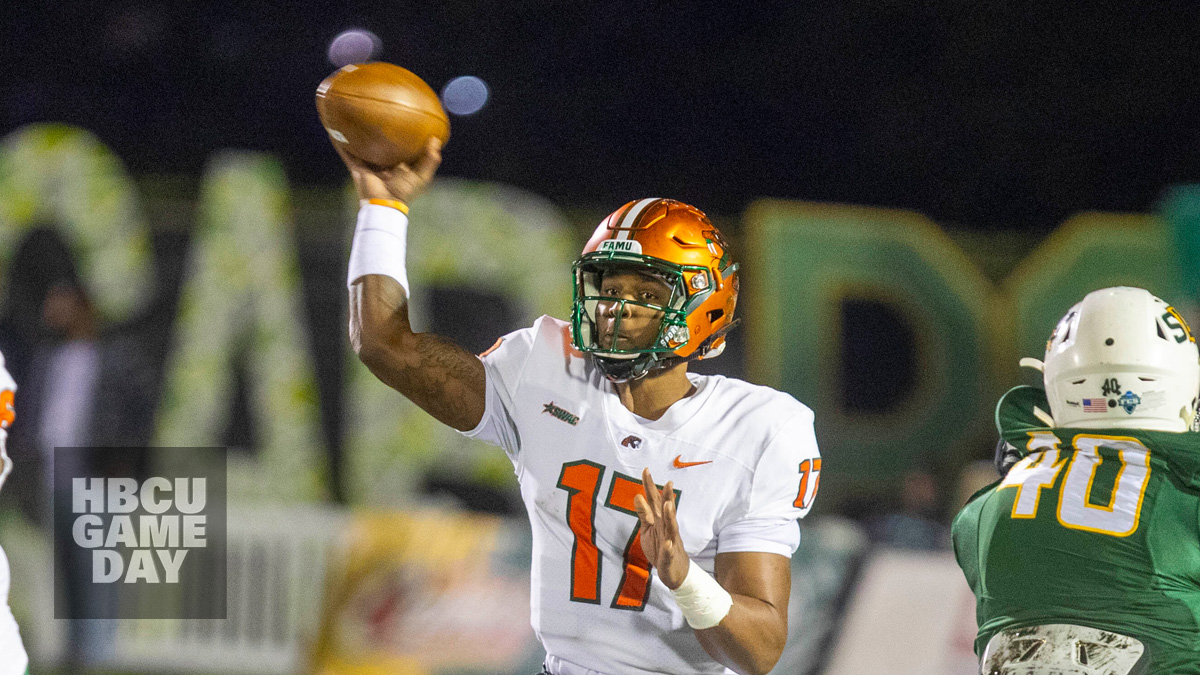 Four HBCU takeaways from FAMU in the FCS playoffs

Florida A&M ended its season with a loss in an uncomfortable atmosphere. There are some things HBCUs can takeaway from the FAMU experience writes Vaughn Wilson.

FAMU became the first SWAC school in over 20 years to reach the NCAA FCS Playoffs.  While Florida A&M was defeated 38-14 by Southeastern Louisiana, there were some things to be noted from its brief appearance.

Less than 24 hours after the FAMU vs SLU game, NFL scouts that weren’t able to make the actual game were ringing head coach Willie Simmons to come watch the coach’s video of the game.  One West Coast NFL team made arrangements to watch the video with Simmons on Monday.

While FAMU is in the SWAC, most NFL scouts like to see players against top-level competition.  They often watch film of when HBCUs play FBS schools and NCAA playoff games represent that level for them as well.

Of particular note is Markquese Bell.  Considered possibly FAMU’s highest draft pick in decades, Bell helped his stock with 16 solo tackles against one of the top offenses in FCS.  Additionally, Savion Williams, Keenan Forbes and Antwon Collier had impressive games against good competition.

Make no mistake about it, FAMU’s goal for the 2021 season was to win the SWAC Championship.  After a one-point loss to Jackson State and with no one looking up to the task of defeating JSU, the FAMU turned toward the goal of making the FCS Playoffs.-

Because of the SWAC’s lack an automatic bid, the path forward would be difficult.  It would essentially have to run the table after a 1-2 start.  It was able to reel off eight wins in a row, exercising the demons of Camping World Stadium and a nine-year losing streak to rival Bethune-Cookman in the process. The style points from the Florida Blue Florida Classic propelled the Rattlers into the FCS Playoffs.

Selection into the FCS Playoffs was bonus football as far as FAMU was concerned.  While losing to a team that executed better than it did was disappointing, it couldn’t quite overshadow the team doing what it had to do to get the opportunity to move forward in the bracket.

The most successful HBCU coach in FCS playoff wins was Billy Joe.  At FAMU he would win three games in six attempts at the NCAA FCS Playoffs.  His most successful run was in 1999 when the Rattlers beat Appalachian State (44-29), Troy State (17-10) and lost to Youngstown State (27-24) in the semifinal round of the playoffs.

Of course, Rudy Hubbard had an unblemished record of 2-0 in the FCS Playoffs, winning the 1978 championship in its first year.

Fan Support Is Needed In The FCS Playoffs

Hammond, LA was over six hours from Tallahassee and away from Central and South Florida.  These are the core areas of FAMU’s fan base.  Still, over 2,000 proud Rattlers showed up to the hostile environment.

While the fans did not get the outcome they wanted, the message was clear.  They would follow their team to wherever they played as a show of Rattler pride.

At the conclusion of the game, the fans began to sing the FAMU alma mater, even while the players were shaking hands with their opponents in defeat.  When Simmons gathered the team over in the fan section, if you hadn’t seen the scoreboard, you would not know that this team had been handily defeated by the SLU Lions.  Flags were waving, thunderous applause, a standing ovation and cheers for the coaches and players reached high decibels.  Ironically, many SLU fans were looking over in confusion as to what the fans were celebrating.  The players joined in as the fans again sang the alma mater.

Simmons responded in the post-game presser that in his 17 years of coaching and many more years as a player, he had never seen a fanbase that supportive of their team.

This final point may fall on some deaf ears, but it is my belief after watching the game that HBCUs need to schedule more PWIs, including higher-ranked FCS schools.

HBCU football is a comfort zone.  Schools in these conferences have predictable football contests each year.  At the end of the year, the Celebration Bowl crowns a champion from within the MEAC and SWAC circle, based on how they performed against each other that year.

Interestingly, the most successful team in the Celebration Bowl era left the arena.  North Carolina A&T, which has dominated the Celebration Bowl, joined the Big South to expand its horizon.  It had been playing tougher FCS schools and FBS schools with moderate success even before its exit.

NC A&T athletic director Earl Hilton is a very bright man.  He understands that elevating the program meant stepping out of the comfort zone.  He and the administration understand the grand scheme of being considered a top FCS program, it will not just come in the HBCU realm.  A&T is taking its lumps at the moment, but they are also getting adjusted to playing in other environments on a regular basis — something that FAMU faced on Saturday.

Thus, it becomes more normal and the teams will adjust to playing at a different level.  Being cautious not to use the word “better,” I expressly say that there are differences in competing at the HBCU and competing at the greater FCS level. Those differences will only be mitigated by going in and beating those opponents.

Four HBCU takeaways from FAMU in the FCS playoffs