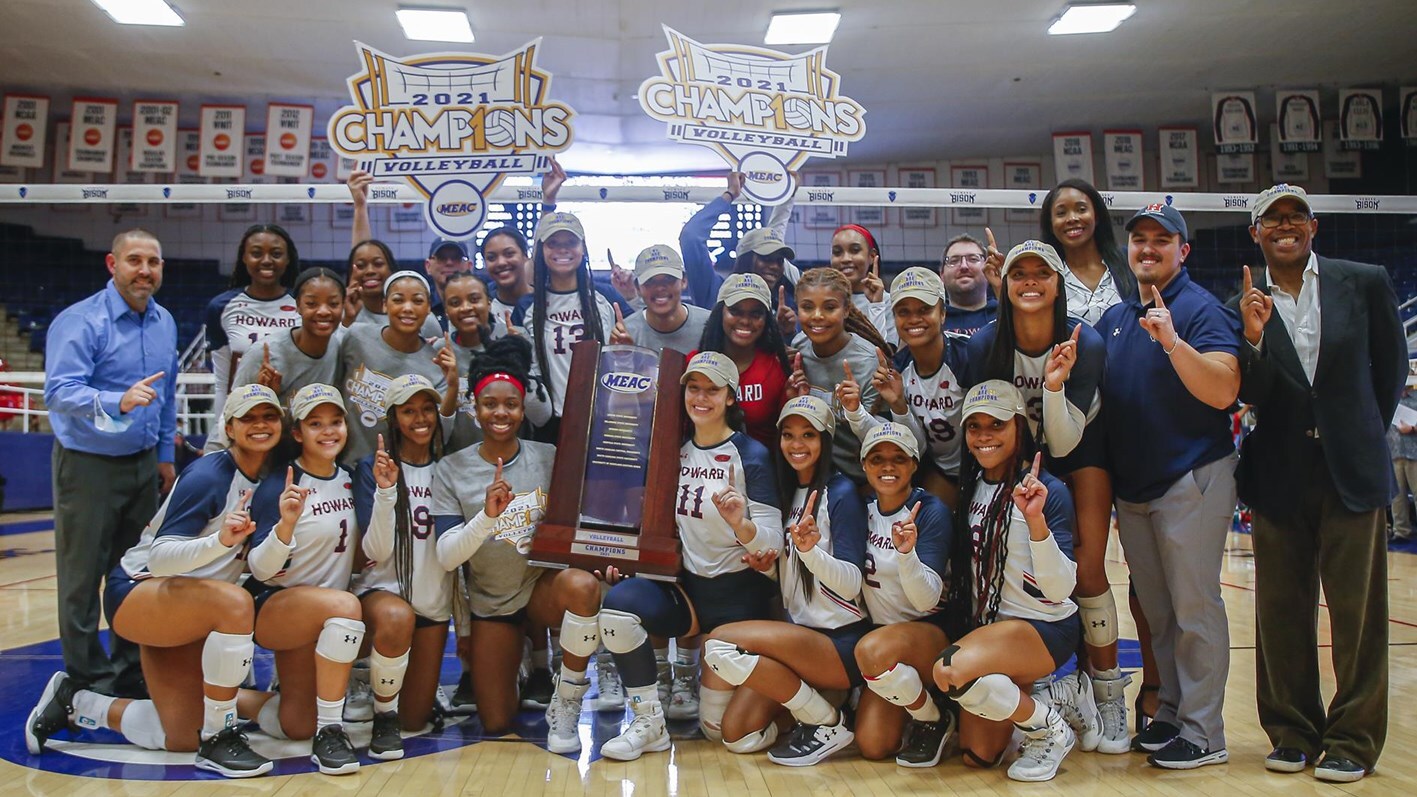 Howard University, the 2021 MEAC Volleyball Champion, will take on Ohio State in the opening round of the NCAA Division I Tournament.

WASHINGTON (November 28, 2021) – The NCAA Volleyball Committee revealed its 64-team bracket and the Howard University women’s volleyball team drew No. 9 The Ohio State Buckeyes in the First Round. The announcement came Sunday night during the selection show on ESPNU.

Howard University takes on the Buckeyes on their home court in Columbus, Ohio. Friday’s (Dec. 3) match time is set for 7 p.m. (ET).

Sunday (Nov. 21), the Bison won their sixth Mid-Eastern Athletic Conference (MEAC) title in seven seasons after knocking off Delaware State, 3-1. With the victory, Howard tied Florida A&M for the most conference titles in league history (13).

Overall, this will be Howard’s seventh NCAA appearance.

Entering Sunday, the Buckeyes (25-5) ranked No. 9 in the most recent American Volleyball Coaches Association (AVCA) Top 25 Poll and has won seven straight matches, including a 3-0 victory over Maryland Friday (Nov. 26).

Ohio State finished the regular season tied for third in the Big Ten, behind only No. 4 Wisconsin and No. 10 Nebraska.

The winner of Friday’s match will get the North Carolina-Tennessee winner in the second round Saturday (Dec. 4).