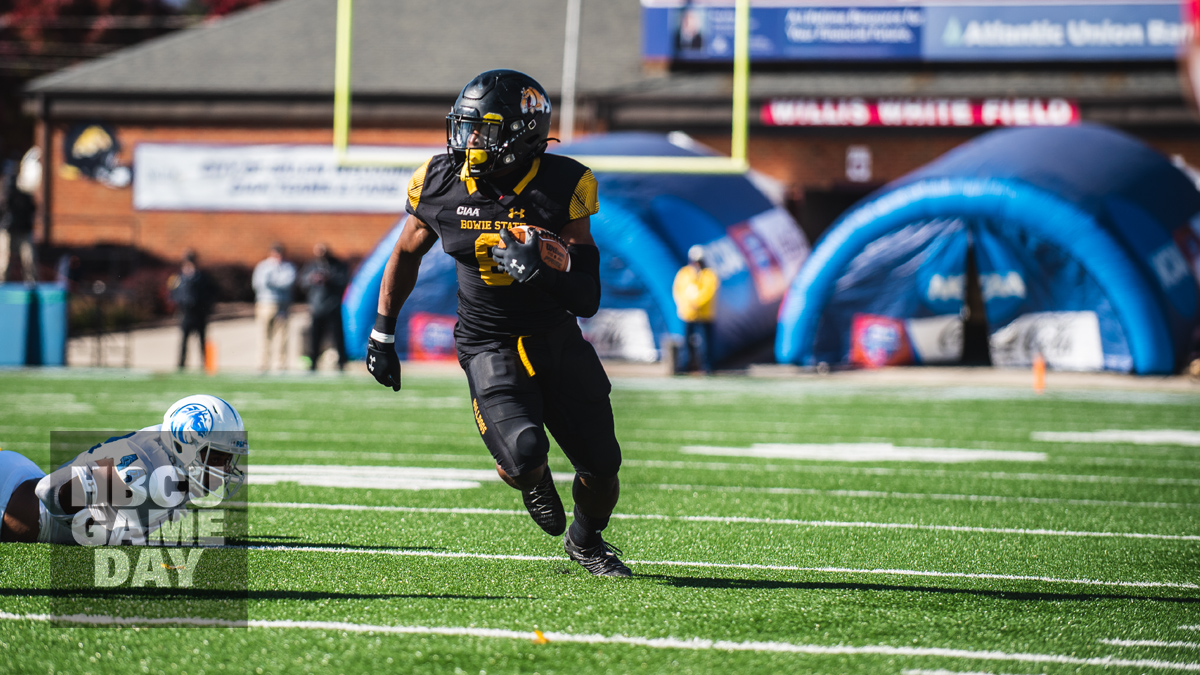 CIAA Champion Bowie State is looking to make history with a win against Newberry in the second round of the D2 playoffs.

Bowie State advanced to the second round this past Saturday with a convincing 31-10 win over South Atlantic Conference runner up Lenoir-Rhyne.  BSU enters this weekend in a game of conference champions, as SAC champion Newberry (10-1) heads to Maryland.  Let’s unpack four things to look out for in this week’s playoff matchup:

It’s not often to see a squad score as much on defense as Bowie State, but its defense has eight scoring touchdowns. Moreover, the defense has scored a variety of ways, including via fumbles and interceptions returned for touchdowns.  Speaking of fumbles, BSU is second in the country with 18 fumble recoveries.  BSU’s defensive machine went full tilt on Saturday, inducing four Lenoir-Rhyne turnovers in the effort. Moreover, BSU’s defensive play in the red zone continues to be strong too, creating goal-line stand after goal-line stand.

The Wolves are led on offense by quarterback Dre Harris (2272 yards passing, 18/8 TD/INT ratio, 7 rushing TDs) and running back Mario Anderson (1158 yards rushing, 11 rushing TDs). Harris is a mobile quarterback, and Anderson is a big playmaker.   It is likely that Newberry will rely on the passing game more given BSU’s stout defensive line play. Newberry has a pair of strong receivers in Bryson Woodruff (60 rec, 893 yards, 9 TDs, leads the SAC in receiving yards per game) and Bobby Irby (43 rec, 696 yards, 7 TDs) that the BSU secondary will need to contend with.

Newberry gives up 161 yards via the air and 127 yards on average on the ground per game.  BSU’s rush game has been stellar in the last few weeks, led former CIAA Player of the Year quarterback Ja’Rome Johnson, and Harlon Hill (the D2 version of the Heisman) Candidate running back Calil Wilkins.  Johnson has been banged up at times, but continues to motor along in BSU’s playoff run.

BSU’s unsung hero along its run has been punter Kenny Amaya, who has allowed BSU to pin opponents deep. Amaya averaged 35 yards a punt last Saturday, including pinning Lenoir-Rhyne inside the 20 twice. Therefore, BSU has had net gains in field position even when offensive drives have stalled out, and had occasionally led to short fields off turnovers.

108
The Latest in HBCU Sports and Culture